Grading Educators an A for Adaptability

Every alternate afternoon, Prisca Alvares patiently waits for a dozen happy faces to appear on her screen. But as the months progress, her Google Meets calls become characteristic of high absenteeism. Calmly, she accepts the dwindling race that has been set in motion. “It’s been a long nine months”, she ruefully admits. Troubles with transmission, having to share a smart device and the difficulty of sitting in one spot plague the lack of participation.

Alvares, a special educator with a rich experience of 30 years, caters to children with disabilities. She points to the brazen practice of allowing an abled child to use a smartphone over their sibling with a disability, which then hampers the child’s learning. She further adds, “It was even difficult to get all the children together at one time. Some preferred the classes to be held in the evening, while the others opted for a morning slot. It just wasn’t happening”.

On a lighter note, she quips, “I was getting monkey faces, and answers like ‘no, I don’t do’, some of them were bringing their phones right up to their faces, so I couldn’t see anything but their eyes. Others were putting me on mute. All I could do was laugh at them.”

But her predicament was affirmed by Christabelle Mascarenhas, an autism intervention therapist and a clinical psychologist at Ummeed Child Development Center, who has been keenly analysing every dent the lockdown has been making in the lives of children with disabilities. She declares, “Many children with disabilities have decided to skip this year.” She places blame on factors like having to sit in front of a screen for long hours that was further augmented by a small screen in the absence of a laptop.

Mascarenhas interestingly points to the paucity of interaction between the teacher and student as one of the leading reasons for poor attendance. She adds, “Only the teacher was speaking, and you had to listen, and you had to sit in one place. 90% of the kids couldn’t do it for three hours.” She explains that teachers, too, were figuring out what was happening. It wasn’t like a classroom setting where they could stop and ask questions. They didn’t use many virtual tools as well.

The shortcomings in terms of technological prowess and genuine struggle were evident in the initial months of the lockdown. But as time went by, educators and therapists went well beyond their comfort zones, donned metaphorical capes and rose as heroes.

Mascarenhas elucidates, “We started with what the child actually likes. Many of our kids like watching YouTube videos so I would create something small (based on) PJ Masks or any character that they like.” She says that talking about it for a measly five to ten minutes and following up with a reinforcement like a chocolate snack can be highly beneficial. “There was a teacher who was struggling to teach a child the preposition. So, she used Peppa Pig to explain it.”

In dealing with children with ADHD and autism, Mascarenhas offers valuable instruction. She brings to focus the strain that long hours in front of the screen can put on a child especially those “kids who had difficulties waiting and sitting”. She proposes “a fixed place in the house with less distractions” or for a child who can’t read time, placing an hourglass in front of them does the trick.

Over the course of the lockdown, she has also helped teachers structure their classes better. She says, “Kids with disabilities learn better with visuals. Placing a schedule on the left of the screen can help.” A visual schedule or timetable gives the child, especially one with autism, a sense of what’s going to happen next.

As the months flew by, educators became savvy and children listened with rapt attention. They explored and employed different backgrounds for their videos. In the case of a teacher covering phonetics, she had the alphabet in the background. The videos too were sourced from YouTube in contrast to ones that were painstakingly made. This opened the door to more animated and visually rich content, Mascarenhas says.

As for Alvares, she learnt to “go with the flow”. She tells The Citizen, “If I saw something not working out, I had to adapt to the situation. It was difficult, no matter what I did across the screen. Sometimes, I used to break out into a song just to make it interactive.”

When sensing regress in a few performances, she was quick to roll out an activity book of sorts. It covered reading, writing, math, along with oral language, general knowledge, art and craft, and activities of daily living. The children were so thrilled to call this book their own, she says. It allowed them to relate to the work being done on the screen and reinforce the teaching done by a worksheet. 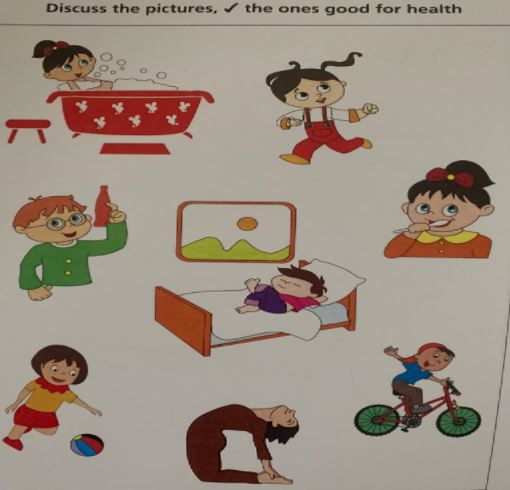 But Dr. Swapna Kamath, co-founder and director of IRA Gurukul Educational Trust (open schooling), hit the ground running. She beams, “We've been able to adapt almost all methodologies and therapeutic interventions to an online format”, though a virtual format can never replace one-on-one therapy, she quickly asserts. Every Individualized Education Plan (IEP) crafted for a child was revisited and revised so that it wouldn’t place too much pressure on the parent. Delving into the details she says, “We gave the parents a checklist to understand the skills and abilities of the students that were developed or improved during the online training.” To enhance sensory-based learning and to put a creative spin on the session, Dr. Kamath asked parents to procure common items like lady fingers or a box of grains, clips, earbuds, rava or atta.

Dr. Kamath, like the rest of the educators, exhibits an umpteen amount of patience. At the slightest sign of discomfort, she guides the parent to take control of the situation, “If they didn’t have a therapy ball. We asked them to replace it with a pillow or cushion”. Oftentimes she steps in to motivate the children by calling them the ‘Star of the Week’, and even asks parents to keep the stars handy.

While precariously tending and navigating each situation, educators and therapists have also morphed into emotional anchors for the parents of children with disabilities. Both Alvares and Dr. Kamath repeatedly asserted that they have always been available to the parents. “The parent, the child and the school” have to work in tandem. We had to constantly remind the parents that “we will all sail through this time”, says Dr. Kamath.

We call ourselves ‘the family’, says Alvares. Her former principal constantly reminded her that it was the parents who needed the reassurance. Admittedly, this stands true now more than ever.

“We can never give up”, says Dr. Kamath, encapsulating the resilient spirit that the educators have displayed. “When you’re in this field, you’re used to the challenges.”, she adds. Dr. Kamath was confident that she and her team could adapt to the situation. It wasn’t “something very difficult to think and implement.”

Although the pandemic came with challenges of its own, Alvares looks at it as a learning experience. As she revels in an unbridled joy that comes from teaching her students, she gleefully mentions that her school motto - ‘You have touched me, I have grown’ works both ways! And perhaps this is why she waits patiently every alternate afternoon for her students to join her online class.