The Thai Pongal, a harvest festival, is being celebrated from January 14 to 17, with traditional fervor by Tamils in Sri Lanka, India, Malaysia and other countries, despite restrictions on gatherings at temples.

In Sri Lanka, Malaysia and other parts of the world, Thai Pongal is essentially a religious, family affair. But in Tamil Nadu, in South India, it is more of a social event, and has, in addition, a political and ideological dimension.

The Dravidian or Tamil nationalistic parties, which have been ruling the State since 1967, have made it a State festival because it is deemed to be a “Dravidian” “Tamil” and “secular” festival, unlike Deepavali and Navarathri which are seen as ‘Sanskritic’ festivals and therefore as “impositions”of Aryan Hinduism over Dravidian Tamils. 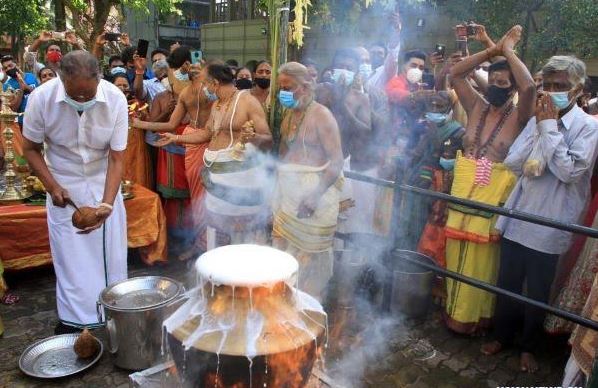 The Dravidian or Tamil nationalistic parties which have been ruling the State since 1967, have made it a State festival because it is deemed to be a “Dravidian” “Tamil” and “secular” festival, unlike Deepavali and Navarathri which are seen as ‘Sanskritic’ festivals and therefore as “impositions” of Aryan Hinduism over Dravidian Tamils.

In a way, Thai Pongal is secular as it is essentially a rural, harvest festival. However, Muslims and Christians do not celebrate it because it has come to involve the worship of Hindu gods and visits to Hindu temples. As it happens with every activity in a traditional society, the secular harvest festival of Thai Pongal has acquired a religious color or a religious basis. The festival was woven into Hindu mythology when the Cholas were ruling the Coromandel Coast from the 9 th., to the 13 th Century. The Cholas were instrumental in the Sanskritization of the Tamils.

However, the rural and agricultural basis of Thai Pongal remains dominant. Everything about Thai Pongal is linked to agriculture, such as the harvesting of paddy. Milk, food, the cow, the sun and rain are worshiped. The goal of Thai Pongal is attaining agricultural prosperity. “Pongal” itself means boiling or effervescent overflowing, and this is illustrated by boiling milk mixed with jaggery, coconut, cardamom, raisins, green gram, ghee (clarified butter) and cashew nuts, until the pot overflows. 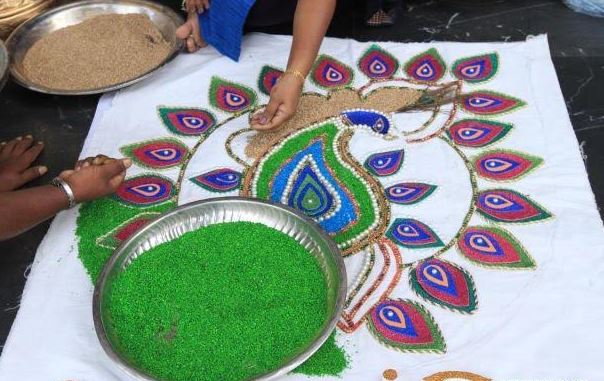 The resultant sweetmeat called Sakkarai Pongal (sweet Pongal) is then offered to the gods. After rituals conducted by Brahmins (if the venue is a Kovil or temple) it is distributed among the worshippers as a “prasadam” (Sanskrit for a gracious gift).

While in the urban areas, Thai Pongal is a single day event, in the rural areas, the festivities are spread over three or four days. A pooja is performed on the first day of Pongal before the cutting of paddy. Farmers worship the sun and the earth by anointing their ploughs and sickles with holy sandalwood paste. It is with these consecrated tools that the newly-harvested rice is cut.

Thai Pongal begins with Bhogi Pongal which is the last day of the Tamil month of Margazhi. On this day, people discard old belongings and replace them with new ones. New clothes are worn. Old stuff is consigned to flames joyously. Houses are cleaned, painted and decorated. The horns of oxen and buffaloes are decorated with fancy paintings in bright colors. 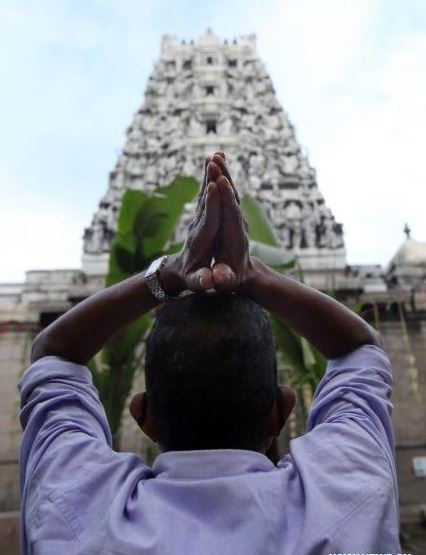 The deity of Bhogi Pongal day is Indra, the Hindu god of rain. Surya Pongal day is devoted to the worship of the sun and Kanum Pongal day is reserved for social visits and the establishment of new ties or the renewal of old relationships.

Jallikattu, a spectator sport in which young men try to tame a raging bull, is held in the villages around Madurai. An attempt to ban this sport was met with a State-wide agitation. The ban was lifted subsequently as it was portrayed by Tamil nationalists as being symbolic of Tamil valor and Tamil nationalism.

Although a harvest festival, Pongal is of special significance to all Tamils as it is linked with the beginning of the Tamil month of Thai which is regarded as the harbinger of good luck. There is a saying that with the birth of Thai, the way forward will open (Thai pirandhaal Vazhi pirakkum). To make best use of the day, new Tamil films are released on Thai Pongal day. Producers and distributors compete to get theaters to start showing their new films on Thai Pongal day. Magazines come up with special issues to mark the beginning of Thai.

There are variation of Thai Pongal in other parts of India. It is celebrated as Makar Sankranti, which represents the day on which the Sun enters the zodiac sign of Makara or Capricorn. 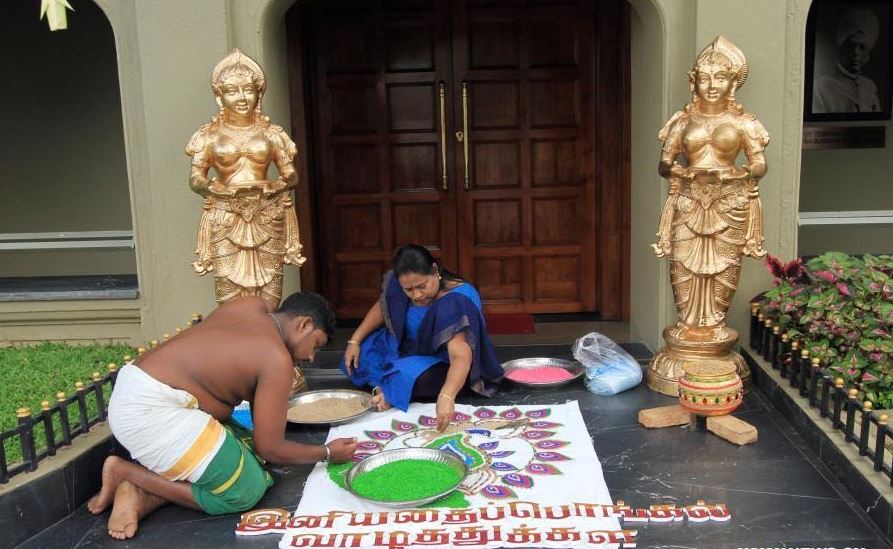