I came to Know Kamalji personally in 1990-91 when I was Finance Secretary to Government of India and Kamalji was the key Minister of State in charge of PMO in the late Shri Chandrashekhar's government whose tenure was short but had to face extraordinary situations, both internally as well as externally. And one may add, it did it with dignity and courage that it could muster, within the narrow and uncertain political band-width with which it had come into being and had to function.

Those were difficult days. I knew Chandrashekharji even before he became PM and also Yashwant Sinha. I knew virtually none else in the Cabinet. One day almost accidentally I came into contact with Kamalji while exiting from PM's residential office. And if my memory serves me right, Kamalji wanted to have some technicality clarified in a draft cabinet note. His understanding of the subject matter was marked by a remarkable politeness and a quiet regard for his interlocutor. That brief meeting made a deep impression on me. More so , because my encounter with another colleague of his in the Cabinet, of the same age group and with whom I had no direct official dealing as Finance Secretary, was vastly different.

There were more such meetings with Kamalji, formal and informal, in those eventful four or five months. And the first impression only got confirmed and deepened in the following weeks and months. We did take hard decisions with PM's unstinted backing , once he was convinced, which process took always some time. But that done, there was no question of passing the buck or even a faint hint of looking for bureaucrat-scapegoats.

Kamalji played his quiet, dignified and informed role during this testing period. And that is how I came to know another member of Mr Chandrashekhar's cabinet at a personal level with pleasant memories. This acquaintance did not take long to turn into a personal and warm friendship over the years that followed.

I had read about the illustrious R.R. Morarka of the Nehruvian times. He was Chairman PAC, despite his being a Congressman. Reportedly, his outspokenness and integrity were such that he was considered as “in –house opposition” and nobody ever questioned the propriety of his being chosen for that august Constitutional office. I had always wondered if the surname signified any relationship with Kamalji. So once I hesitantly asked him about it. And it turned out to be that Kamalji is the worthy nephew of the worthy uncle. Kamalji never told me about it except in response to my query.

Later I came to know about his father Radheshyam Morarka who was a committed socialist and was greatly inspired by Bernard Shaw's celebrated classic: “Intelligent Woman's Guide to Socialism”. Under that spell, Radheshyamji wrote in Hindi a memorable treatise: “Samajwad : Ek Adhyayan”. Kamalji combines the virtues and commitment of his father as well as his uncle.

Kamalji had another trait which was perhaps his own. He believed in self -effacement. Never would one find him in the centre-stage. Even in the jumbo winter parties that he held annually in Delhi where one could find almost everybody on the who's who list in the Capital, one had to look hard for him for he would be somewhere, in some corner in animated conversation or enjoying a hearty joke, just like one of his myriad invitees. Those parties also were a standing testimony to his personal friendship and live contacts with friends cutting across the whole gamut of political spectrum and extending beyond into the literary, journalistic and fine arts world.

He had to be persuaded hard to be in the presiding chair. He was willing to be a speaker on occasions. And when he spoke, he was forthright and to the point. He prefered to work behind the scene. He was at his best in a small group ‘gup-shup’ where political ideas and events were discussed without inhibition or formality. Personalities also figured but rarely for personal comment.

When it came to electoral calculations, he had a rare insight. I remember how in one such ‘gup-shup’ session what he forecast for 2005 general elections came true almost within a margin of a few percentage points. And one has to recall that those were the days of “Shining India” and “Feel Good” factor and it was almost taken for granted in the mainstream political discourse that NDA would return to power.

Even with long years of friendship, I did not much know about his business interests and network or about his family. He was reticent about his ' personal '. Nor did it ever crop up in our conversations. It was the “political” that always predominated and, strange as it might appear, it strengthened the bond of personal friendship.

But I do know that he had yoked his success in business to support many a cause worthy of pursuit and nurturing. And these causes spanned a wide variety of fields: Rural re-generation, organic farming, solar energy promotion, empowerment of women and restoration of the beautiful Haveli art and architecture in his home district in Rajasthan.

Somebody aptly described him as a maverick in the world of business. I would add that he was more at home in the world of politics of transformation, of intellectual interaction, of institution building; in a word, in generating and promoting what has come to be called “social capital ”.

A few years ago, some of us were discussing the need for creating a viable and vibrant space for policy alternatives to confront the seemingly all- pervasive neo-liberal paradigm and accompanying more dangerous regressive political tendency towards majoritarian communalism.

The question of resources to sustain such an initiative was obviously pivotal. And equally beyond the limited means that we could muster. At the very next meeting in which Kamalji could participate, we found a solution. All of us were unanimous that we would shun any foreign contribution whatsoever. And there should be no strings attached to any funding that would be forthcoming from Indian donors. It must be truly at an arm's length.

Kamalji virtually added a third dimension saying that the institution need not look for either project-funding or multiple sources of donors. He underwrote the self-sufficiency of funding. Thus was born the Centre for Policy Analysis. The way the Centre for Policy Analysis has functioned over the last few years is a proof of totally ‘string-less’ funding and full functional and intellectual autonomy.

Kamalji crossed seven decades of fulfilling life. One looked forward to many, many more of fulfilling years for this maverick entrepreneur of multiple, non-business, passionate pursuits for social good. But that was not to be. 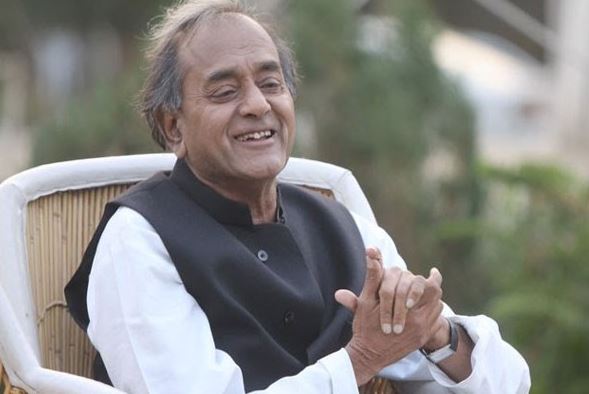 S.P.Shukla is retired from the Indian Administrative Service. He is the Managing Trustee of the Centre for Policy Analysis.