‘Becoming a pilot was my childhood dream, which is finally fulfilled’

AWANTIPORA: It is rightly said that nothing can stop you achieving your goal, if you have the motivation, drive and determination – even in a highly militarised area lacking in basic facilities like good internet connectivity.

Here is an inspiring story from the Kashmir valley, where youngsters put in every effort to chase their dreams.

Chasing his childhood dream of becoming an airline pilot, a 20 year old youth from Awantipora tehsil of Pulwama district has received a commercial pilot licence to fly airplanes, becoming the youngest pilot in southern Kashmir.

Farhan Majeed is the son of a mathematics lecturer, who after completing his schooling from the Mantaqui Memorial School joined the flying school Global Konnect Aviation, with the to realise his dream of becoming a pilot.

With hard work and consistent effort, Farhan after completing all the requirements, received his licence recently from the Directorate-General of Civil Aviation.

Talking to The Citizen, Farhan said that he struggled and worked hard to achieve this success, ‘with the help of prayers and full support’ from his parents and other members of the family.

He said that when he was a schoolkid, he would see the planes flying from the nearby airport in Malanagpora, and would ask his parents about his dream of flying an aircraft.

His parents and uncle would always reply with a positive and encouraging point, that ‘one day you will also be able to fly a plane in the same way’.

‘Becoming a pilot was my childhood dream, which is finally fulfilled. I thank my parents, particularly my father, for believing in me and providing all the resources to me irrespective of the situations. I still feel like a normal man, as one should always be calm, no matter where they are and in what position they stand,’ said Farhan.

He added that the internet played an important role in making him a pilot, as he would surf online most of the time seeking out opportunities.

He stated that low-speed internet in the region is creating difficulties for aspiring young Kashmiris.

Asked for his message to the youth, Farhan said that everyone should set themselves one goal, and work hard to achieve it with determination, and patience.

‘To become a pilot, one should be calm, smart, multi-talented, active, and should have a lot of patience,’ he said.

His father, Abdul Majeed said he thinks that parents should give their wards full freedom, and also the opportunity to pursue the profession or course of their choosing.

He said his son has made him, as well as the Kashmir valley, proud with this achievement.

Farhan’s pilot’s licence is being celebrated in every nook and corner of the valley, particularly on social media, with a flood of posts on various platforms in the past few days praising him highly.

Day by day young Kashmiris are proving their mettle in each and every field, inspiring each other to greater success in the future. 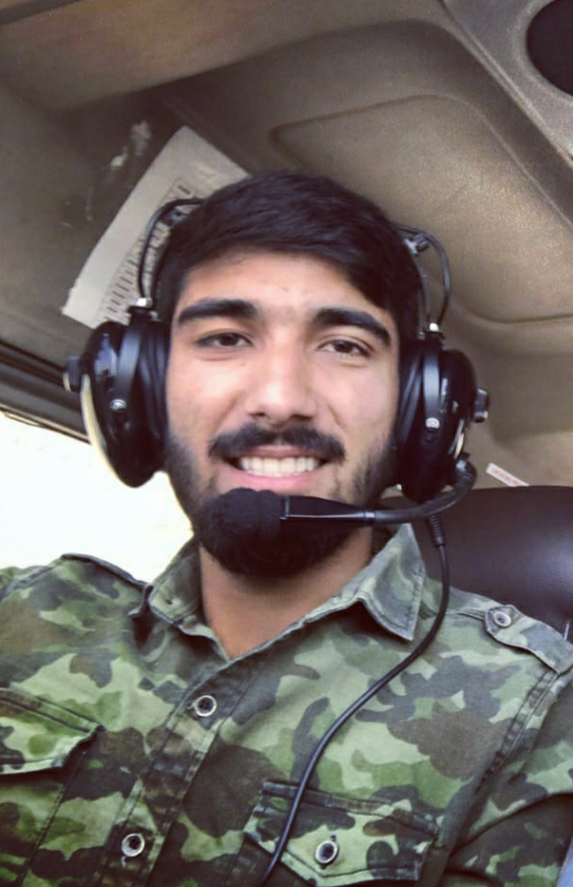