Farmers leave homes at dead of night to join protest

A day after the Republic Day Kisan Parade, many of the farmers went home for a break, especially as many had been camping out in the open cold for over two months. The thinning out was most evident at the Ghazipur protest site as a farmer leadr VM Singh left with his large following, leaving the venue desolate and almost unmanned.

Towards the evening on January 28 Ghazipur was surrounded by large contingents of police and the Rapid Action Force. It was made clear that they were in position to dismantle the site, and end the protest. It seemed inevitable although even then a few hundred farmers refused to be intimidated, although all reports from the ground suggested that the end was inevitable. When suddenly farmer leader Rakesh Tikait swung into action, bearing a striking resemblance to his late father Mahindra Tikait who had emerged from the shadows of former Prime Minister and Jat farmer leader Charan Singh to command an impressive following in west Uttar Pradesh.

Rakesh Tikait took to the manch and made it clear that he would not budge, that he was prepared to face the bullets, that he would hang himself but he would not allow his farmers to be betrayed. Clearly angry and emotional his eyes welled up while talking to a reporter, and he was barely able to control his sobs. The photograph and video went viral within minutes and there was a groundswell of reaction. Even his brother who had gone back announced a mahapanchayat at Muzaffarnagar, and farmers started contacting each other in the dead of night, to mark to Ghazipur in support of Rakesh Tikait. 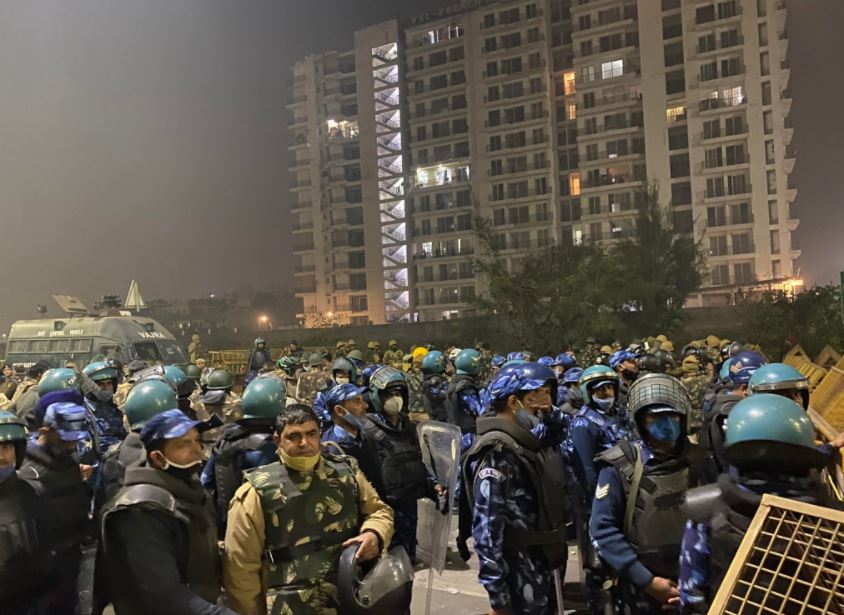 The police fell back, and as some reporters on the ground said, there seemed to be an easing off even though the RAF and other paramilitary remained in position.

The word spread and there were demonstrations in his support all over Punjab, Haryana and even Delhi. Late night meetings were held in villages and a call given for all to move to Ghazipur in support of Tikait. The support was overwhelming and completely spontaneous as the farmers across the states rose in unison.

The UP government backed off and the expected action and use of force against the farmers at Ghazipur during the night was stayed by the farmers themselves. The numbers increased at the protest venue, even though the police had cordoned off the entire highway and isolated the site. Farmers took over the security of the site again shouting slogans Jai Jawan, Jai Kisan. Elsewhere in western UP farmers pledged to support Tikait and remain united.

After the Republic Day setback with the farmer leaders alleging government conspiracy to break the movement, the threatened action against Tikait and the farmers at Ghazipur has galvanised them into a strong show of support. This was over and above formal organisation although leaders spoken to since said that the tears shed by Tikait had not gone in vain, and the farmers were resurgent and again on the ascendant. They have re-occupied the sites at Sindhu and Tikri borders as well to ensure that the protest continues unchallenged. 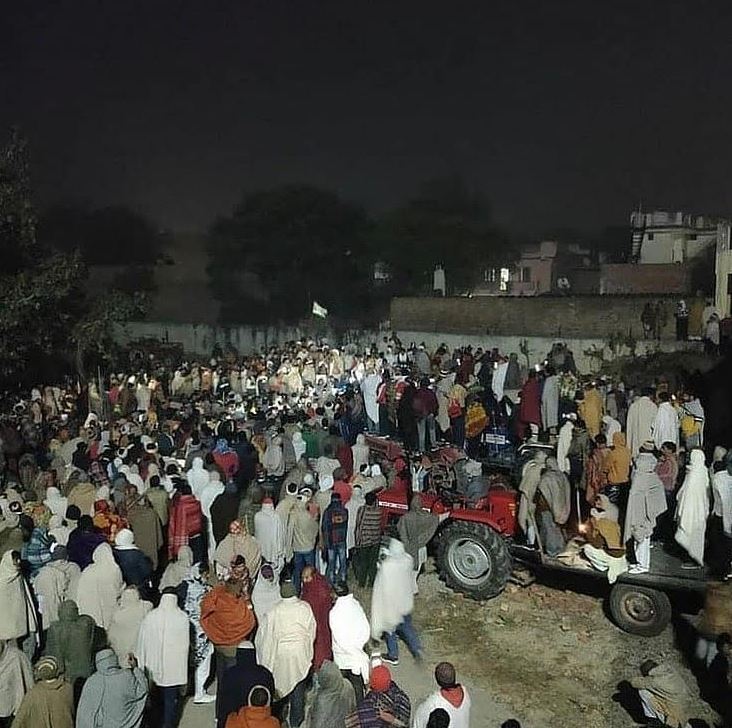 The next action is a one day fast on Martyrs Day, January 30 by farmers across India.