The farmers' struggle that got fresh impetus after clips of Rakesh Tikait in tears went viral, continues with seemingly new determination and grit.

“The general mood in the entire Punjab remains upbeat about the ongoing struggle. We are holding meetings and marches across the state,” said Kanwaljit Khanna who has been among the organizers of the farmers’ movement in the state.

“We are sending across the message to the masses that the protest is in ‘Chardi Kala (a state of absolute positivity) and more and more people should join hands and reach the protest sites,’ said Manik Goyal of Tractor2Twitter team that has been setting pro farmer narrative trends on the social media daily.

The message is going down pretty strong in the light of the attacks at protest sites and people are heading towards Delhi once more in large numbers not only from Punjab but from Haryana and Uttarakhand.

In Punjab there have been announcements made from Gurdwaras in the villages that every family must send at least one member to the protest sites and people have been coming forward to participate in the movement.

Observers say that the general sentiment apart from what is seen as a threat to agriculture and livelihood is, “Tomorrow when our children ask us what we were doing when our land ownerships and livelihoods were being threatened what will we tell them? We have to set an example for the generations to come.”

The scenario across Haryana is equally electrifying. “A system of communication was already in place before January 26 to communicate and galvanize support from the villages through Panchayats. This has further intensified after the Morcha at Ghazipur was threatened. The mobilization that is going on is massive in Haryana and it is being done through Panchayats being held almost daily,” said Kavita Vidrohi of Jan Sangharsh Manch Haryana.

She further added, “The government move to disrupt internet services to prevent spread of communication among the farmers has backfired in a big way. People have come to realize that there were mass struggles even before the internet era. They have taken to phone calling to spread the word about the developments at protest sites. This is further being propagated through announcements from temples.”

The mobilization in the plains and Terai region of primarily hill state of Uttarakhand is also big. There are protests going on in the districts of Haridwar and Udham Singh Nagar where there is a substantial population of Punjabis and demographic spill over of western Uttar Pradesh.

“The farmers there understand the implications of the controversial laws brought in by the government. The Kisan Unions have been very active in these parts and the developments at Ghazipur simply added more impetus to the movement. We are in the process of launching a campaign in the hill districts to galvanize support against the government doing nothing for small agriculturists of the hills. The hill agriculture stands completely ignored even as people struggle hard to earn their livelihood,” said Indresh Maikhuri who is associated with CPI (ML) and has been active in different people’s movements in the state.

The farmers’ decision to observe a fast on January 30 which was the death anniversary of Mahatma Gandhi, the Father of the Nation saw participation across the states. Even amid the biting cold in Himachal Pradesh, people came out for protests called by the Kisan Sabha. The state saw less participation in the movement till recently on account of the Panchayat and Zilla Parishad polls that were held recently. The protests are all set to intensify in the state in the days to come.

“Gandhi stood for truth and non violence. The farmers are standing for the same. We will expose the designs of the government in discrediting the farmers’ movement before the people,” said All India Kisan Sabha (AIKS) leader Hannan Mollah at a recent media interaction.

The AIKS has thrown a challenge to the government saying that if there is any intimidation of the peacefully protesting farmers, the government would be playing with fire. The AIKS leaders said that the entire farming community would go to jail but not cower in the face of any intimidation. They said that the farmers want to take ahead their agitation peacefully and their struggle will be protected.

The AIKS stand comes amidst a series of reports of the police trying to get protest sites evicted or to create problems for the protestors.

Hannan Mollah said, “Even the Supreme Court has stated that the right to protest is a constitutional right. We will take legal action against the officials indulging acts aimed at disrupting the agitation.”

Meanwhile, sources said that the right wing is resorting to its tried and tested formula of sending groups of men and women to protest sites and raise a ruckus about the false narrative of the national tricolour being insulted and a Khalistani flag being put up at the Red Fort. This is being done with the active support of the embedded or Godi Media.

Punjab Chief Minister Captain Amarinder Singh has also been lashing out at the Bharatiya Janata Party (BJP) on the developments.

He first termed the lookout notices against farmer leaders as ‘absolutely wrong’.

He also questioned the Delhi Police decision to name farmer leaders in the FIRs of the Republic Day violence without any evidence against them. “How can you blame all the farmer leaders for the mischief done by a breakaway group or the handiwork of some anti-social elements that instigated the violence at the Red Fort and other parts of the national capital,” he asked.

He pointed out that all the prominent leaders named in the FIRs had already distanced themselves for the lawlessness of January 26. Not a single one of them had reportedly been found so far to have made any inflammatory speeches or seen indulging in any provocative acts. If the police have any evidence of the involvement of any of these leaders, they should make it public, the Chief Minister added.

Even the AIKS leadership has stated that it was the farmer leadership that saved the situation on January 26 and they are being named in the FIRs. “They tried stopping untoward incidents. What is the logic behind naming them in FIRs?” Hannan Mollah asked.

Amarinder Singh has also hit out at the BJP for its nationalist narrative saying, “We in Punjab know the pain of seeing the bodies of our sons and brothers, wrapped in the national flag, come home every second day,” he said, adding that the BJP clearly has no empathy or sensitivity towards the soldiers losing their lives to protect India’s honour and integrity.

While condemning the attacks on the protesting farmers at Singh border on January 29 by what is being termed as ‘locals’ by embedded media, Amarinder said, “Were they really locals? I can’t believe that the local people could have turned against the farmers like this. Miscreants might have been brought from other places by vested interests to foment trouble.

Calling for an immediate end to the vilification campaign launched against farmers in the wake of the Red Fort violence, the Chief Minister warned that maligning the farmers in this manner could cause the morale of the armed forces, 20% of which is from Punjab, to go down.

“What is happening and what happened at Singhu today is what Pakistan wants,” he said. 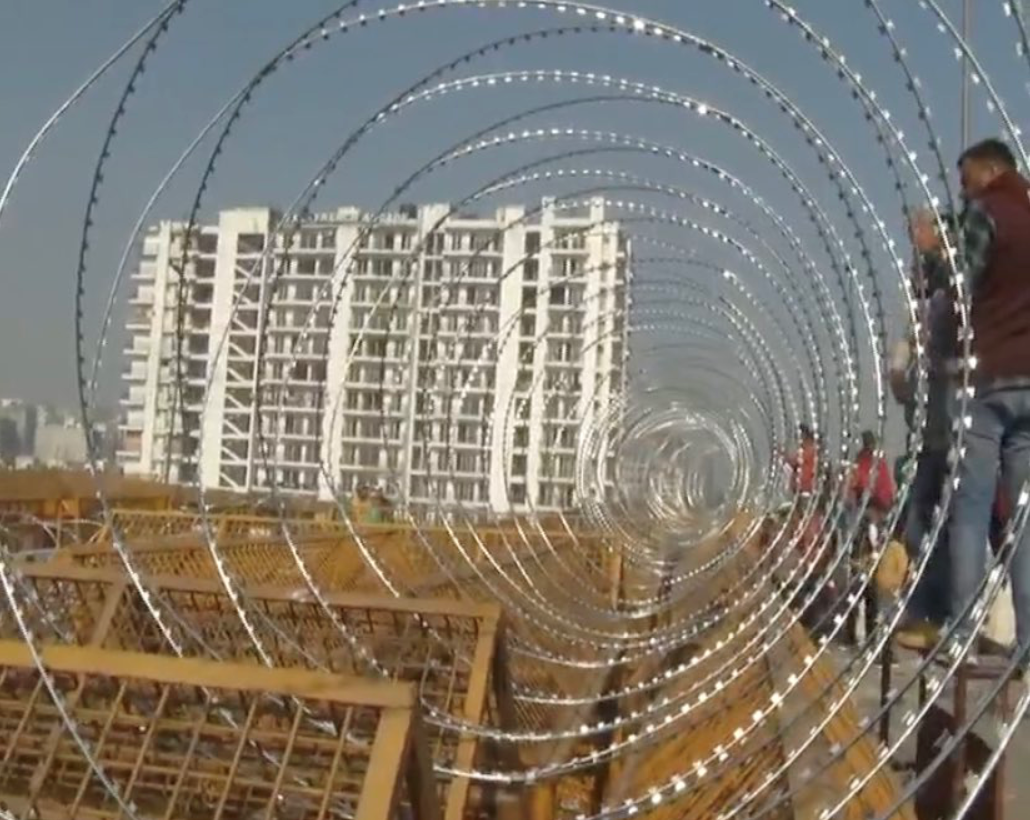