'Why aren't we talking about this?!'

Pop icon Rihanna is in the Indian media headlines today, after tweeting a news article on the ongoing farmer’s protest in the national capital and adding, “why aren’t we talking about this?! #FarmersProtest.” Rihanna’s tweet - shared with her 100+ million followers - created a buzz across social media, with the tweet retweeted hundreds of thousands of times. Soon after, Kamala Harris’ niece, Meena Harris - who is a lawyer - tweeted her support for the protests. 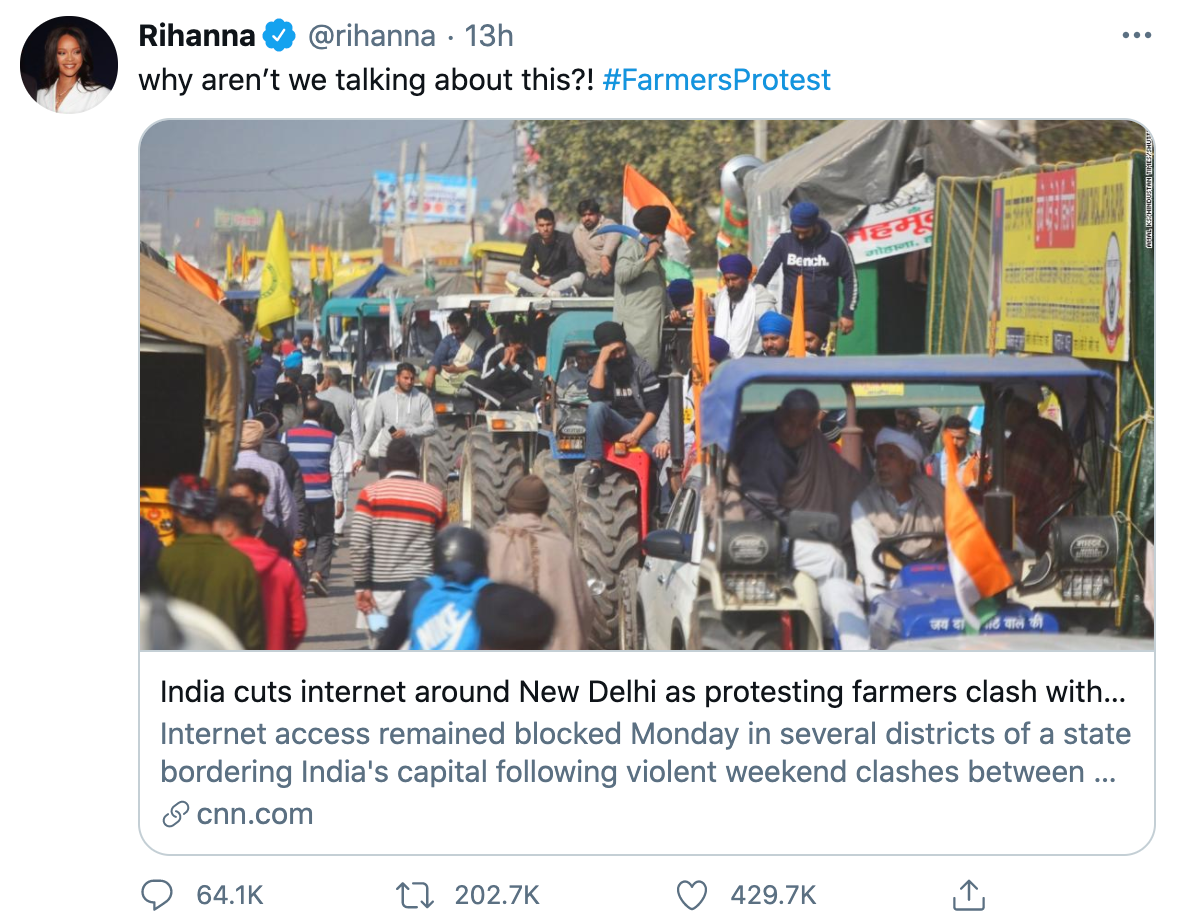 “It’s no coincidence that the world’s oldest democracy was attacked not even a month ago, and as we speak, the most populous democracy is under assault. This is related. We ALL should be outraged by India’s internet shutdowns and paramilitary violence against farmer protesters,” she tweeted.

Additionally, couple of hours after Rihanna’s tweet, environmental activist Greta Thunberg shared the same article as Rihanna, tweeting, ““We stand in solidarity with the #FarmersProtest in India.”

HRW included a statement on the protests, stating that the eight journalists “who covered the farmer protests in India and violence in Delhi on January 26, 2021 are facing baseless criminal charges.” “The Indian authorities’ response to protests has focused on discrediting peaceful protesters, harassing critics of the government, and prosecuting those reporting on the events,” said Meenakshi Ganguly, South Asia director at Human Rights Watch. “The government instead should conduct a transparent and impartial investigation into the January 26 violence in Delhi.”

Rihanna’s single tweet set social media abuzz, with users in India and abroad retweeting the pop star. Many tweets joked about the ‘BJP IT Cell' reaction and efforts to control the social media storm.

On a more serious note, Bollywood star Kangana Ranaut responded to Rihanna’s tweet, calling the protesting farmers “terrorists”. “No one is talking about it because they are not farmers they are terrorists who are trying to divide India, so that China can take over our vulnerable broken nation and make it a Chinese colony much like USA...Sit down, you fool, we are not selling our nation like you dummies,” Ranaut tweeted.

Ranaut has been vocal in her criticism of the protests, taking to Twitter repeatedly in the last several months in support of the Modi government’s policies. Ranaut’s response to Rihanna did not go unnoticed, with social media pitting the two celebrities against each other. 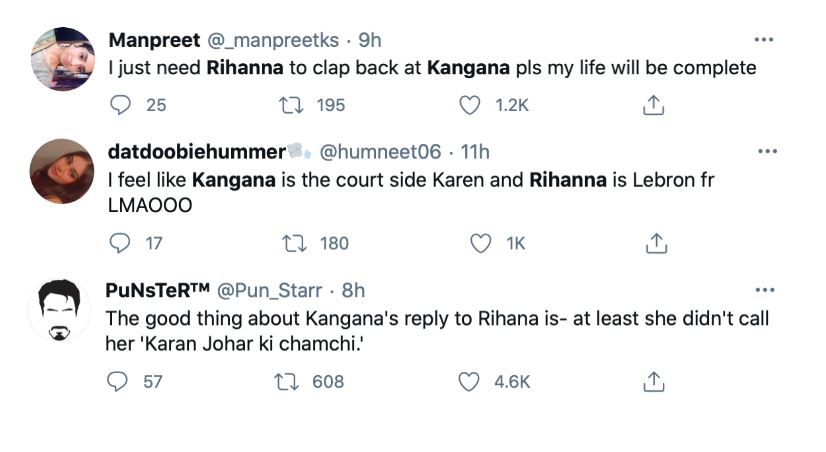 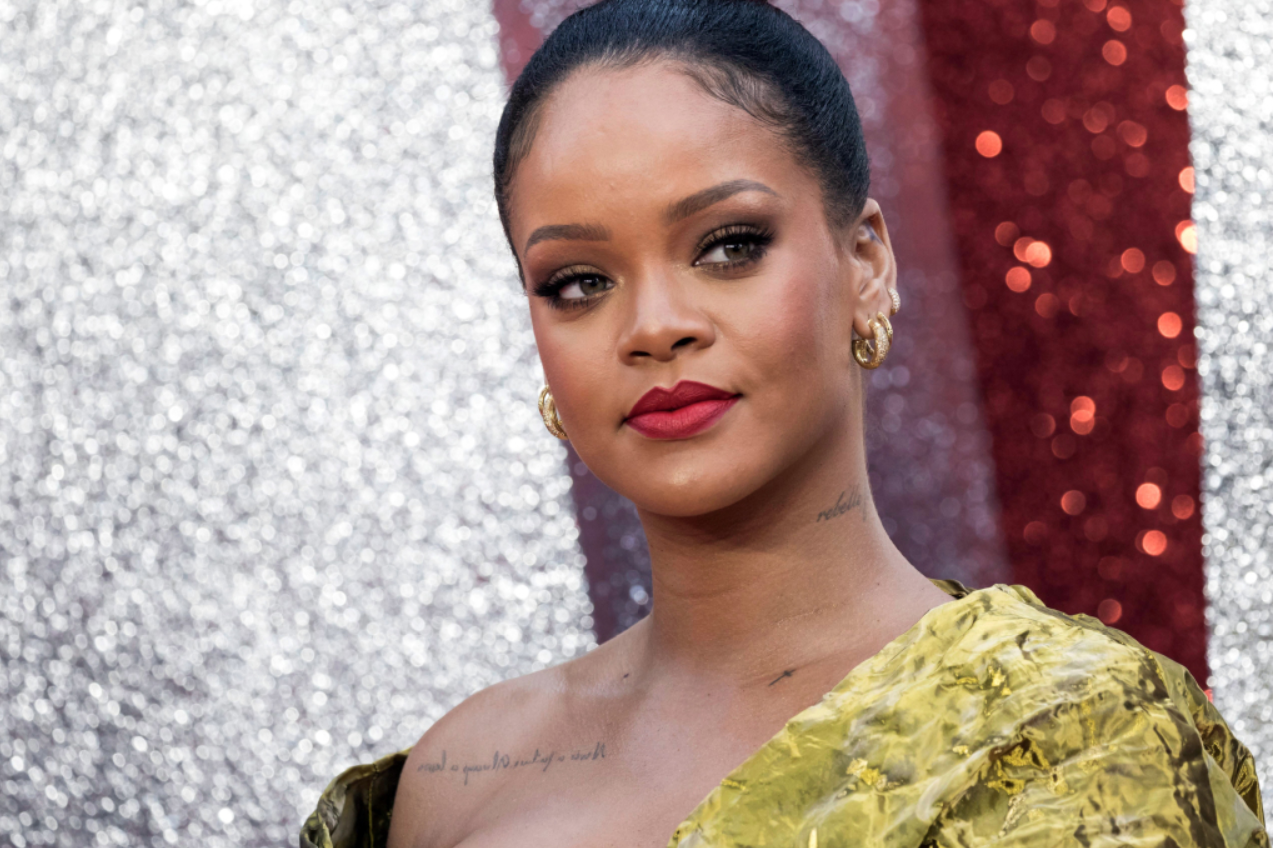