Students, activists and members of various women and youth organisations staged a demonstration at Mandi House on February 3 in solidarity with the farmers protesting at Delhi borders. Holding banners and placards and chanting slogans, protestors demanded the immediate repeal of the three farm laws.

The citizen’s march in support of the farmer’s movement was scheduled to begin from Mandi House and end at Jantar Mantar. However, the police denied protestors the permission to march till Jantar Mantar due to Section 144 being imposed in the area, prohibiting the assembly of people.

Video clips on Twitter show police officials announcing the enforcement of Section 144 in Mandi House area, citing the COVID-19 pandemic as a reason for the same. They requested citizens to return to their homes, warning them of legal repercussions. 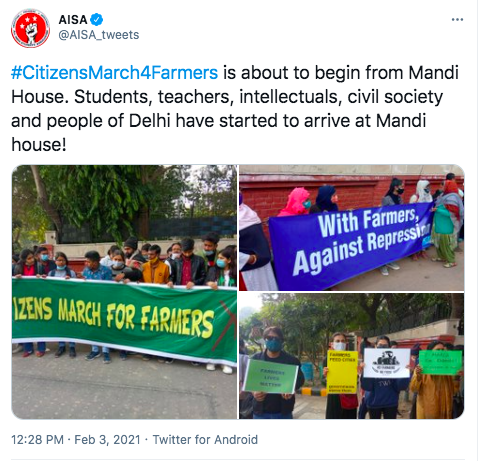 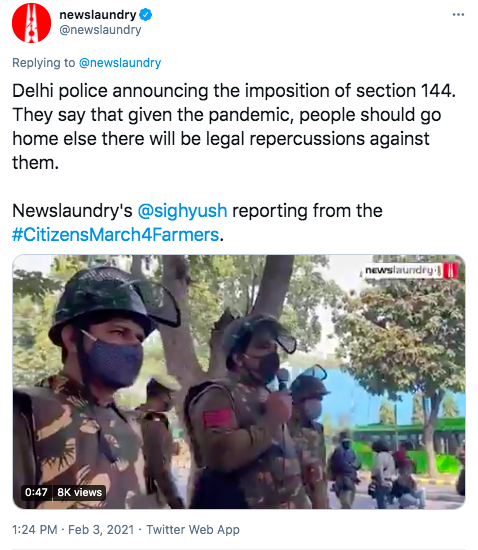 According to reports, protestors attempted to march towards Barakhamba Road but were stopped from proceeding any further by the police, after which they staged a sit-in at Mandi House.

The march was organised primarily by student unions and youth federations including AISA, AISF, SFI, NSUI, JNUSU, CYSS, DYFI, AIPWA and AICCTU. Security was deployed, roads were closed and traffic was reportedly disrupted near Mandi House.

Pictures and videos circulating on Twitter revealed heavy barricading and deployment of water cannons on site. Newslaundry, reporting on ground, tweeted a video of protestors attempting to break through the barricades.

Adding to their demand for the complete repeal of the three farm laws, citizens also demanded the immediate release of journalists, activists and other protestors arrested during the demonstrations. 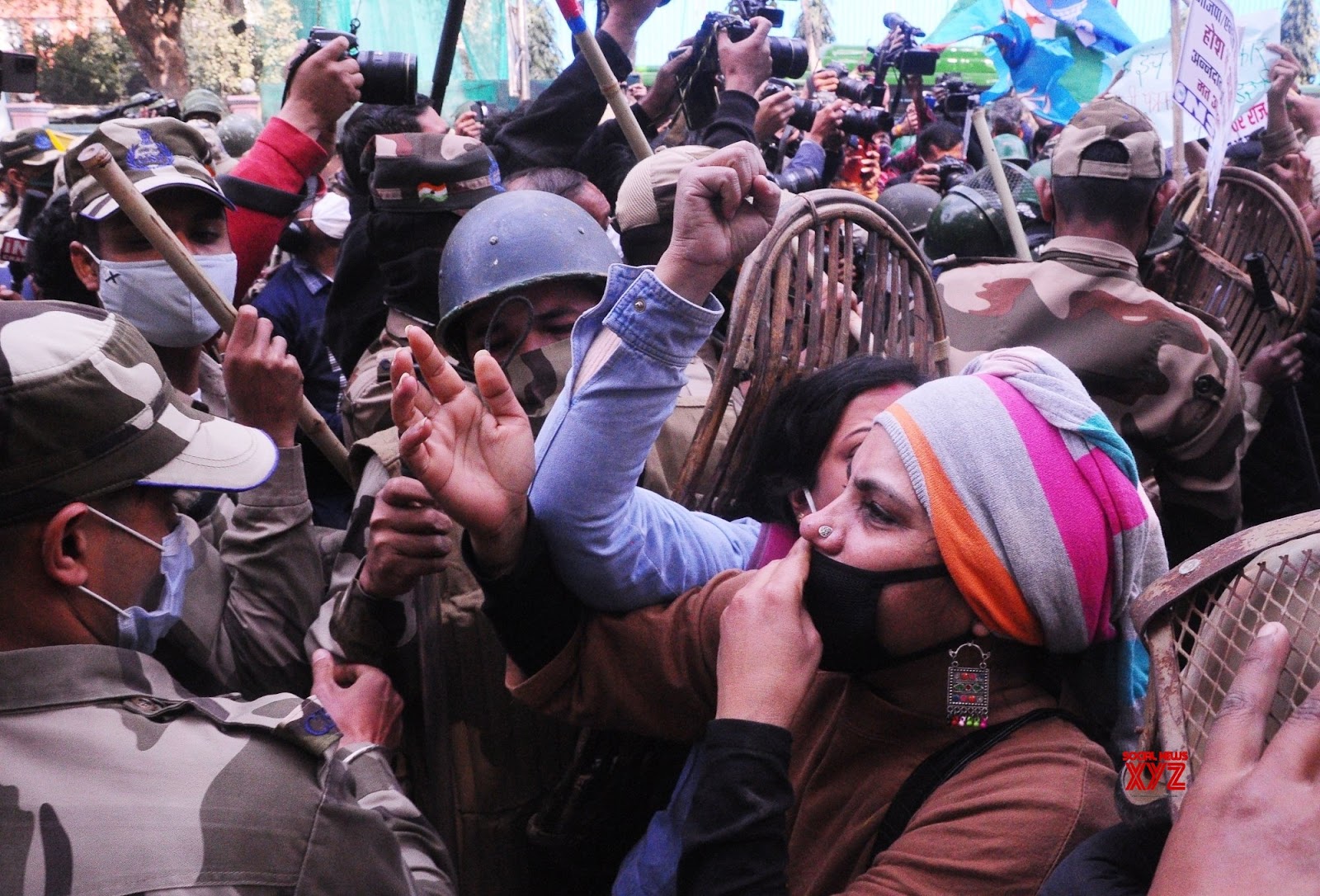