No untoward incident has been reported from the state

The state government has suspended internet services in Haryana since January 26 while the number of districts under suspension keeps fluctuating. At one time it had imposed suspension of 2G, 3G, 4G, CDMA, GPRS and bulk SMS services in as many as 17 districts out of 22.

While protests have been underway for the last two months at the borders of Delhi with support from many villages and khaps and families in Haryana, no untoward incident has been reported so far of such magnitude as to threaten public order in the state. But the state government continues to suspend internet services saying it wants to prevent disturbance of peace and public order, and extends the suspension day by day.

A sudden internet suspension is no small measure for an elected government to take, and has serious disruptive effects on people’s work, education and lives. It affects all small and large businesses, the banking system - as a large section of population is using internet banking or making payments via different apps using mobile phones - and students and teachers’ online classes during the pandemic.

A whole lot of other activities are also affected: online bookings, food and delivery services, taxi services, shopping, the exchange of official or personal information and documents, even many branches of state including the courts, which are hearing matters through online video conferencing. It causes disruption on an unimaginable scale: comparable to cutting off the supply of electricity to a large number of people.

The state government has used powers conferred by the Temporary Suspension of Telecom Services (Public Emergency or Public Safety) Rules of 2017. Last year the Supreme Court had occasion to examine these rules in the case of Anuradha Bhasin vs Union of India, vis-à-vis the fundamental rights in Article 19 of the Constitution. The apex court recognised that free trade and commerce through the medium of the internet is a constitutional right guaranteed by Article 19.

In its judgment the court also examined Section 5(2) of Indian Telegraph Act of 1885 which deals with the circumstances under which suspension orders may be passed. That section reads: “5. Power for Government to take possession of licensed telegraphs and to order interception of messages…

“(2) On the occurrence of any public emergency, or in the interest of the public safety, the Central Government or a State Government or any officer specially authorised in this behalf by the Central Government or a State Government may, if satisfied that it is necessary or expedient so to do in the interests of the sovereignty and integrity of India, the security of the State, friendly relations with foreign states or public order or for preventing incitement to the commission of an offence, for reasons to be recorded in writing, by order, direct that any message or class of messages to or from any person or class of persons, or relating to any particular subject, brought for transmission by or transmitted or received by any telegraph, shall not be transmitted, or shall be intercepted or detained, or shall be disclosed to the Government making the order or an officer thereof mentioned in the order: Provided that press messages intended to be published in India of correspondents accredited to the Central Government or a State Government shall not be intercepted or detained, unless their transmission has been prohibited under this sub-section.”

The principle emerging from Supreme Court judgment is that the first step for a government is to see whether a situation of public emergency or threat public safety has arisen. Thereafter it may pass an order to suspend internet service after recording its satisfaction that it is necessary or expedient so to do in the interest of (i) India’s sovereignty and integrity, (ii) security of the State, (iii) friendly relations with foreign States, (iv) public order, or (v) to prevent incitement to the commission of an offence.

The term ‘public emergency’ is not defined in the act and must be understood in the context of these five situations envisaged in the section above. Of the five, the only situation that may be relevant in the context of Haryana is ‘public order’, which is what seems to have prompted the state government to pass its order.

But a number of Supreme Court judgments have held that ‘public order’ is not a mere law and order situation, it is a far graver issue. While a lot has happened in Punjab, right from blocking railway tracks to damaging the towers of certain mobile companies, the situation was controlled and internet services were never suspended.

Similarly despite the unfortunate turn of events in the National Capital on January 26, the internet was suspended only for a short period, with service was restored except at the sites where the protests are still going on.

Even in Uttar Pradesh, where in the aftermath of events on January 26 the farmers’ mobilisation took place on a mass scale in districts bordering Delhi, internet services were not suspended. By comparison barring one or two incidents the situation in Haryana remained normal.

The Haryana government’s action in imposing an internet suspension and extending it day by day seems to be an attempt to keep check on the movement of farmers, and to stop the exchange of information in order to stifle the farmers’ protest. Sudden and unannounced, it flies directly in the face of the Digital India mission. Such arbitrary suspension of internet stretching over many days weakens the mission.

There is certainly not a situation of threat to ‘public order’ in Haryana. The suspension of internet by the Haryana government appears to be an arbitrary exercise of power, seemingly passed with a view to causing obstruction to citizens in the exercise their democratic right to protest. It impinges fundamentally upon the constitutional rights of free speech and expression, and freedom of trade and commerce through the internet.

Amit Jaiswal is an advocate at the Punjab & Haryana High Court 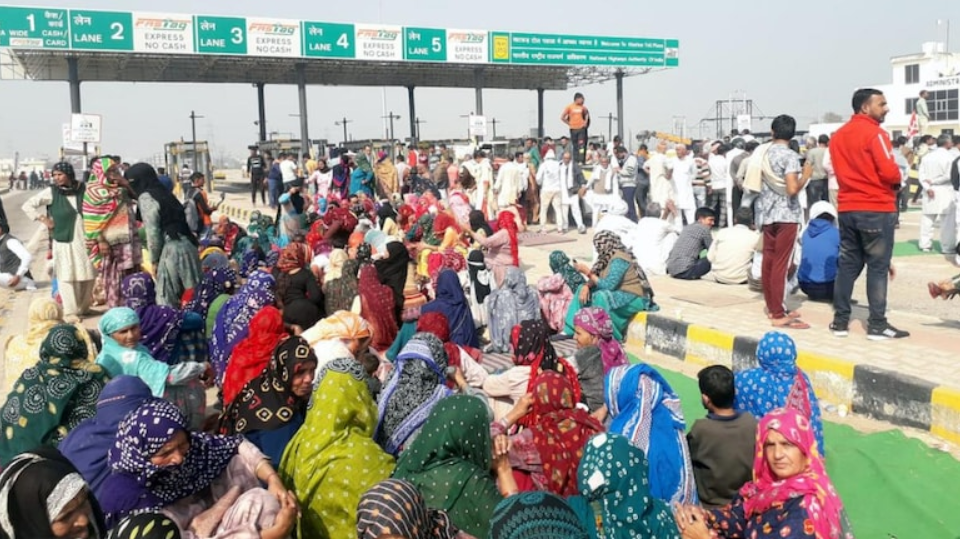