On February 13, the Delhi Police cyber cell arrested a 21-year-old climate activist from Bengaluru, Disha Ravi, for allegedly spreading the ‘toolkit’ in support of the farmers’ protest, which was later shared on social media by Swedish activist Greta Thunberg. According to reports, Ravi was produced at the Patiala court on Sunday and remanded to police custody for five days.

Ravi is one of the founders of the Indian arm of the ‘Fridays for Future’ campaign, a youth-led global movement against the climate crisis launched by Thunberg in 2018. Having graduated from Mount Carmel College in Bengaluru, she is reportedly working as a culinary experience manager with a company that produces plant-based food.

Post Thunberg’s tweet, the Delhi Police had lodged an FIR against “unknown persons” responsible for creating the ‘toolkit’, under sections that correspond to sedition, wanton provocation with intent to cause riot, promoting enmity between different groups and criminal conspiracy. An official also told the media that the police were investigating an “international conspiracy” that “aims at waging social, cultural and economic war against India”.

The Hindu quoted a senior police official on Ravi’s arrest: “We have found that she made several changes in the toolkit related to farmers protest and further spread it in certain groups on social media.” He further added that Ravi’s mobile phone and laptop have been seized for investigation. This is the first arrest made in the case.

Later, a Delhi Police statement read: “Disha Ravi, arrested by CyPAD Delhi Police, is an Editor of the Toolkit Google Doc & key conspirator in document’s formulation & dissemination. She started WhatsApp Group and collaborated to make the toolkit doc. She worked closely with them to draft the doc. In this process, they all collaborated with pro-Khalistani Poetic Justice Foundation to spread disaffection against the Indian State. She was the one who shared the Toolkit Doc with Greta Thunberg.”

Ravi reportedly broke down in court as she said, "I was just supporting farmers. I supported farmers because they are our future and we all need to eat." She further claimed that she just made two edits in the toolkit but did not create it.

According to Scroll.in, a lawyer familiar with the case said that Ravi was “picked up” around 3 pm on Saturday and claimed that her family was unaware of the nature of police action—whether she had been arrested or taken for questioning. The Hindu quoted an activist close to Ravi as saying, “She was picked up for questioning. The family was also told she was being taken for questioning. But she has been taken to Delhi and shown arrest. Even the FIR copy is not available in the public domain and not made available to the family and counsel. We don't know what are the charges against her.”

Meanwhile, youth-based environment collectives have condemned the arrest of the young climate activist, alleging “false and clearly fabricated charges in connection to the Greta Thunberg Toolkit controversy.” “We are extremely distressed to find out that a daughter of a single mother, an avid animal lover, sole earning member of the family was whisked away forcefully by members of the Delhi Police,” they said.

In their statement, they explained that voluntary, youth-based collectives—such as ‘Fridays for Future’—have no formal organisational setup and comprise members who are scattered across the country, working independently. “Since we do not work in office like set ups, we depend on different technological tools that help people situated in different geographical locations to work together. *Tool*kits are one such *tool* of the many that is used often. They are also used by various different groups, companies, institutes etc to systematize their work. And that is all that a toolkit is,” they stated.

According to reports, the toolkit that was tweeted by Thunberg was essentially a collection of articles, information on the protests and social media handles which were meant to allow people unfamiliar with the farmers protest to understand the issue and make decisions on how best to support the farmers agitating against the three new farm laws. Thunberg had later deleted the tweet and uploaded a new link.

The environment collectives further added, “To imply that climate change activists are a danger to the peace and harmony of this country in a political climate that is highly polarized is to play fast and loose with their safety and security, especially when there is absolutely no proof to back up this claim. If anything, the recent Uttarakhand disaster makes it clear how important the work groups like ours are doing.”

They reiterated their active support for the farmers protest, stating that agriculture and the environment are “deeply interlinked issues”. The collectives demanded that Ravi be released immediately and her records expunged. They further urged the government to “stop this witch hunt” and direct attention to more pressing matters such as the climate crisis.

“It is our firm opinion that the government needs to stop viewing everyone who disagrees with its policies as enemies and rather learn to work with the people who have elected them to power. Using words and phrases like ‘international conspiracy’, ‘defame the country’, ‘waging social, cultural and economic war against India’ to describe young environmental groups is highly unbecoming of people sitting in the highest corridors of power,” read their statement. 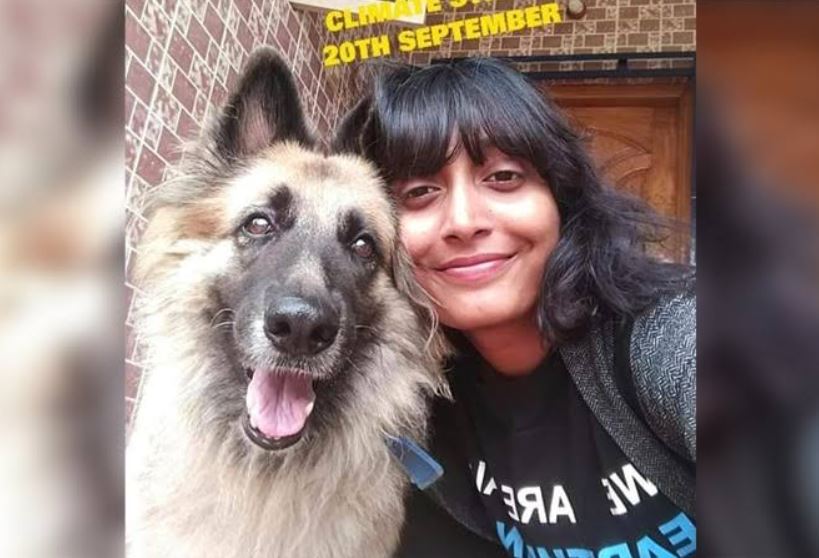