It is said that the wheel of time turns a full circle. This can be inferred in context of Haryana that has been witnessing massive mobilization during the ongoing farmers’ movement against the controversial farm legislations brought by the centre.

Exactly five years ago, the 36 Biradari (caste/community) Harayanvi society had stood in tatters following the violence witnessed during the Jat reservation stir. There was complete polarisation on caste lines with the 20-25% Jats (estimates vary) pitted against the 35 Biradari.

Today the polarisation is disappearing amidst the farmers' protests, with all uniting to organise one massive Mahapanchayat after the other.

The agitation is threatening the survival of the Haryana government where the Bharatiya Janata Party (BJP) is in alliance with the Jannayak Janata Party (JJP) that is essentially seen as a Jat dominated political force.

“The anger amongst the Jats definitely persists, more so since the violence that isolated them to some extent in Haryana. After all, a community that has always been the power centre since the state came into existence never thought of being isolated on all fronts as it happened after the Jat reservation stir. This can be gauged from the fact that of the 20 Jat candidates fielded by the BJP in the recent polls only four could win while the rest including heavyweights like Captain Abhimanyu got a massive drubbing,”a senior political observer pointed out.

He added, “One can see that the farmers’ agitation is being led by the Jats in various parts of the state where they are a dominating force but it is comparatively weak in the Ahirwal belt of the south that includes the districts of Gurugram and Rewari.”

He however felt that there is no threat to the state government that is in office for the second consecutive time under the leadership of Manohar Lal Khattar who is essentially seen as a non Jat Punjabi. “The government has been in office for just a year and a half. The scenario would have been different if it was in the last year of its rule. The MLAs are playing a double game where they are speaking of supporting the farmers’ cause in public and trying to increase their bargaining power,” he added.

Meanwhile, Balwant Takshak who is a senior political commentator who has been documenting developments in the state for almost three decades told this reporter, “Certain political forces did achieve their goals by the caste and community polarization that had followed the 2016 Jat reservation stir and the violence that had marked it. These forces are still trying to raise the same bogey to derail the support that the farmers’ movement has got from a collective Haryanvi society.

But the fact remains that you cannot divide a community called ‘farmer’ that has representation from all castes, communities and religions. It can be true that some communities might be rich with greater land holdings and some might be sharecroppers or farm labourers or holders of small tracts. But what unites them is the vocation of farming.”

Replying to a query on the divisions within he explained, “Wherever there is a community wielding so much influence and in such a large number, it is either in power or the target of others. But there are always factors that unite them like that of essentially being a farmer.”

Given Punjab’s experience where it is being quoted as the first mass uprising against the corporate model in India where the farmers have not allowed toll plazas, petrol pumps, shopping malls run by corporate giants to function, it needs to be underlined that these symptoms were visible during the violence around the Jat stir of 2016 where this reporter was there on the ground.

Many people had pointed out how the violence had taken place in urban areas while the rioters had mainly come from the villages. The places that had been targeted included private schools, private hospitals, plush shopping malls and big showrooms of automobiles etc. The observers from various communities had told this reporter at the time that the violence was also directed towards economic and social exclusion.

A reputed health professional in Rohtak had told this reporter how the rioters had targeted business establishments selling articles that are a symbol of prestige in present times like branded apparel, mobile phones, electronic goods including laptops and automobiles.

Even then the people had pointed towards a ‘method in madness’ as the administration stood paralyzed. Many had claimed to have relived the trauma of partition once again.

The ongoing farmers’ agitation that has seen the coming together of people is sure to change the social equations once again and this in turn will have long term ramifications in other spheres as well. 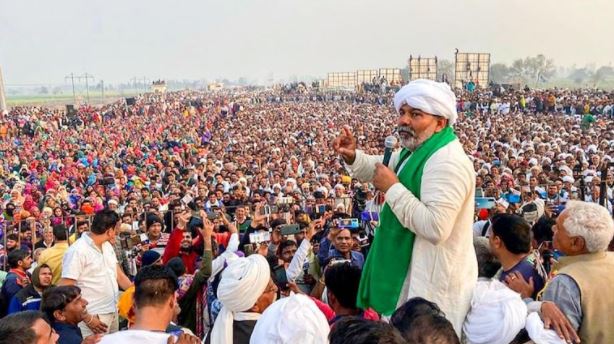