The revolutionary freedom fighter Chandrashekhar Azad is usually remembered only by the famous photograph in which he is twirling his moustache bare-chested, and wearing a janeu ritual thread, a symbol of masculine nationalism.

Deeper research into his life and political career reveals not only the truth behind this photograph but the progressive political ideas of Azad, who led the Hindustan Socialist Republican Association, a revolutionary socialist organisation founded by Bhagat Singh and others in September 1928.

Unlike Bhagat Singh, Chandra Shekhar Tiwari was born in a very poor family of workers (people who sell their labour power for wages). His father Sitaram Tiwari was a gardener, and his mother Jagrani Devi a homemaker. They had migrated from the district of Unnao in central UP to Jhabua, Madhya Pradesh where the boy who would become Azad was born on July 23, 1906.

He grew up with boys from Bhil families who lived very near to his village. His father provided him and his older brother with a private tutor, but Azad was not very interested in studies. As a teenager he got a job as peon in a government office, but the officials’ hierarchical attitude forced him to resign.

Greatly reprimanded by his short-tempered father, the fourteen-year-old decided to run away from home and try his luck in distant lands. He ran away with a diamond pearl merchant who used to come to his village, and they reached Bombay. Here he got a job in the dockyard, and witnessed for himself the exploitation of manual workers.

Azad spent many days at the dockyard but soon frustrated of his monotonous life. Deciding to resume his studies, he established contact with his family and reached Banaras in the year 1920, where he was admitted to the Sanskrit Vidyalaya of Kashi Vidyapith which gave boys from Brahmin families were given free education and boarding at the time. Here he befriended other boys like Manmath Nath Gupta, Rajendra Lahiri and Pranvesh Chatterjee, who were of a nationalist orientation.

Together they participated in Gandhiji’s Non-Cooperation Movement, launched to protest the Jallianwala Bagh massacre in Amritsar and the dismemberment of Turkey by Britain. Azad became a Congress volunteer, and during a demonstration meant for picketing liquor shops he was arrested along with his friends. He was presented before a magistrate who asked him:

“What is your father’s name?”
“Swadheenta.” [Liberty]

He was sentenced to fifteen days’ imprisonment and fifteen whiplashes. The boy suffered the sentence quite heroically and soon became a celebrity in town.

Gandhi’s sudden withdrawal of the Non-Cooperation Movement shocked Azad and his young friends and they began to look for alternatives. They found theirs in the underground revolutionary movement that aimed at overthrowing British rule through armed uprising.

Revolutionaries were very active in Banaras those days, especially in schools and colleges where they worked secretly. Azad became a member of one such clandestine organization, the Hindustan Republican Association, whose founder Sachindra Nath Sanyal was greatly influenced by the Russian Revolution. In his party manifesto named The Revolutionary he wrote:

“Our ultimate aim is to end the exploitation of one man by another man… We stand for nationalization of industries, railways, mines, universal adult franchise and right to recall elected representatives… Our role models are our ancient rishis and Bolsheviks of Russia”.

Years later, Sanyal would write in his celebrated autobiography Bandi Jeevan [Bound Living] that while he completely agreed with the Marxist ideology, he had problems with dialectical materialism. An idealist, he believed that religion had an important role to play in Indian societies, and chose not to add the word ‘socialist’ to the organisation’s name.

Soon enough these apprehensions were overcome by the party young guns, as Manmath Nath Gupta, Rajendra Lahiri and others openly started debating atheism, Marxism etc. The shift was only possible after the arrest of the old guard like Sanyal and Ram Prasad Bismil: those who were left out, like Azad and Bhagat Singh, came under the influence of socialist thinkers like Ganesh Shankar Vidyarthi, Maulana Hasrat Mohani, Satyabhakt and Radha Mohan Gokul.

Moreover, the communist movement emerging in India and the historic workers’ struggle in various parts of the country motivated these young revolutionaries to study and discuss Marxism further. In 1928, after a lot of deliberations, the Hindustan Republican Association was transformed into the Hindustan Socialist Republican Association, and Azad unanimously elected its commander-in-chief.

Although not very highly qualified, Azad took keen interest in ideological debates within the party, and the production of propaganda. According to one of his closest comrades Shiv Verma, Azad had him read The Communist Manifesto aloud to him line by line, giving his approval to most of Marx and Engel’s arguments based on his own personal experience as a manual labourer.

When Bhagat Singh and B.K Dutt threw two harmless bombs in the Central Legislative Assembly on April 8, 1929 against two draconian anti-labour laws, the party issued a statement known as the Pink Pamphlet, attributing it to Azad’s code name, Balraj. The statement declared:

“The British, in alliance with Indian capitalists, have destroyed our country by sucking out the blood of poor workers and peasants… we will continue our struggle until and unless the masses of this country establish a socialist government which will put to an end to inequality, hunger and starvation”.

Singh and Dutt were imprisoned for life for their courageous act. Next, the HSRA tried to assassinate the Viceroy of India, but missed the target by a very close margin. When Gandhi condemned their action calling them ‘worshippers of the bomb’, the revolutionaries replied very powerfully in their famous pamphlet, The Philosophy of the Bomb:

“It is a utopian dream that non-violence can bring freedom to any country… only through an armed revolution can we throw out the British of this country and establish socialism”.

In May 1930, Azad and his comrades tried to free Singh and Dutt from jail, and one of the party’s leading members and ideologues, Bhagwati Charan Vohra died in the attempt. Azad was heartbroken, but did not lose hope. He tried to expand the party in Bombay and Madras, but in September 1930 inner-party conflicts forced him to dissolve the central committee of the HSRA, and tell the provincial committees to work on their own, independently of each other.

By this time the revolutionaries had come very close to the communist movement, and were trying to send some of their men and women to the Soviet Union for political and military training. They also worked closely with the peasant organisations and trade unions of Punjab, Uttar Pradesh and partitioned Bengal. In February 1931 Bhagat Singh sent a letter from jail calling upon young political activists to:

“Form a communist party which is both underground and overground… better if it is overground… work amongst peasants and factory workers… they are the true revolutionary forces… only if we are able to organize them on their class-based demands then we will be able to organize a revolution against the British and Indian capitalists”.

Just few weeks after Singh wrote the letter, police surrounded Azad inside a park in Allahabad. Perhaps some member of his party had become a police informer. He fought the police singlehanded for two full hours, before succumbing to his wounds.

Azad died a martyr’s death on February 27, 1931 at the age of twenty-four. A month later the British government also executed Bhagat Singh and his two comrades. 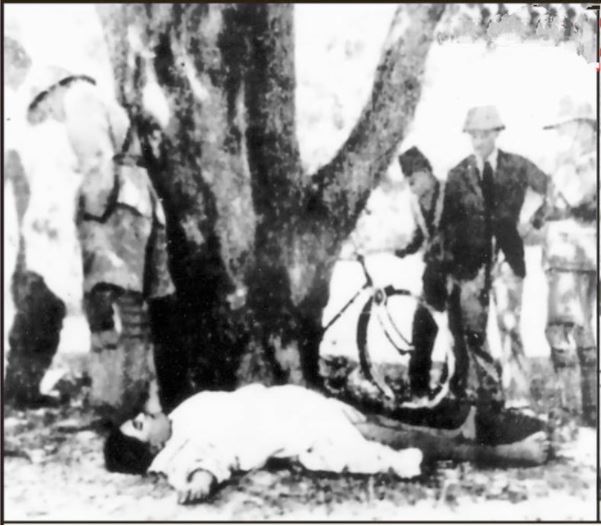 These young revolutionaries’ sacrifices did not go waste, playing a huge role in radicalising Indians. The anti-colonial struggle witnessed an ideological leftward shift, due to the immensely successful propaganda by these revolutionaries.

Nevertheless, after Independence the Hindutva forces have tried to appropriate these Marxist revolutionaries by over-emphasising their anti-Congress politics and use of physical violence, in contrast to Gandhi’s unshakeable belief in non-violence. They have diluted the beliefs of revolutionaries like Azad and Bhagat Singh to serve their own interests. The apathy of the Congress and confused attitude of the Left haven’t helped.

For instance, the contempt for Azad’s portrait that shows him wearing a janeu: no historian has cared to look for the context in which the photograph was taken. Through my PhD fieldwork I realised that when the photo was taken, Azad was in disguise as a sadhu who taught the Ramayana to children in the village, as he was hiding from police in the Kakori case at the time!

The truth is that the revolutionaries had decided to do away with all symbols of caste and religion at the historic foundation meeting of the HSRA in 1928. That is why Bhagat Singh cut his long hair and beard, and Azad did away with his janeu ritual thread. The radical history of our revolutionaries needs to be better known. 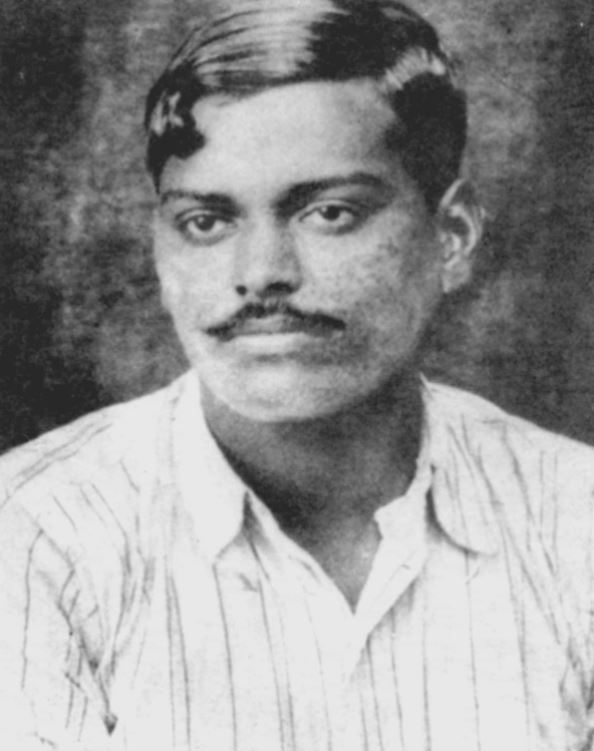 Prabal Saran Agarwal is a PhD scholar at the Jawaharlal Nehru University, Delhi 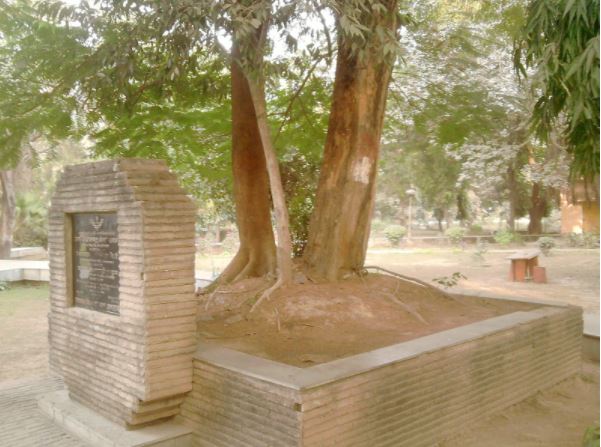