Many states have challenged subsidies to the Indian peasantry

Even as the stalemate continues between the Indian government and agitating farmers across the country, the ongoing movement has carried some important messages at the global level.

Experts think the agitation has helped India at the World Trade Organization headquartered in Geneva, where it is now accepted that the Indian farmer is resource poor. This assumes importance as many states have challenged subsidies to the Indian peasantry in the recent past. The message has gone out that there is a deep crisis and an urgent need for state support to agriculture. It may also shine a light on the huge subsidies afforded to farming corporations in Europe and the United States.

These were some of the views expressed last Monday at the Centre for Research in Rural and Industrial Development in Chandigarh, at a panel discussion on ‘Lives, Livelihood and the Three Agri Laws’, where eminent economist Ranjit Singh Ghuman and former union agriculture ministry secretary Siraj Hussain shed light on various dimensions of the contentious laws.

They emphasised that agriculture cannot survive without state support, and implementing these laws would have a bearing even on the environment and ecology, since businesses cannot be expected to support these vital spheres.

According to Hussain, it is being realised that several states are not really affected by the working of the Agricultural Produce Market Committees or APMCs, whose structure has been weakened to the point that farmers are forced to sell their produce outside the mandis. Further, land holdings in states like Uttar Pradesh, Bihar and West Bengal have shrunk to the point that farmers cannot think of selling their produce at distant APMCs, and sell it to local traders instead.

Of Punjab he said that the Green Revolution and incentivising policies had led to a change in cropping patterns over the decades: “While only5 % of Punjab’s area was under paddy in 1960 before the Green Revolution, it is 40% now. Meanwhile the area under pulses has been on the decline. Punjab farmers realise that growing paddy in a water-stressed area is not possible for long,” he said.

Hussain stressed that the Government of India needs to ensure a steady flow of income for farmers over five to ten years so they can switch over to other crops. For this it will need to promote research with the scientific establishment, investing more in other crops.

“Drastic changes cannot come in one day through laws. The Niti Aayog needs to come out with a ten-year plan on the scope of the public distribution system in 2030,” he said.

He said the Union government is already procuring wheat and paddy in excess from Punjab and Haryana, and the quantum could go much higher if procurement were efficient in states like Uttar Pradesh and Bihar. In such a scenario it would have no way to deal with the excess food grains.

Agriculture being a complex subject with many people involved, “ordinance is not the route to make such structural changes to agricultural economy,” said Hussain.

Ranjit Singh Ghuman was far more scathing in his opposition to New Delhi’s move. “My view is that these laws will empower the corporate rather than the farmers,” he said.

The objectives being listed by the government with regard to these laws do not match the ground reality, he said. Together the three laws would weaken the APMCs and the minimum support price regime as private mandis would prevail over the APMCs with the entry of corporations.

Backing his views with a series of statistics, Ghuman said the proposed move towards contract farming would make farmers subservient to private companies, dependent upon them for inputs, technical advice and marketing.

Explaining his own research in the field he said agriculture had been marginalised constantly, such that the size of land holdings has been declining and young people are no longer inclined to take it up as a vocation.

Expressing concern on the employment prospects of young people outside the cities, he said Indian agriculture had been sent from “jobless growth to job loss growth” in the past decade.

Criticising the amendments made by Parliament to the Essential Commodities Act, Ghuman asked “By what rationale are cereals, pulses, oilseeds and potatoes not essential commodities?”

He said the new law would promote black markets and monopoly, with a cartel of companies dictating terms to farmers at the time of purchase.

“There should be laws that integrate agriculture with employment and agricultural produce with processing and value addition,” he said.

The experts also dwelt on the agitating farmers’ demand for a statutory MSP. Ghuman was of the view that an MSP guaranteed in law is very important to act as a referral point. With the government “assuring” farmers that the MSP would not be dismantled, he said his view based on old experience is that the MSP will no longer be there.

When the government withdraws from procurement, he explained, private businesses cannot be forced to purchase at MSP or above. “There will have to be a benchmark, and that is why MSP is required,” said Ghuman.

MSP must be given legal status for 21 crops besides wheat and paddy, for which it is announced but there is hardly any procurement, he said. “This is a must for diversification of crops and will lead to a decline in import bills.”

Ghuman thinks the three contentious laws should be “suspended” pending a comprehensive review of agriculture policy as a whole, by a committee that has representatives from farmers along with experts and is headed by “impartial people of great integrity.”

“The findings or report of the committee should then be debated in state assemblies to ensure the constitutionality of the process,” he added. Agriculture is a state subject in the Indian constitution.

Likewise, Siraj Hussain emphasised the need for assured remunerative prices for farmers, a mechanism for which would have to be evolved collectively by economists, farmers and the elected government. 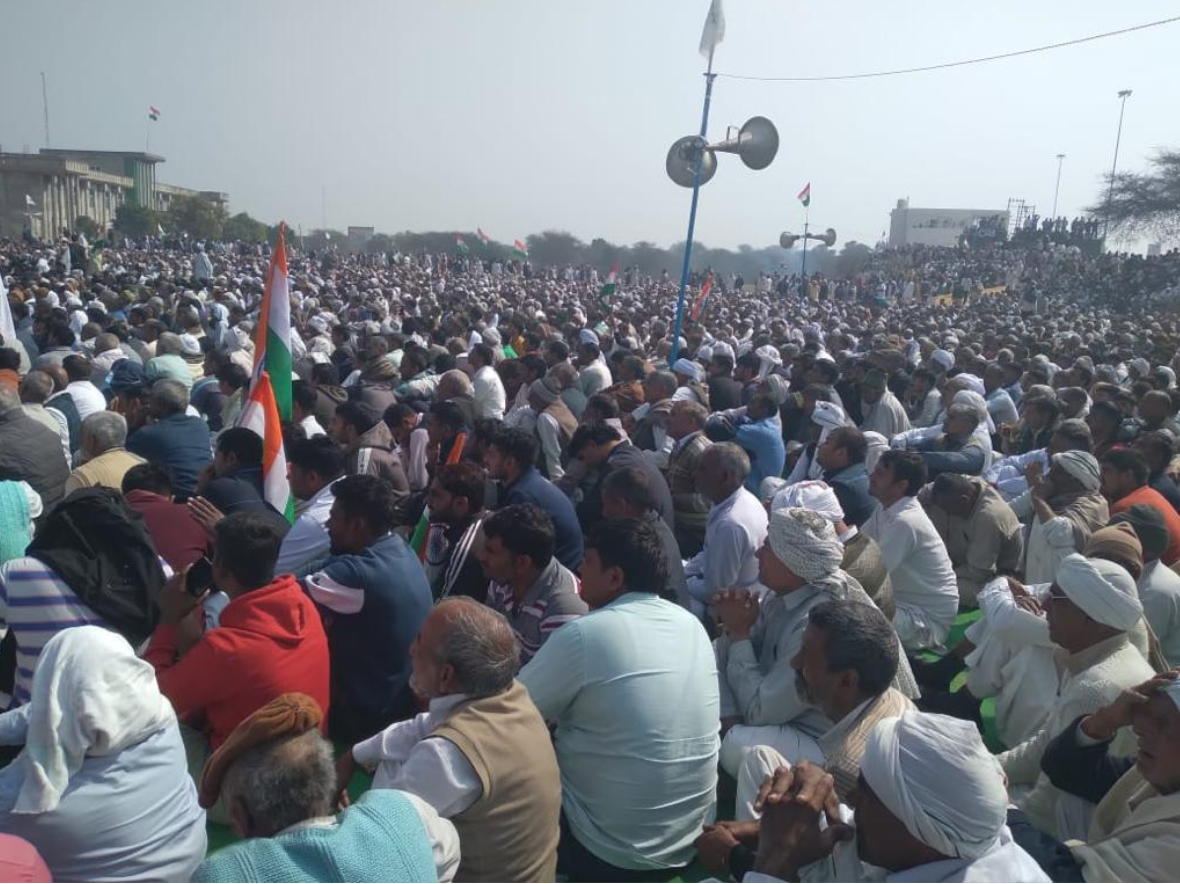