Farmers Mount Pressure On BJP-JJP MLAs to Support No Confidence Against Haryana Govt.

The Manohar Lal Khattar government in Haryana will face its first big challenge on Wednesday when the no confidence motion moved against it by the Congress opposition comes up for discussion and a vote. More so because the Samyukta Kisan Morcha has started a massive campaign urging farmers to persuade the ruling Bharatiya Janata Party and Jannayak Janta Party legislators to vote in favour of the motion and bring down the government in the state.

Senior Kisan leaders have been directing farmers in Haryana to join the campaign, and ensure that the ‘anti-kisan’ government is brought down by a decisive vote on March 10. Senior SKM leaders have issued video appeals asking the Haryana farmers to meet the legislators and pressure them to break their silence and teach a lesson to the Khattar government by voting it out of power.

The farmers will be holding demonstrations outside the homes and offices of the ruling alliance legislators even as they have told them not to visit their constituencies. A demonstration was just held outside the office of the Independent MLA Gopal Kunda in Sirsa.

The Dushyant Chautala led JJP was seen as susceptible to farmers pressure being an essentially rural political party. However, there seems to be no movement in support of the peasants with Dushyant Chautala recently being quoted by the media to say that the SKM leaders are seen more “on other platforms in the country” than with the protesting farmers. He further said that the farmers should talk to the government and resolve the issue.

Haryana has been home to massive maha panchayats across the state with unprecedented attendance. The farmers have been careful to underline their apolitical stance, maintaining that while they are against the ruling party for its refusal to concede their demands for the repeal of the three farm laws they are not for any other political party or combination. The BJP and JJP legislators are worried about the impact in their constituencies according to reports from the state, with farmers making it clear that they will not allow the ruling party legislators to campaign unless they resigned and joined the farmers movement.

Former chief minister Bhupinder Singh Hooda said that after the voting on the no confidence motion on March 10 “it will be known which MLA votes in support of farmers and which in support of the anti-farmer government”. Haryana is a front line state insofar as the current farmers agitation is concerned with the SKM claiming that at least 30 of those who died during the winter months were from the state.

In the 2019 Assembly elections the BJP won 40 seats, JJP 10 and the Congress party 31. The one MLA of the Indian National Lok Dal who won has resigned from the Assembly in support of the farmers. There are seven Independents who are also being targeted by the farmers to vote for the no confidence motion.

The JJP is the weak link in the ruling alliance in that several of its MLAs are visibly worried about the turn of events as they represent largely rural constituencies. Some have even gone on record such as party MLA from Tohana Assembly Devender Singh Balli to say that they were being boycotted by their villages as a result of the farmers stir.Balli told reporters that the legislators are being told not to visit their constituencies.

The pressure is building up on the Khattar government although the Chief Minister maintained there was ‘no threat’ and that it was for the Congress party to keep its flock together. This will the first direct challenge to a government by the 100 days farmers stir that braved the bitter cold, deaths, and arrests over the past months.

Cover Photograph - Protest posters brought out by the farmers bodies. 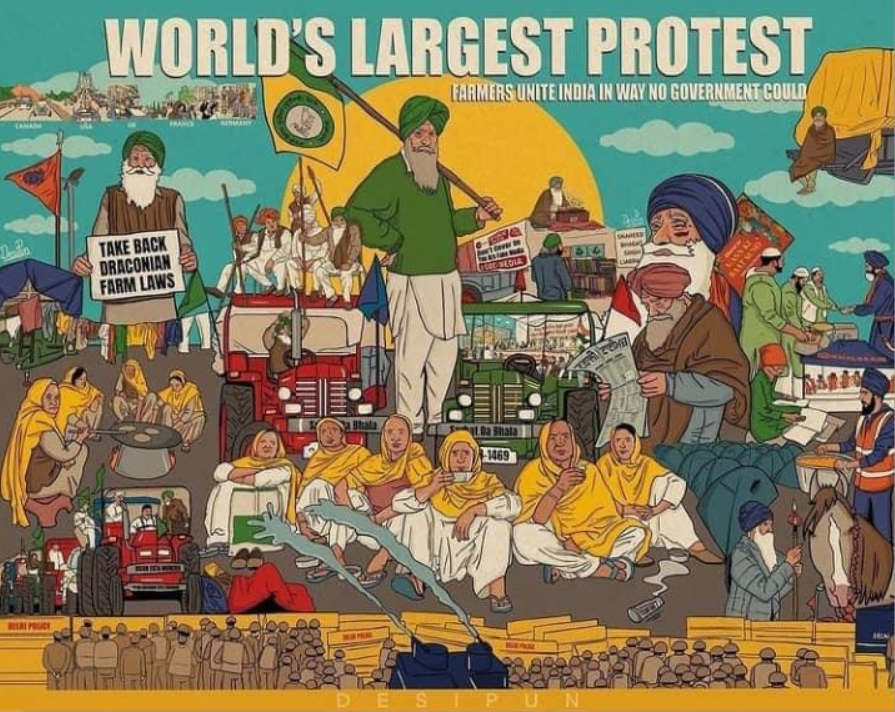