More than 2500 people from across the country and world have issued the attached statement against the recent rejection of bail application of 84-year old Stan Swamy and appealed for his immediate bail. They have also appealed for repeal of UAPA, and a return to the norm where bail is the rule not the exception.

We, the undersigned, are shocked by the rejection of a bail application filed by Stan Swamy in the Bhima Koregaon case by the special NIA (National Investigation Agency) court on March 22, 2021. He was arrested on October 8, 2020 and continues to languish in jail.

Eighty-four-year old Stan Swamy is a Parkinson’s disease patient with severe tremors in both hands. He has trouble drinking from a glass, taking bath and washing clothes on his own. He has other health ailments as well. Before his arrest, he used to spend most of his time at Bagaicha, Ranchi. Despite being repeatedly harassed (first by Maharashtra police and then the NIA) since 2018 in this case, he stayed in Bagaicha and cooperated fully with the investigation. Rejection of the bail of an elderly and ailing person, with limited mobility and no history of violence against others, is beyond comprehension.

We know Stan as an exceptionally gentle, honest and selfless person. We have the highest regard for him and his work. He has spent decades in Jharkhand working for the rights of the Adivasis and underprivileged.

It is ironic that while public support for Stan Swamy continues to grow, the court rejected the bail application in the “community’s interest”. Adivasis, Gram Sabhas, civil society, several political leaders and parties, and Jharkhand’s Chief Minister himself have condemned Stan’s arrest and expressed support and solidarity with him.

The recent Arsenal report, prepared on the basis of electronic evidence collected by the NIA, has exposed how fake documents were planted into the computers of the accused in the Bhima Koregaon case. Stan himself clearly told the NIA that some so-called extracts allegedly taken from his computer were fabricated and that he disowned them. It is disturbing that the court decided to ignore this evidence of fabrication as it rejected the bail application.

Stan Swamy is a symbol of the plight of thousands of undertrial prisoners who languish in jail for years under fabricated UAPA charges, often aimed at harassing those who stand up for the underprivileged or oppose the government. The conviction rate in UAPA cases is extremely low (2.2% between 2016-19 as mentioned in the Parliament), confirming that many of the charges are baseless.

We appeal for immediate bail for Stan Swamy, repeal of UAPA, and a return to the norm where bail is the rule not the exception. 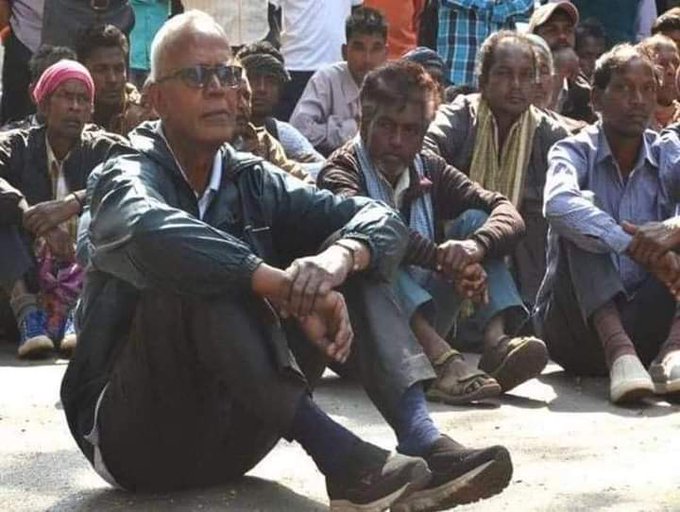