The other day, my colleague failed to turn up for a meeting due to an oversight. He often misses his deadlines due to oversight. Another colleague has failed to greet several people on their birthdays due to oversight. A friend often forgets to cook on time due to oversight. His son seldom completes his homework due to oversight. As Indians we have been indulgent and accommodative. So, we let this pass. We assume, in good faith, that the errant will repent. They never do. But our faith remains unshattered. It is this hope that binds us together. This is the glue that brings unity in our diversity.

So why this furor when our honorable Finance Minister announced interest rate cuts in small saving schemes and then confessed that this was an oversight? Where is our indulgence? Our sense of decency? Our famed tolerance to error and mediocrity? In fact, I even abhor this practice of “admitting to an oversight”. What purpose does this serve? It is an unnecessary humiliation for the perpetrator. An unjust act that creates a chasm between the “admitter of the oversight” and the “victim”. An act that may destroy harmony in communities.

The roster of acts where “oversights have not been admitted to” is impressive. Here are a select few:

. Acche din or the promise of better times. 7 years and waiting.

. In 2016, the central government set the target of doubling farmers’ incomes by 2022 and the three new Farm laws will create new markets and new opportunities for formers

. On Gandhi Jayanti of 2019, 99% of rural India was declared Open Defecation Free

. Removal of Article 370 will bring peace and development to J&K

. The CAA-NPC-NPR citizenship acts are about giving refuge to oppressed minorities in some neighboring countries

. Indian Railways will never be privatized

. The Mahabharata war was won in 18 days, this war the whole country is fighting against coronavirus will take 21 days

. China did not enter our territory, no posts taken

. The three road, rail and power projects that cut through the Mollem Wildlife Sanctuary in Goa, are not about making Goa a Coal Hub

Precedents have been set by esteemed leaders. Let “oversight” be banished from our vocabulary. Let us commit ourselves to our uniquely Indian ways – of indecision, fluff, lack of inspiration, ordinariness, insipidity and irrationality. Let us not be afraid of a world run by adults who were never spanked as kids and who were given trophies just for participating. Or as George Costanza of Seinfeld fame said, “You know, if you have taken everything I have accomplished in my entire life and condense it down to one day…it looks decent”.

Cover Illustration: Derek Phillip Monteiro is a Goan artist, poet and composer, who dabbles in jazz to annoy and disperse pesky
pigeons on his windowsill. 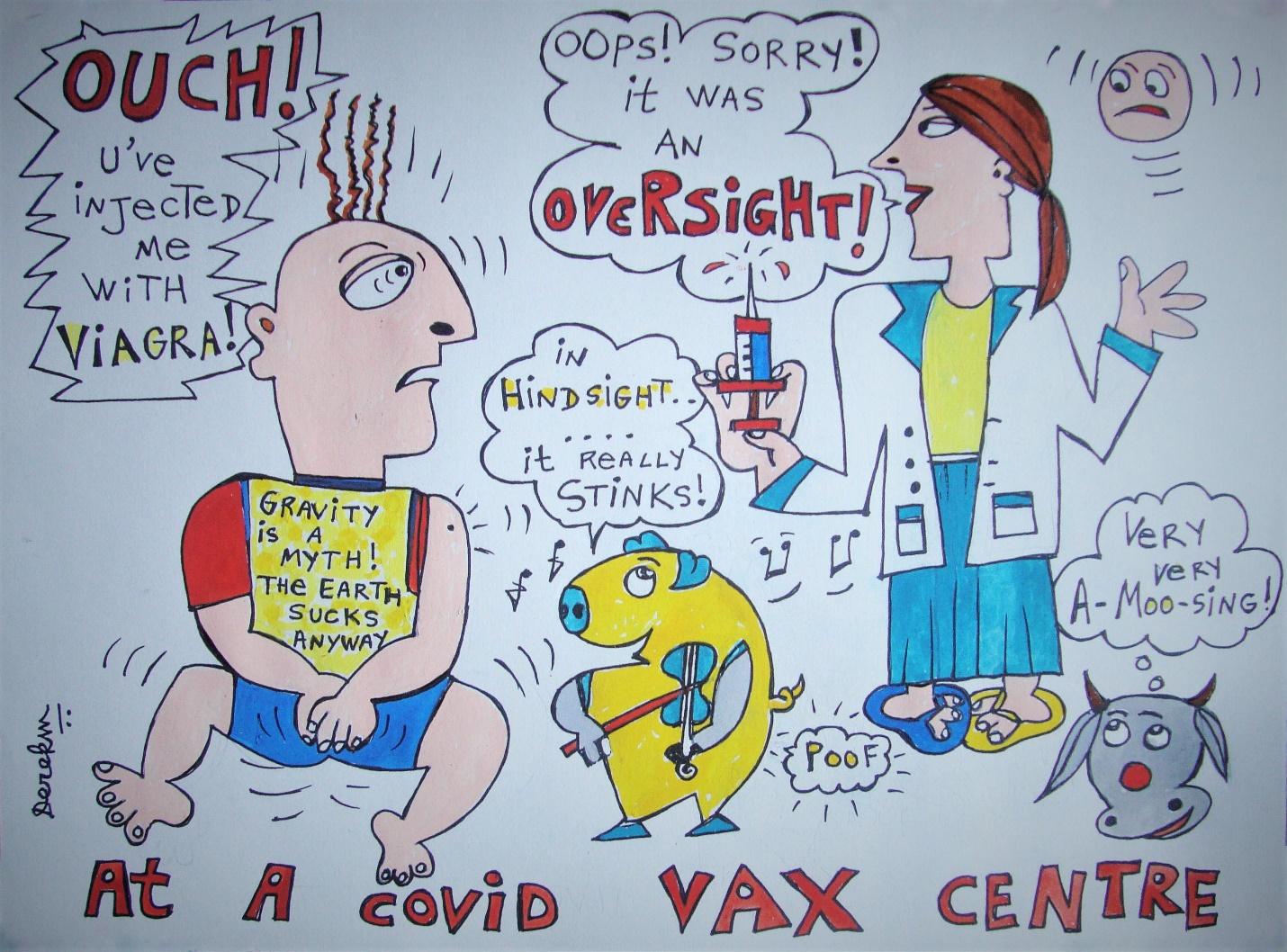