Among the many untouched treasures of Firangi Mahal in old Lucknow, is a pair of intricately crafted ‘khadau’ (wooden slippers) that were worn by Mahatma Gandhi during his stay at the house of Maulana Abdul Bari, (1878-1926) an Islamic scholar, influential leader and head of the Firangi Mahal seminary at that time.

While the association with Gandhi and the national movement brought Firangi Mahal in the national limelight, this house, once occupied by French traders, from which it derives its name, is the seat of one of India’s most reputed family of Islamic scholars.

Dars- e-Nizami the curriculum followed in most madrasas (Islamic seminaries) in the Indian sub continent and countries around the world is the most lasting contribution of Firangi Mahal.

The now dilapidated walls of Firangi Mahal have been witness to a significant chapter of the country’s freedom struggle. It was in 1921 that Maulana Mohammad Ali Jauhar had sent a telegram to Bari that Gandhi was visiting Lucknow.

Bari brought him to Firangi Mahal where Gandhi often stayed during his frequent visits to the city during the heady days when Hindu-Muslim unity was being forged ahead of the Non Cooperation Movement and Khilafat Movement.

A cluster of rooms, verandahs and a beautiful courtyard where Bari once lived in the old part of Lucknow’s Chowk is no longer just a house, as the entire locality has now been named Firangi Mahal.

The illustrious members of this family have from time to time guided the community in imparting Islamic teaching, during a crucial period of the freedom movement. And continue to do so now in practical matters like, for instance, proclaiming that there is nothing un-Islamic in taking the COVID jab during Ramzaan, and how even COVID bodies need to be buried with the respect they deserve.

Recollecting his visits to Firangi Mahal, Gandhi had recalled how Bari would arrange for a Hindu cook during his stay and make special arrangements for his goat that travelled with him. A section of this house still conserves the memories of those visits.

These visits came soon after the Jallianwala Bagh massacre, which had traumatized the nation. The brutalities inflicted by the British Acting Brigadier-General Reginald Dyer on unarmed peaceful protesters in Amritsar on Baisakhi day in 1919 had united the nation in grief.

The protest was against the Anarchical and Revolutionary Crimes Act, 1919 popularly known as the Rowlatt Act. The Act had indefinitely extended the wartime emergency measures of preventive indefinite detention, incarceration without trial and judicial review enacted in the Defense of India Act 1915 during the First World War.

Coinciding with this was the collapse of the Caliphate in Turkey after the First World War. The Caliph, as the head of the Ottoman Empire, was considered the nominal supreme religious and political leader of Sunni Muslims across the world.

The downfall of the Ottoman Empire provided Indian Muslims an opportunity to organize a pan-Islamic colonial political protest campaigning for the restoration of the Caliphate. The many prominent nationalist leaders associated with this demand included the Ali brothers – Maulana Mohammad Ali Jauhar and his brother Shaukat Ali Jauhar, Hakim Ajmal Khan, Abdul Kalam Azad, Dr Mukhtar Ansari, Hasrat Mohani and Maulana Abdul Bari Firangi Mahali among many others.

Mahatma Gandhi was instrumental in strategically striking an alliance between the Khilafat leaders and the Indian National Congress to jointly fight to put pressure on the colonial rulers through the combined onslaught of the Khilafat and Swaraj movements.

University of London’s Professor Francis Robinson in his 1974 book ‘Separatism among Indian Muslims, the Politics of the United Provinces’ Muslims, 1860-1923’ writes: “It was Bari’s immense multitude of followers who were mainly responsible for the large Muslim attendance at the Calcutta Congress in September 1920, which transformed non-cooperation from a dream into a practical proposition”.

Bari collected donations from Muslims for the freedom struggle and arranged tours of Mahatma Gandhi in the Muslim dominated areas of the city to promote Hindu-Muslim unity and instill confidence in Gandhi among the Muslims.

This had become necessary, as there had been communal riots in the city and an urgent need was felt to inculcate a sense of belonging among the Muslims, recalls the present day Rector of Darul Uloom Firangi Mahal Maulana Khalid Rasheed.

According to the records, Gandhi visited Lucknow on three occasions during these years. He first came in March 1919, which was followed by a visit in September 1919 for an all India conference, in which Bari also participated.

As a gesture of respect, Muslim families in the area shunned cooking meat during Gandhi’s stay at Firangi Mahal, Khalid Rasheed points out.

Interestingly, Bari is believed to have introduced Gandhi to several Sufi saints. In his book ‘Notes on The Great Indian Circus’, celebrated writer Khushwant Singh recollects a fascinating episode pointing towards this.

On January 27, 1948, three days before he was martyred Mahatma Gandhi had held his last public addresses at the shrine of Sufi saint Qutbuddin Bakhtiyar Kaki in Mehrauli.

According to Singh, it was here that Mahatma Gandhi met Maulana Jamal Miyan Firangi Mahali, the son of his deceased friend Maulana Abdul Bari, whom Gandhi referred to as his brother. The son had recounted this chance meeting with the Mahatma to an Urdu newspaper soon after his return to Lucknow.

“ Maulana Jamal asked Gandhi how he knew of Hazrat Bakhtiyar Kaki to which the latter replied, it was in fact, his father Maulana Bari who had introduced him to the great Sufi saint as the disciple of Hazrat Moinuddin Chishti ‘Gareeb Nawaz’ of Ajmer”.

Elucidating, Gandhi had told Jamal how he had been invited by Bari from Ahmedabad to Ajmer in March 1922, where the Mahatma had the first magical experience of participating in an authentic Chishti qawwali session.

“The ghazal being sung had been composed by Maulana Mohammad Ali Jauhar and the then Bihar secretary of the Khilafat Committee, Dr Syed Mahmood had been translating it to Gandhiji from Urdu to English”, remembers Adnan a great grandson of Bari.

In awe of what unfolded before him during that event, Mahatma Gandhi had enquired from Bari about Moinuddin Chishti’s intellectual successor, Bakhtiyar Kaki. It was then that Bari had apprised the Mahatma of the life of Bakhtiyar Kaki.

Bari and his association with Gandhi and the Khilafat movement drew the nation’s attention to Firangi Mahal. However, the institution by then already had many centuries of a rich legacy to uphold.

The first evidence of the existence of the family that migrated to India comes from a grant made to an ancestor, a renowned alim, Shaikh Hafiz, in 1559 during the time of Mughal emperor Akbar. Islamic scholars from the family can be traced through similar documents down to 1692.

It was during the reign of Aurangzeb when one of his judicial officers, Mulla Sayeed Sihali, accompanying him in Deccan, and a descendant of the family received the news of the murder of his father and scholar, Qutub-ud-din at Sihali, in Fatehpur block of present day Barabanki.

Emperor Aurangzeb, who respected ulemas, immediately ordered the family to be shifted to Firangi Mahal quarters in the Chowk area of Lucknow.

The house where the family was relocated was called Firangi Mahal, as French traders dealing in indigo had been its occupants.

During the time of Mughal ruler Shahjahan (1628-1658) there had been a sizable French population of traders in Lucknow. In one section of Firangi Mahal resided the French indigo traders and in another section their women.

On the royal orders, the French traders vacated the palatial building that was then handed over to the family of Islamic scholars.

It was here in the new premises that a descendent of the family, Mulla Nizamuddin, established a madarsa which soon became famous all over the Islamic world.

He had developed the Dars-e-Nizami syllabus that is still popular in Islamic institutions of the Indian subcontinent and even abroad in countries including South Africa, Canada, the US, UK, and the Caribbean.

This syllabus at that time was considered to be progressive as it included subjects like logic, philosophy, Islamic jurisprudence, mathematics, history, Arabic, Persian, and Urdu besides training in traditional subjects like Tafsir (Quranic exegesis), Hifz (memorization of Quran), Islamic law and other subjects.

This syllabus has been widely accepted by all the ulemas of different sects - Deobandi as well as Barelvi.

Giving credence to its importance, Islamic scholar-poet Shibli Nomani had stated: "Firangi Mahal was once the biggest Darul Uloom of India and is the founder of Dars-e-Nizami".

The present day Rector of Darul Uloom Firangi Mahal Maulana Khalid Rasheed has had the advantage of schooling in modern education in a Christian missionary school as well as firm grounding in Islam during acquiring higher education from Darul Uloom Nadwatul Ulama.

He started the Islamic Centre of India in the Aishbagh Eidgah premises and reinvented the Madarsa Nizamia giving free education to children from all social backgrounds. He also added English as well as computer studies to the syllabus for ensuring a well-rounded personality of students.

The youngest member of the Executive of the All India Muslim Personal Law Board, Maulana Khalid Rasheed, is also the Naib Imam of the city’s Aishbagh Eidgah. He has dedicated himself to establishing an interfaith dialogue and spreading a scientific temper among the Muslims.

He has been at the forefront of promoting many progressive ideas among Muslims, for instance the eradication of polio. He had publicly administered polio drops to his own one-year son, Abdul, to send a clear message to the community that had been resisting the polio vaccination.

His fatwas (edicts) against terrorism, female infanticide, for girls’ education and more recently against dowry urges the community to shed its obscurantist rigid views and move ahead.

During the past one year, Khalid Rasheed has issued a series of COVID related fatwas. Soon after targeting of Muslims after the Markaz incident in New Delhi , he had issued a fatwa urging people to go for testing and not hide the disease that he described as a “criminal act”.

When reports of families abandoning dead COVID bodies of near and dear ones was being widely reported, he issued another fatwa describing the manner in which such bodies should be disposed of giving the final ritual bath in the body bag.

The latest act of leading by example is the Maulana taking the first dose of COVID vaccine and asking people to set aside all doubts and go for the vaccine even during Ramzaan.

The Firangi Mahal School of scholars continue to guide the Muslim community not only in religious and educational affairs but also for their material well-being. 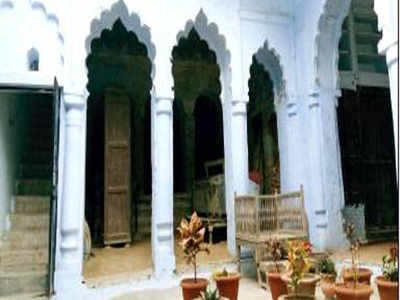