'People are quite angry about the situation'

DAMOH: With more than 661 fresh cases and over 26 deaths recorded in the last two weeks, the residents of Hatta block in Damoh, Madhya Pradesh had no choice but to self-impose a lockdown. While strict covid regulations are in place statewide, a recent byelection to the assembly with around 5,000 voters led to a sharp increase in cases.

No lockdown was announced. The bypoll was called after Congress MLA Rahul Singh Lodhi defected to the BJP in October last year.

Local residents organised the first self-imposed lockdown for two days on Saturday, but with no reduction in covid cases extended it to five. On the third day some shops were opened to allow people to restock essentials.

A vendor from Hatta told The Citizen, “We have taken this decision on our own. There has been a continuous increase in covid patients in Hinota village and still there have been no official orders to implement a stricter lockdown.

“The original numbers of covid deaths have not been disclosed by the government, showing how lightly the administration is treating this pandemic. We have no option but to take matters in our own hands while the fudging of statistics continues,” he stated.

According to area resident Ashok Singh Rajput, “More than 50 people have been admitted to different hospitals in and around Hatta. We have recently lost a doctor to covid too - that has made people understand the urgency of the situation and shut down themselves in a self imposed lockdown.”

Elaborating on the political climate, Hatta resident Hemant Sahu said “people are quite angry about the situation. Coupled with the collapse of health infrastructure and widespread water scarcity problems, a large chunk of the people had been toying with the idea of boycotting the election altogether. No water, No vote. This demand cannot be compromised.”

A local medical practitioner shared how “people are dissatisfied with the present government’s treatment of the situation. People are of the view that elections are not supposed to be the priority in a pandemic, but the government should have focused on forging a plan to curb the spread of covid.

“Elections could have been postponed for some months. Due to campaigns and rallies, the infection situation has only worsened.”

With a large youth voter base, the people of Hinota village are well aware of the urgent covid situation and have been practising distancing. They hope this lockdown by rural Hatta will show up the inefficiency of the government in taking health matters seriously.

“There has been an unprecedented increase in covid cases in Damoh. If the administration had intervened in time and imposed a lockdown, such a situation could have been avoided. Real data of active covid cases were not released to the public, making for a risky proposition,” he told The Citizen.

Talking about health challenges he added, “The prime challenge right now is unavailability of oxygen cylinders or hospital beds or Remdesivir injections. A new rule has been introduced according to which only collectors can issue Remdesivir, and private hospitals haven’t been given sufficient doses of it.

“People who need it are not getting access to these medicines. There has been no coordination between government and private hospitals due to which essential resources are scattered and the lives of citizens are up for a toss.”

According to another medical practitioner, “In district hospitals publicly it has been portrayed that medicines and beds are in surplus but the insider picture is totally opposite. In district hospitals there are no beds and in private hospitals people are turned away saying they don’t have sufficient beds or oxygen cylinders to support more patients. All this has led to considerable chaos among people, leaving them flustered and hunting for health solutions.”

Bhuria added that in many ICUs “there are queues of recommendation letters by a number of patients to occupy the same.”

All this has led to considerable chaos among people here. With the scramble for beds and essential medicines, no area to perform people’s last rites, and inadequate actions by the administration, it has fallen to the people to take steps to ensure their safety.

Voting in the bypoll concluded yesterday, April 18, and the administration has imposed a corona curfew until the 26th. 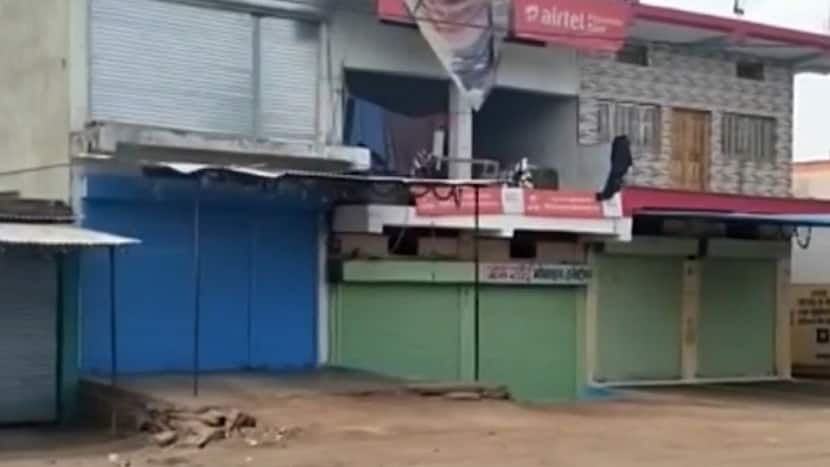