Former colleague Tasneem Ahmadi sums up the inimitable Soli Sorabjee success formula. During briefing on a matter involving huge stakes, Mr. Sorabjee was advised to raise his fees accordingly. Not an unknown practice. His response: ‘I practice law, not extortion.’

Indeed, elaborates Ahmadi, the credibility and ethics of India's two-time Attorney General were of such high repute that when he argued a case, placing facts before the court, judges thought it immaterial to refer to supporting documents. Could a judge pay a higher compliment to a lawyer?

Reinforcing this faith, retired Supreme Court Judge Justice Madan Lokur recalls: “When Soli stated a fact, you trusted it was on the record and when he referred to a precedent, you knew that his exposition of the law was correct. Judges would blindly trust him - absolutely no question of misleading the court to score a point. A true officer of the court.”

During his two terms as AG, whenever petitions against the Union of India came up, lawyers hoped Soli himself would appear on behalf of the Government, recalls Ahmadi. They understood he was so inherently fair and principled that he would fearlessly inform the Supreme Court the position taken by the Union of India was unjustified, if required. Expectedly, a precedent to be upheld, then and more so now.

Away from the inevitable hostile environs of courtrooms, Soli’s own room, at India International Centre or at his home, served as perhaps the original unofficial mediation chamber. Here he would preside centre stage, a fair ombudsman, ear to the left and then to the right, absorbing multiple accusations and dreaming up creative suggestions and solutions. Many an out of court settlement would have been clinched here, over pleasantries and cups of tea, some turned cold during heated moments.

Even when he served as Attorney General, he was probably the busiest go-to pro-bono lawyer. He found the time, patience and commitment to placate and satisfy warring parties, some of whom were once close-knit families or professional colleagues, within a short time. Perhaps his passion for fair play and his personal charm showed the way.

More often than not, it was here that he probably practiced best his self-declared denial of not being an extortionist. His size of his pro-bono clientele was in alignment with the size of his heart. Single mothers denied child visitation rights; abused elderly; dysfunctional families; violent partners; siblings locked in rivalries; exploited tenants or workers: his community of the Vulnerable.

Today they are united by a single link, the person who helped restore justice to them. They mourn his loss in isolation, individually, though with a shared sense of gratitude interrupted by inevitable smiles in memory.

Justice Lokur recalls how he, when a “rookie lawyer”, perfected the art of presenting a comprehensive brief from Soli, his senior. Decades later, in smooth role reversals, Soli would stand in the courtroom in complete deference before now-“His Lordship.”

Perhaps the court time saved in not having to shuffle paper during his perfected briefs was put to more creative use: in exchanging witticisms and in observing the Senior Advocate’s body language. His individualistic mannerisms would come handy later on, during the mandatory mimicry sessions.

Here too, he was fair: “I mimic you, you mimic me.” He was of course the best judge of his own stance, guiding the performances of his legal colleagues. “On occasion he would point out where others had gone wrong - for example, the slight shrug of his own shoulders or bobbing up and down on his toes while arguing a case,” recalls Justice Lokur. Soli, also the spreader of smiles and good cheer.

These rehearsals of performances with the baton in good hands were perhaps a nod to the refrains of his favourite Benny Goodman number: “All of me; Why not take all of me?” He practiced jazz as seriously as he practiced law. He perceived the comparable principles of improvisation both are based upon: no extensive or extraneous notes, legal or musical. Just expressing the inner voice in all integrity and creativity.

Often at a Jazz concert, he might give in to an uncontrollable urge to grab the mike and break into song: “Can’t you see I’m no good without you?”

During these spontaneous outbursts, in his own vision, he could be paying tribute to one or more of his multiple loves: the origins of jazz in New Orleans; the painful longings within the chords of Black protest music; a serenade to someone special who just came to mind.

It might have been his anthem to the Constitution of India or a shabad for the victims of 1984 Sikh riots. More recently, it was perhaps a slogan for the students of JNU, on whose behalf he spoke up.

Prior to the high quality lectures he regularly organized, Soli would personally curate even the soft music in the background, putting the audience in the right frame, as they streamed into the auditorium. For the dinner to follow, he believed in democratic consultations over important matters like the menu, including for reasons unknown, with cordon bleu challenged people like myself.

Fortunately, I could buy two illustrated recipe books and mostly did not need to go beyond the “A” in the index of ingredients, asparagus and avocado being among his favourites. Vijay, the chef good naturedly feigned approval, though later came up with his own improved and varied versions on the table. Those cookbooks will gather dust, feeling neglected now.

In a well-timed public address in 2002, Soli had stated “If there is a systematic and consistent pattern of gross violation of human rights in a country which is officially or demonstrably state sponsored, that becomes a legitimate concern of the international community.” In the same year, he received the Padma Vibhushan for the cause he valued most: his defense of the freedom of expression and the protection of human rights.

Earlier, soon into the Emergency in 1975, a surprise call from Soli broke the silence within the Nayar household. Its most vibrant member Kuldip, then outspoken editor of the Indian Express, had “refused to bend”, while other publications had resorted to crawling. Offering his services as a pro-bono lawyer to Mrs. Nayar, living up his word, he brought home his natural and lifelong ally in raising voices for freedom of the press.

His big band of buddies join the national and international legal fraternity in silent collective recitation of another Soli favourite:

“On the shore of the wide world
I stand alone; and think
Till Love and Fame to nothingness
Do sink.”
-John Keats 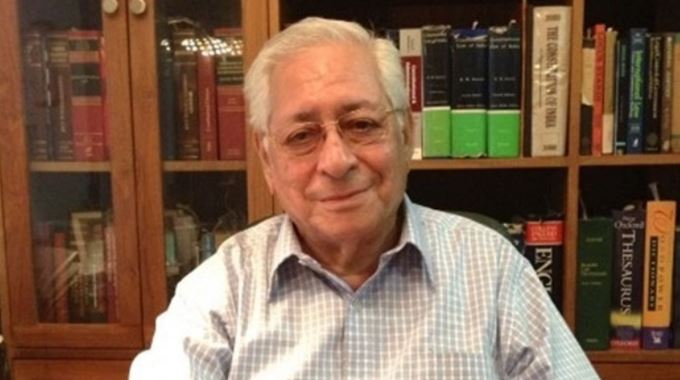