Central University in Arunachal Orders Gag on Students and Teachers

ITANAGAR: The Rajiv Gandhi University in Arunachal Pradesh finds itself in the midst of a tussle with a set of students over the lockdown measures it recently imposed. The administration has now issued a gag order against students and staff directing them to refrain from making negative comments about the varsity on social media.

The state’s only central university has been embroiled in controversy ever since the decision was taken to close down all campus hostels in the wake of the second wave of Covid-19. The decision was met with opposition from the RGU Research Scholars’ Forum, which requested the university administration to reconsider its decision. On April 28 members of the RGURSF also staged a rally demanding a rollback of the decision.

The university issued a statement yesterday saying it “did not initially prevent them from staging protest although the Disaster Management Act, 2005 is in operation but when the protestors started entering the office premises in front of the Vice Chancellor’s Secretariat staging demonstration and engaged in slogan-shouting by using loud speaker and obstructing the normal functioning of the office and pressurizing to enter the office chamber of the vice chancellor, the university authority was left with no other option but to call the district administration and police forces for maintaining law and order in the university campus”.

It also accused a PhD researcher, Prem Taba, of instigating other researchers and verbally abusing two members of staff. It sought a written explanation from Taba, asking why he should not be rusticated and his PhD scholarship stopped.

Taba has responded denying the charges, saying he “only placed genuine grievances faced due to the sudden notice of hostel closure”.

The university has also issued a statement saying it “always welcomes constructive criticism and dissent from all stakeholders including the students, but given the present circumstances when the pandemic is turning worse the university cannot afford to allow laxity in the name of dissent”.

It added that the notice issued to Taba is in the exercise of normal process of addressing an issue or a complaint.

The central university alleged that it has received written complaints from various forums/associations against Taba for his “unacceptable behavior in public and on social media platforms”.

On the same day that it issued a statement to the media saying that it “welcomes constructive criticism and dissent”, the university asked its students and staff to avoid possible slander.

An official notice issued by the university reads:

“Over a period of time, it has been observed that some employees (teaching and non-teaching) together with few students are tweeting distasteful messages about the university authority and its functionaries in the tweeter handle tagging the Hon'ble Prime Minister, the Hon'ble Chief Minister and some other people. The misinformation campaigns, unsubstantiated accusation and allegations in social media are uncalled for the university and the society as a whole.

“This is a vicious attempt at tarnishing the image of the university through social media platform that amounts to breach of established rules (which govern them) and a gross indiscipline in an academic institution.

“Such act of misdemeanour by certain unscrupulous people against their own institution has been viewed very seriously by the university authority.

“Hence, those who indulge in such nefarious design to defame the university in social media platform should refrain from doing so with immediate effect or else strict action shall be initiated as per the law of the land.” 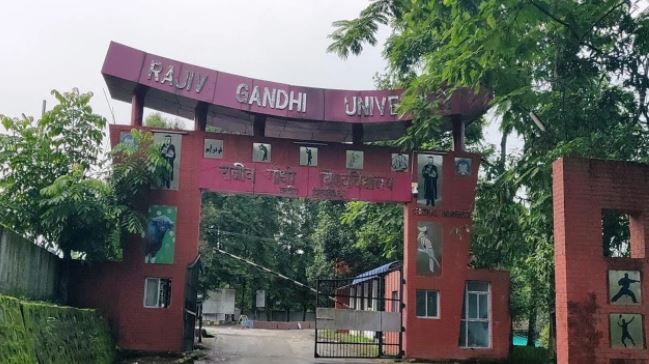