‘We Have No Safety Net. Another Lockdown Would Be Fatal for Many’

A hand to mouth situation

Someone calls out loud to Arif as biryani is being distributed nearby. He asks his cousin to keep some for him. “This is how we survive here. We keep tabs on places where food is distributed, we go to different places for different meals, but at least two three times a month we cannot manage food, so we eat Parle biscuits and sleep, hoping for food the next day.”

Arif is a fruit seller in Mumbai, and one of those for whom the pandemic and curfew have been devastating in many regards.

Covid has opened a Pandora’s box of medical emergencies: it has also unleashed an economic and humanitarian crisis. With an under-resourced health system stretched past breaking point, many states have declared curfews or lockdowns. As a result for many people who live by their daily wage the second wave too has caused extreme distress.

“Last time, we thought we’ll manage somehow, we were hopeful that after a year of such anguish things would get better, but it’s the same for us this year too,” says Arif.

Many workers survived last year’s lockdown with their savings. This year they’re praying it doesn’t happen again. There is a sense of fear this time.

According to Aftab, a housepainter in Haldwani, Uttarakhand, “During the lockdown I was home as I couldn’t get any new jobs. We had savings of around 40,000 which got us through the last lockdown, but I have exhausted that money.” With a family of seven, the loss of income is a constant fear.

One of his relatives, Shakeel, also a housepainter by profession, had the same experience in Delhi, where the surge in cases and frequent lockdowns have left him disemployed. “We are relying on our savings to survive. Other than that the ration provided by the government has helped us,” says Shakeel, sole earner in a family of six.

“The brunt of the lockdown is faced by the poor,” says Aftab. “It is a hand-to-mouth situation for many of us. Another lockdown would be fatal for many.”

While some workers have the comfort of living with their families, many migrate to the cities where they face a more unrelenting fortune. Despite the ‘second exodus of migrant workers’, many do not have the option of heading to their villages or hometowns for that would cripple their livelihoods.

“If I am here in Mumbai, at least my kids are hopeful that their father is earning and will send something home,” says Arif. With his family back in Uttar Pradesh, the pressure of earning and saving leaves him no choice but to look unceasingly for opportunities to earn.

“If we sit back home, who will provide for us? We have no one to look after us.”

Food security is a crucial issue, but their families’ problems do not limit themselves to food. Other expenses are inevitable, with little or no earnings in sight. “I wedded away my daughter this year. If another lockdown is imposed now I don’t know what we’ll do. We have no safety net,” Aftab explains with a hint of concern.

Their own health and their families’ is also deeply impacted. As they do not have a steady income, keeping up with the medical bills becomes a vital task. Aftab suffered a heart attack last year but is forced to work despite the doctor advising him not to.

“The doctor has asked me not to go up and down the stairs frequently, but my work demands it. The doctor here also recommended going to Delhi for treatment. As the surgery prescribed would cost one lakh or so, all I can do right now is take the medicine. I also have to arrange medicine for my father who has liver ailments,” he shares.

Arif explains how for people who stayed on in the city, rising rents are an added burden. “With many leaving, a room that was occupied by 12 now only has five, and the rent is increased from 800 per person to 1000.”

Not many of these men or their families have got the vaccine. “No one from my family is vaccinated yet. We have no facilities to get them,” says Aftab.

Fear and misinformation around the vaccine is preventing many of them getting inoculated. Another major concern is the price they will have to pay to get the vaccine.

With Id festivities around the corner, the scarce money has left them sad as it is hard to provide their families with new clothes or gifts for the festivities. “I have asked my wife not to buy anything for herself, only to get the children new clothes,” says Arif, a father of three. “Money is low – where we used to buy a 250 rupee garment we now settle for 100 or 150 rupees.”

“My children call me sometimes asking for a new lehenga when they see others with new items, but they know their parents’ struggle, they don’t press on it too much.”

With a heavy heart he adds, “My five-year-old daughter has grown up so much. She used to ask for toys and candies before the lockdown, now she calls and tells me she doesn’t need anything. She asks me to be well instead.” 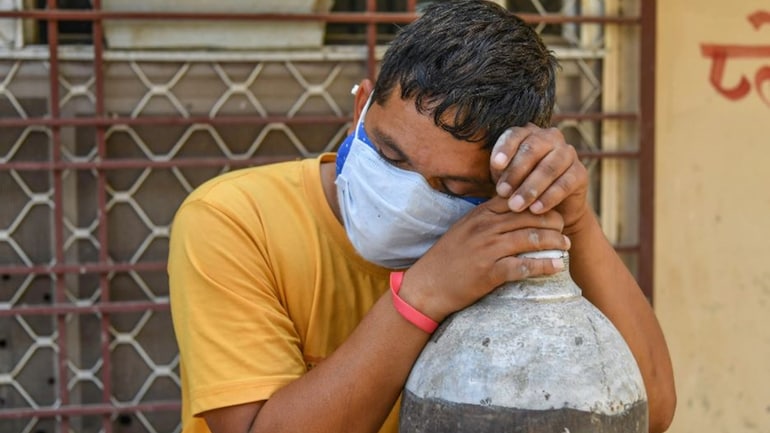