CHENNAI: In July of 2016, 33 boys ran away from the Government Observation Home for Boys and Girls in Kilpauk here.

While in the early investigation stages some sort of trafficking racket was assumed, it simply turned out that the boys tried to escape because of the poor conditions in the home.

More recently, despite a call by the Department of Social Defence, no NGOs volunteered to help rehabilitate children in conflict with the law in the city.

The reasons for both these incidents are more or less the same. “We have a strong law, but we never cared to train our staff on how to implement it,” says child rights activist Andrew Sesuraj.

Those 33 boys, and children in conflict with the law in India, are governed under the banner of the Juvenile Justice Act of 2015, which is aimed more at retribution than reformation.

According to Sesuraj, while the JJ Act was made more severe after the 2012 Nirbhaya gangrape case, where one of the four accused was a minor, it has been failing on the ground.

Most people working in observation or special homes are not equipped to deal with children and don’t even know how to, he says.

But what forces children to commit crimes?

Vidya Shankar, Founder of Relief Foundation, who has been working for child rights for over 20 years, says it’s the factory model of education, which attacks children’s individual capabilities and tries to put them in a box, forcing them to look for newer ways to express their concerns.

Sesuraj agrees.“We have to provide creative spaces for them to turn to something positive. They’ve already shown us what they’re capable of in terms of channeling their creativity, though in the wrong direction.”

There’s also a lack of social security for such children, Shankar adds. Most belong to suburbs like Semmechery, Thoraipakkam, Kannagi Nagar to which they migrated from their villages looking for a job.

It’s poverty that leads children to commit crimes for the social protection of their families, says Sugata Roy, the UNICEF communications officer in Chennai, seconding Shankar.

Arafat, a child rights activist, adds that the media also play a major role in influencing young children to pursue crimes, in terms of glorifying the lives of gangsters and crime lords.

Besides this, there may also be an absence of the parents’ active role in monitoring their children’s lives.

These are not the only reasons. R. Hariharan, senior inspector at the Kannagi Nagar Police Station, explains that gangsters also pick up kids and force them to commit crimes on their behalf, as no chargesheet is filed for minors. At other times, children try to copy criminals in their areas and gang up amongst themselves, leading to an increase in the number of crimes.

As a result, “these children are forced into crime at a very impressionable age,” says Sesuraj. 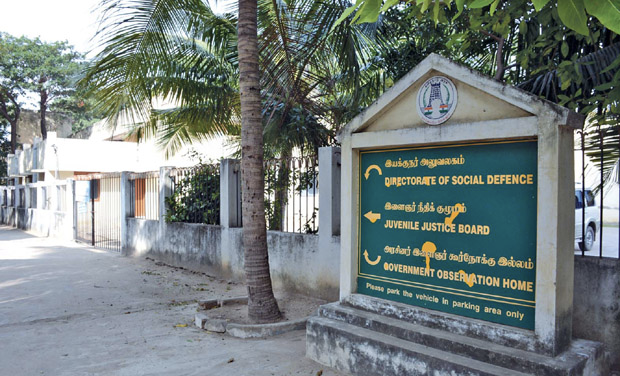 After living in special homes for three years, a significant number of these kids go back to crime once they’re out. “It's mental deprivation. We don’t challenge them or give them anything to do while they’re in the home,” says Shankar.

Is there a way out?

Shankar thinks we could learn from policies in other countries. “They have a good robust programme in Singapore, of defusing the delinquency, getting volunteers to come and give them yoga and sports lessons, and then keep them as assistants and help them develop a small vocational profession.”

According to C Jim Jesudoss, executive director of Sakthi Vidyal and former chairman of the Child Welfare Committee or CWC, “The spirit of the juvenile justice act says that a child can be placed in an institution only if all other means, like therapy or the special home, haven’t worked.”

Before being sent to a special home, each child is assigned a therapist to talk with. Thozhamai Karunya, an advocate and CWC member, is one such counsellor.

“When the police send some child to us, we talk to them and send them to a home. Meanwhile, we track them for 10 days, try to establish contact with their parents, and ascertain that they are their biological parents.” If the child was put in an observation home, they restore them to their parents afterwards, and counsel them about “the importance of family”.

Sesuraj, however, thinks this is not the right approach since it hasn’t had any successful results. He says the law mentions an Individual Care Plan or ICP which provides for one counsellor for each child. The counsellor is to focus on not just their “reformation” but their growth. Implementing “the ICP will make sure the child is getting ready to be released, and that they will be able to naturally reintegrate into society.”

According to the National Crime Records Bureau, Tamil Nadu with 5.6% of the country’s people accounts for 8.3% of all juvenile crimes in India. Additionally, 13.3% of crimes recorded in Tamil Nadu are by juveniles, who constitute some 30% of people in the state.

Of nearly 2,700 juvenile crimes in the state in 2019, a quarter were recorded in Chennai. The conviction rate remains low: only 52 of 1169 kids apprehended in Chennai were sent to special homes.

Just two of the apprehended children had been to higher secondary school.

All is not well inside these homes. Observation and special homes in Chennai are grossly understaffed. A September 2018 social audit of the country’s child care institutions found that adequately provisioning these homes would require over 3,000 additional staff in Tamil Nadu alone.

That year it was also reported that at least half the district child protection officers and legal/probation officers in Tamil Nadu “work on a contract basis”.

Unless these essential workers are made permanent, it will be hard for them to fulfil the purpose of their jobs: cultivating long term relationships with the children in care facilities and ensuring their welfare. There have also been requests by the Department of Social Defence to increase the number of probation officers in service. No government has heeded these urgent demands.

The longest duration for which a child can be put in an observation home is four months, when the trial is underway. If the child is acquitted they can go back home. If convicted they are put in a special home, the longest term for which is three years.

Since nothing is put on paper, and whatever records are made are deleted after the child leaves the facility, no attention is given to helping these kids reintegrate with society.

According to Vidya Shankar, “There is no proper education system in observation homes because the child is only there for a short term. In the special homes, there is just basic literacy imparted to children.” So by the time these children get out of the homes, they’ve already lost touch with their education and are forced to take up jobs.

They do receive some help from government agencies in finding a career path. Hariharan says that since the police arrested them, they know them well, and the children approach them while seeking jobs.“We try to get them jobs as painters or mechanics, depending on what they’re good at.”

Andrew Sesuraj says there used to be a skill development programme at the home in Kilpauk, and a bakery too that was run by the children. Their training inside the home prepared them for a job when they got out.

Shankar thinks it would be better to improve the educational facilities in these homes. She recalls how she managed to get the Kilpauk home to become a centre for grade 10 board exams a few years ago. “Fifteen children passed the exam that year. That was a big milestone for my tenure.”

Most children who leave the home, however, have to make do with underpaid, informalised jobs.

The state government also offers an ‘After Care’ programme to which the children can apply after leaving the home. It’s supposed to help them with vocational skill development and rehabilitation.

It is only in the case of heinous crimes that the child is kept in the after-care facility till they turn 21 years old. A legal probation officer and the district child protection officer are responsible for ensuring their natural reintegration into society.

However, child rights consultant and CWC member Girija Kumar Babu thinks the rehabilitation process does not do enough.“Once the child leaves the home, there is minimal to no follow-up with them, unless they reach out for help. Many of them just return to crime only.”

Arafat feels that the first thing child rights NGOs should do is collaborate with the Ministry of Education to ensure that children stay in school. As NCRB data suggests, leaving school early correlates with coming into conflict with the law.

There are a few NGOs in Chennai that work to protect young children, such as Don Bosco, Savio and a peer group in Kannagi Nagar. But Jim Jesudoss doesn’t think it’s fair to expect exceptional results from NGOs. “They have to go through several bottlenecks of government approvals that hinders their work,” he explains.

Sesuraj agrees. “If you want NGOs to come forward and help, allow them to make mistakes so they can learn from their experience. Focus on making a conducive environment for everyone.”

He adds that governments should prepare proper guidelines about the responsibilities they will be putting on NGOs, so there’s no miscommunication.

The state government should identify 30-40 NGOs and assign each the care and responsibility of one child, he suggests. They could do background checks as well as follow-ups after the child leaves the home, and provide them therapy and counselling and whatever other help they might need.

“The government needs to create a link between the NGOs, the probation officer and the child, which is in the best interest of the latter,” says Sesuraj.

Intergovernmental organisations like UNICEF also work to prevent children from coming up against the law. According to Sugata Roy, “We help in creating an enabling environment by collaborating with the government on policy making. Currently, our main focus is keeping children in school with the Right to Education Act, and making people aware of the POCSO (Protection of Children from Sexual Offences) Act, the Juvenile Justice Act, and the reform and rehabilitation policies of the government.”

She thinks that NGOs should also focus on working with parents, and educate them about the JJ Act, which may help bring down the number of cases drastically.

According to Inspector Hariharan, in the last few years the people of Kannagi Nagar have indeed become aware of these acts. “Parents themselves come to the police station and report to us if their kids get into criminal activities. They come to seek help, but they’re supportive of punishments also, if that’s what's needed for their child’s welfare. They’re even ready to apologise on their child’s behalf.”

However, the most influential way in which social organisations can help, according to Arafat, is by educating the children about what they’ve done, letting them internalise their act, and giving them opportunities to reform. 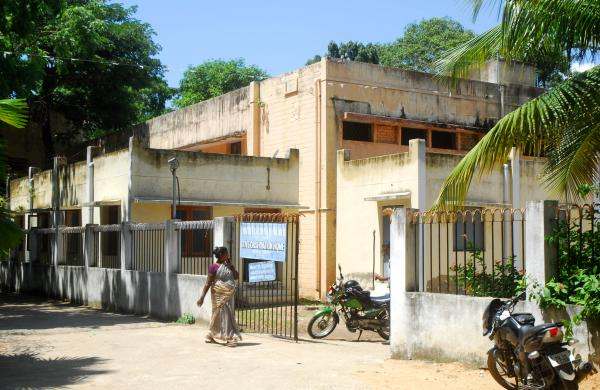