Farmers Call on PM to Resume Dialogue Before May 26

The Samyukta Kisan Morcha has written to Prime Minister Narendra Modi to resume the dialogue on the withdrawal of the controversial farm laws before May 26. 470 farmers have died during these months, and the farmers have made it clear that they will be intensifying the third phase of their struggle unless the centre agrees to resume the talks.

The farmers have consciously chosen to observe May 26 as ‘Black Flag Day’ even as they will also celebrate Buddha Purnima on the day at the various protest sites.

The day marks seven years of the Narendra Modi led government and also completion of six months of the farmers’ agitation at the gates of the national capital.

Amid all this there is a special drive on in the villages of Punjab to ensure maximum participation of women at the protest sites before the sowing of paddy begins in the fields.

In its letter to the PM, the Samyukt Kisan Morcha has reiterated its resolve and faith in peaceful mass struggles and democratic solutions through dialogue.

“During the first two months of the struggle, the government held 11 rounds of discussions with us in which we extended full co-operation in good faith despite repression and defamation unleashed by your government against the movement. Yet the government failed to address the bare minimum demands of the protesting farmers. Any democratic government would have repealed the three laws that have been rejected by the farmers in whose names these were enacted and seized this opportunity to provide legal guarantee of minimum support price (MSP) to all farmers,” the letter said.

The SKM has pointed that even in the face of the Covid 19 pandemic, the ‘annadatas’ have been forced to remain on the streets for six months. “Deeply conscious of the risks of the pandemic, we have no desire to expose the protesting farmers or anyone else to avoidable health hazards; at the same time the farmers cannot give up on this struggle that is a matter of life or death for them and for their future generations,” the SKM has stated.

“The onus for initiating the dialogue lies with the Prime Minister as dialogue is the most potent means to resolve issues in a democracy,” pointed Manik Goyal who is engaged in co-ordination with various farmer groups.

“Buddha Purnima will be celebrated like all the religious occasions of different faiths that has become a norm of the movement. Besides making the movement inclusive, this also debunks the false narrative spread against the movement that it is a movement of just Punjabis and primarily Sikhs. The protest sites have witnessed celebrations of Eid, Ram Navami and various Gurupurabs,” he added.

Kisan Sabha leader Ashok Dhawale has stated that progressive women, youth and student groups will also support the farmer organizations in observing May 26 as a ‘Black Day’.

“Black flags will be put up over houses and vehicles and effigies of Prime Minister Modi will be burnt in villages and bastis,” he said.

He further said, the government is actually using the pandemic period to push through legislations that are tailored only for the benefit of the Corporates, be it the three farm laws or the four labour codes or privatization of everything in the government or public sector.

Meanwhile, recognizing the impetus that women participation has given to the farmers’ movement, there is a drive being carried out in the villages of Punjab to ensure their maximum participation in the beginning of the proposed third phase of agitation.

“It is part of our strategy to see that women make their presence felt at the protest sites before they return to the villages for the sowing of paddy,” Jagmohan Singh of the Bharatiya Kisan Union (Dakaunda) said.

It needs to be pointed that the women in the rural areas on Punjab and Haryana have played a very important role in making the farmers’ movement a success. While the man have been camping at the gates of the national capital, the women have been taking care of the fields as well as theirhomes while also making trips to the join their men at the protest sites. Besides addressing the field and household jobs, they have also kept the protests at their native places alive by ensuring large participation on a day to day basis.

Their presence can be seen at the protests outside various toll plazas, outside the shopping malls and business establishments of corporate entities that the farmers believe are going to benefit from the controversial farm laws, at railway stations and other places. Protests are continuing at more than 150 places in Punjab alone.

A statement by BKU (Dakaunda) pointed that since farmers were in for a long haul, “the women have formed units in the villages and vowed to take on a big responsibility since they understand that the biggest impact of these laws on agriculture and the subsequent situation, especially inflation, unemployment and government repression, was and would be felt by women.”

“This onslaught of agricultural laws is going to deepen and sharpen our agricultural crisis making agriculture a further loss making business for us. The worst hit are the poor farmers and farm labourers and the women of these classes are the worst sufferers.

Already sitting at the lowest rungs of the social ladder, these women are the ones who suffer the most hardships of this crisis. It is a powerful aspect of our struggle that the corporate onslaught of agricultural laws has been recognized by women farmers.

It has been taken as a warrant for the destruction of agriculture. They have jumped into struggles on an equal footing with men. The peasants have become the most vital and enduring force of the struggle,” the statement added. 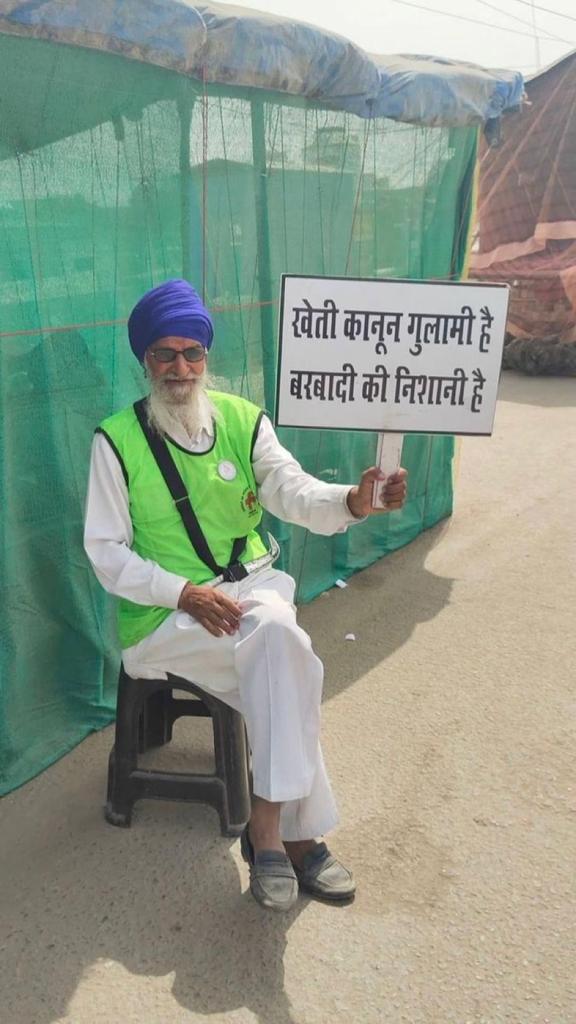