It was a culmination and a catharsis of all the emotions that had welled up in the hearts and the minds of the people of India during the last seven years of this oppressive regime. May 26, 2021 will always be marked in history for the massive participation of millions of people across the country in the Black Flag Day to denounce the cruel and heartless attitude of the central government towards the ongoing historic struggle of farmers under the banner of the Samyukta Kisan Morcha (SKM), at the Delhi borders and throughout the country.

May 26 marked the completion of six months of this unprecedented farmers' struggle, six months after the glorious all India strike by the working class, and seven years of the Modi-led BJP-RSS government, by far the most disastrous that India has had since its independence.

On May 21, the SKM sent a strong letter to the Prime Minister demanding that the government resume talks with farmers, failing which the struggle would be further intensified.

The call for observing Black Flag Day and burning effigies of the Modi Government was observed in tens of thousands of places and in millions of households from Kashmir to Kanyakumari, Gujarat to Guwahati, and beyond. 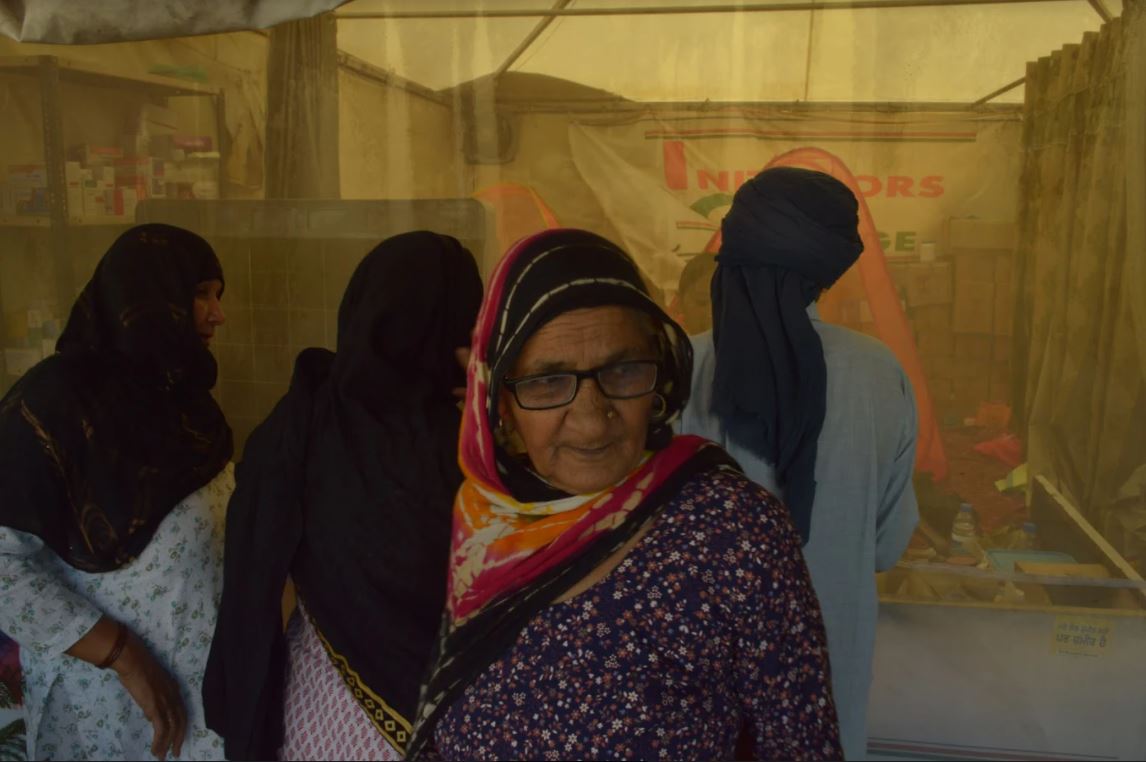 Literally thousands of photographs and videos of this action in villages and bastis from every state in the country started flooding the social media sites of the SKM, AIKSCC, AIKS and other farmers’ and workers’ organizations. The rage of the people was particularly reflected in the videos of the effigy burning. Millions of houses, shops, vehicles, tractors and trolleys hoisted black flags of protest. Multiple hashtags in support of the movement trended throughout the day on social media platforms.

That such a massive countrywide action took place despite the deadly second wave of the Covid pandemic was by itself highly significant. In view of the pandemic, the organizers had themselves warned against big centralized mobilizations, with a call to restrict them only to villages and bastis. People everywhere also took great care to maintain all the Covid protocols.

The Black Flag Day call was given by the SKM and was supported by the Central Trade Unions, 12 major opposition political parties, and numerous class and mass organizations. The tremendous response represented the legitimate anger of the people against the Modi regime.

The Black Flag Day was observed at all the Delhi borders at Singhu, Tikri, Ghazipur, Shahjahanpur and Palwal by hoisting black flags on trolleys and tents, and effigies of the Modi government were burnt.

The protest sites saw the numbers swell significantly, with thousands more joining the protest. The sheer determination and tenacity of lakhs of farmers at the borders must be universally hailed. This prolonged massive struggle may well be a world record.

The farmers have kept up the struggle for six long months, despite bitter cold, drenching rain and scorching heat, and have also braved severe repression and nasty defamation. There have been over 470 farmer martyrs in the last six months.But the Prime Minister, like Nero, keeps fiddling.

May 26 this year also happened to be Buddha Poornima. Truth, peace and non-violence were emphasised as the key values and principles of the ongoing farmers’ movement. Buddha Poornima was also suitably celebrated at the Delhi borders and throughout the country.

The May 26 nationwide protest was centered on two main issues. 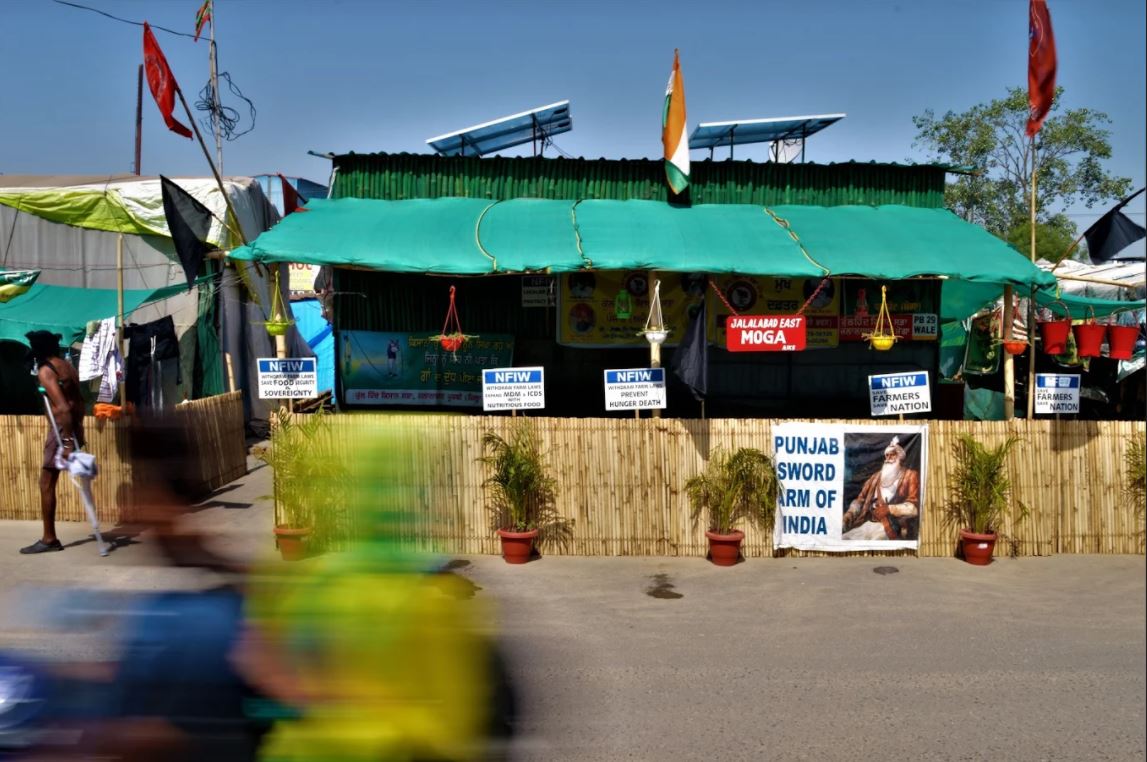 The first was the sheer criminal culpability of the regime while dealing with the Covid pandemic. As per the official figures of May 25, the total number of Covid cases in India has crossed 2.72 crore, and the number of Covid-related deaths has crossed 3.11 lakh. But the actual count is estimated by experts to be five to ten times higher.

Tens of thousands have died in the Covid second wave, many of whom could have been saved. Thousands lost their lives due to lack of oxygen, ventilators, medicines and hospital beds. Crematoriums and cemeteries have been overflowing.

Thousands of bodies were seen floating in the Ganga river. This prompted Gujarati poetess Parul Khakhar to pour her heart out in her iconic poem ‘Shav Vahini Ganga’, which has become viral in all national languages.

The public health system has almost collapsed due to lack of priority and funds, especially in the rural areas. Private hospitals and black marketeers are literally fleecing the patients. Instead of providing oxygen, vaccines and medical facilities on a war footing, the Modi regime is pursuing its obscenely profligate Central Vista project. No one knows what has happened to the opaque and unaccounted PM Cares private fund. The vaccine policy of this government is shamelessly anti-people and pro-corporate. Free, universal and quick vaccination to all has been denied. 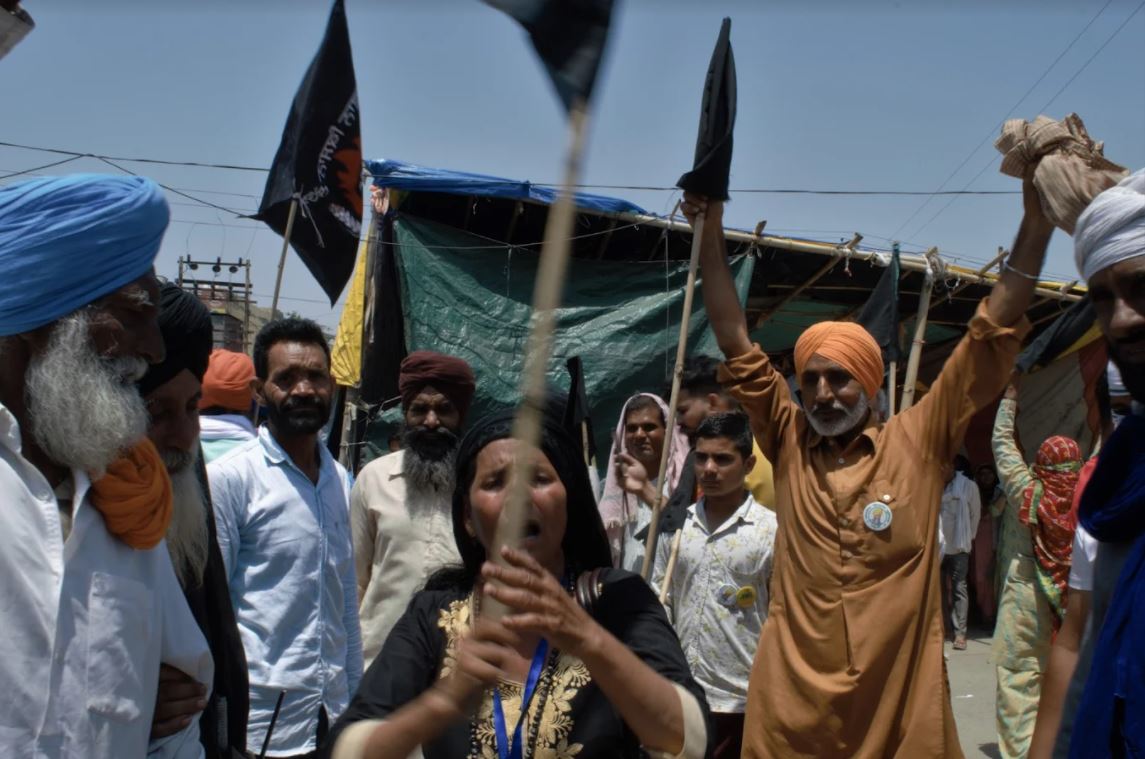 Despite the statewide lockdowns and consequent huge job losses, free rations have been declared by the Modi regime for only two months, and these have also not reached the people in several places. It has refused to give direct cash transfers to the needy.

The nation’s economy is in the doldrums. All these issues, along with the Covid-related demands that were pinpointed in the letter to the PM by 12 opposition parties, were highlighted in the May 26 protests.

The second set of vital issues dealt with the Modi government’s attack on the working people and on the wealth of our country, in order to shamelessly pander to the domestic and foreign corporate lobby whose profits and wealth have grown exponentially during the pandemic, even while millions have sunk into destitution.

Repeal of the three anti-people Farm Laws and the four anti-worker Labour Codes, withdrawal of the Electricity Amendment Bill, central legislation to guarantee procurement of crops at an MSP of C2 + 50 per cent, as recommended by the National Commission on Farmers headed by Dr M S Swaminathan, halt to the reckless privatization drive to sell off the public sector and the country, opposition to the constantly cascading prices of diesel, petrol and gas, and expansion and wage increase in MNREGA – these were the main demands of the May 26 protests. 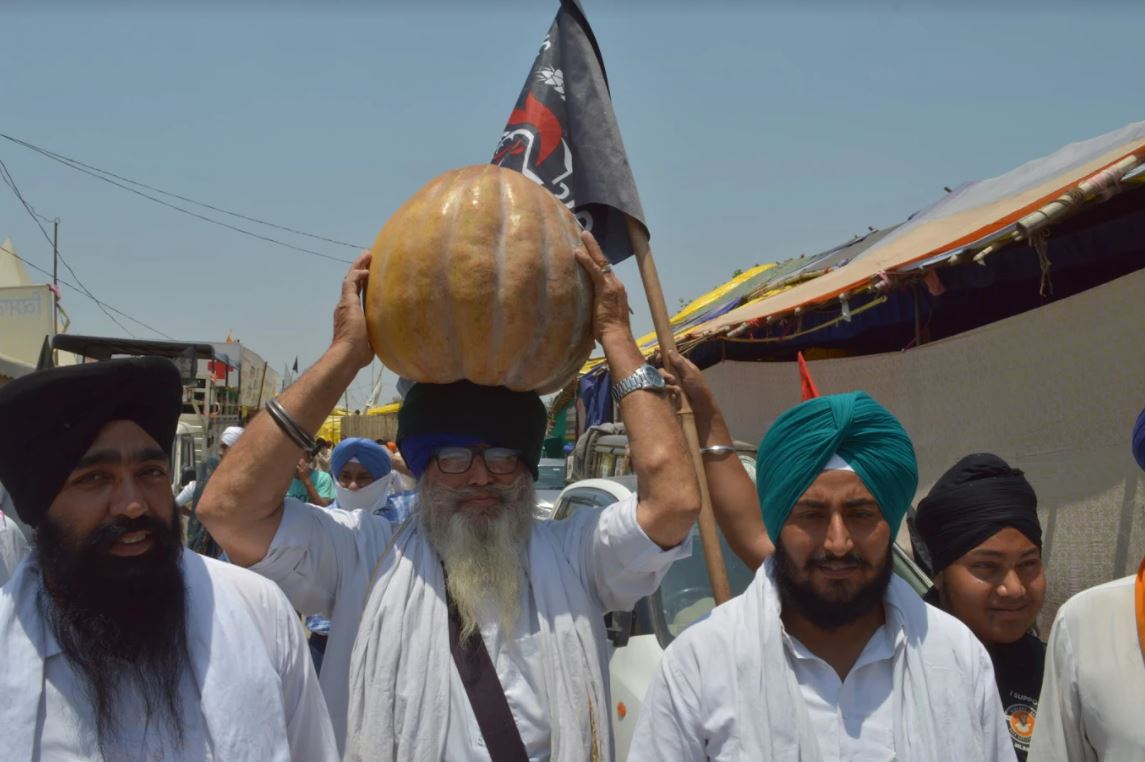 In a fundamental sense, the May 26 protests were in defence of sovereignty, democracy, secularism, federalism, and social and economic justice – in a word, India’s Constitution itself.

The SKM, after warmly congratulating the people for the great success of this struggle, concluded its press release on May 26 as follows: “Even though the farmers' agitation has had to continue for six long months so far with many hardships, including the martyrdom of more than 470 farmers, with the protestors prepared to continue for however longer it takes, the determination and resolve of the farmers remains strong and firm. Government of India can choose to remain unwise in stretching this longer without resolving the demands of the farmers, but this would be at its own loss, and at the expense of BJP's supporter base.”

On May 24, the farmers of Haryana won a significant victory against the government. On that day Hisar saw a massive show of strength by over 10,000 farmers led by the SKM at Krantiman Park. The government had mobilised over 3,000 police and Rapid Action Force personnel to suppress the protest. But thousands of farmers came in defiance nevertheless. The police could do nothing against such a huge mobilisation.

The farmers denounced the brutal police repression, lathi charge and tear gassing by the BJP-JJP state government and its police in Hisar on May 16, which led to hundreds of farmers being seriously injured. To add insult to injury, the administration went back on its word and slapped serious criminal police cases under Section 307 (attempt to murder) and other IPC sections against over 350 farmers. The farmers’ only ‘crime’ was that they were demonstrating peacefully at a programme in Hisar that was attended by CM Khattar.

On May 24, the farmers had decided to gherao the Divisional Commissioner's office. But before the gherao began, the SKM delegation was invited for talks. After a marathon bilateral discussion between the administration led by the Divisional Commissioner of Hisar and SKM leaders, it was agreed that all police cases registered regarding the May 16 events and those prior to it will be withdrawn, compensation will be given to the vehicles of farmers that were damaged by the police, and a kin of the farmer Ramachandra who died in the May 24 demonstration due to heart attack will be given a job. On behalf of the district administration the Commissioner also expressed regrets for the unfortunate happenings on May 16.