PULWAMA: While the Covid lockdown continues in the Jammu & Kashmir union territory, ‘helpers to supervisors’ employed by the Integrated Child Development Services public programe continue to demand their salaries pending for three years.

Sources say these essential workers’ monthly salary is only 2,500 rupees - a pittance the authorities have withheld for three years, leaving ICDS workers in the lurch.

A large number of ICDS staff under the banner of the Jammu and Kashmir Helpers to Supervisors Association have been protesting for the past few months at Srinagar’s press colony and other streets against the delay in releasing their pay pending for work done. However, their demands are not being fulfilled.

On Wednesday afternoon a group of ICDS workers assembled near Dilnag Park in the Tral area of Pulwama, to stage a silent protest in support of their demands.

Firdosa Akhter, one of the Helpers to Supervisors told The Citizen that “we have been waiting for the release of our salaries for three years, but the government has failed to ensure that till date.”

She said these staff members have been working in the department for 20-25 years, and were getting wages on time, but three years ago the government stopped releasing their wages due, causing great suffering.

The mistreated workers said they play an important role in Anganwadis and other departmental projects like pulse polio immunisation programmes that ensure public health and safety.

Another worker, Gulshana Akhter, said that she has been working for 30 years but is facing hardship with each passing day.

She said the withholding of her salary has forced her to work additionally as a labourer to feed her family, particularly the children, besides giving them an education. 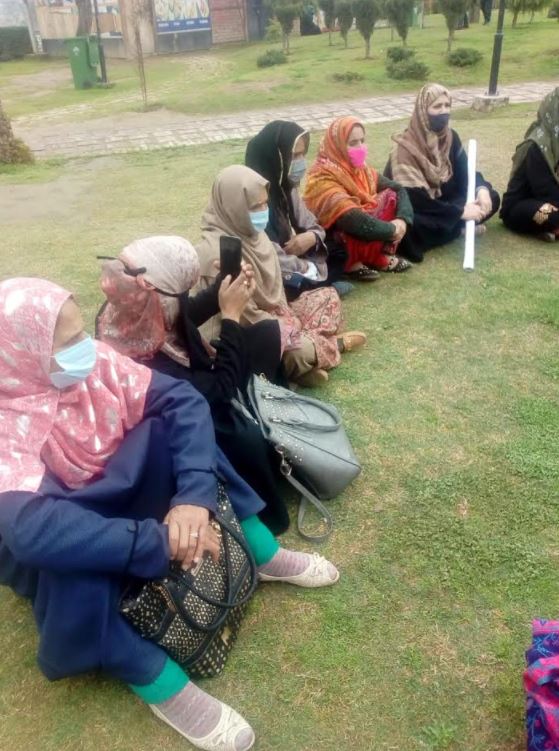 “I would feed my children with the wages, which we used to get on time. For the last three years no payment is being made, due to which we suffer. I started working for 100 rupees in the beginning, and now the government says the post is not sanctioned. Our demands should reach our higher-ups,” Akhter stated.

Association president Mahajabeena told The Citizen that 840 women have been engaged by the ICDS department as helpers to supervisors for decades.

She said many had started working for a mere 200-300 rupees per month at first, in the key role of assisting supervisors on ground duty.

Disconcertingly, Mahajabeena said that while a monthly salary of Rs 2500 was given to these workers each month, “soon after the payment processes were made online, wages for helpers to supervisors were stopped.”

All other workers are getting the payment every month, she stated, “but only we are facing the delay.”

“We are around 840 Helpers to Supervisors, working in different parts of J&K for a long time, and now the government is saying only 60 posts are sanctioned. All the 840 workers were getting their salary on time, but for the last three years the government has failed to release salary to us,” she explained.

The workers say that only assurances are being given to them, but no concrete step is being taken to ensure the release of their due salaries.

They unanimously requested higher authorities in the department and J&K Lt Governor Manoj Sinha to look into the matter and release their pending salaries at the earliest.

Meanwhile, a senior department official who was contacted for the official version said he couldn’t comment on the issue, as his uncle had died. 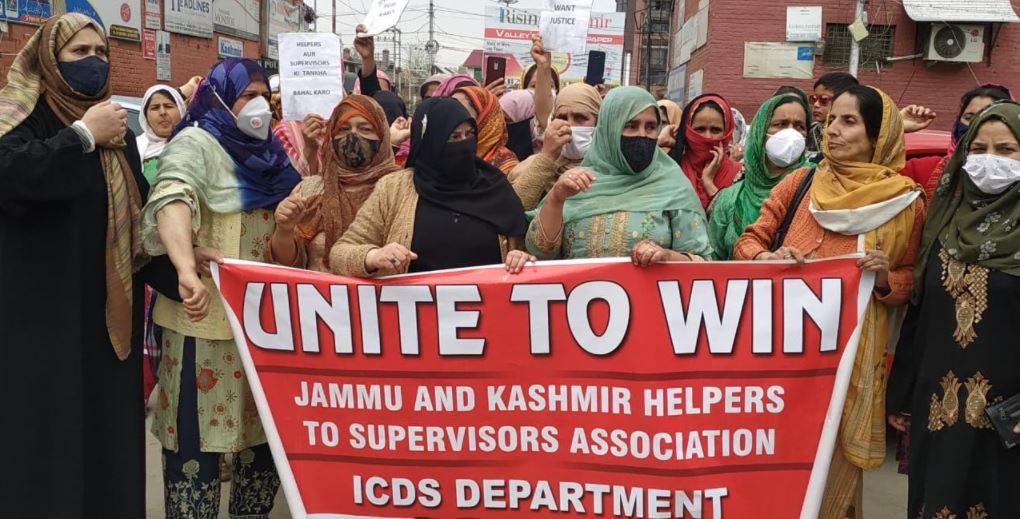