June 5 marks the first anniversary of the New Delhi ordinances that later became the controversial farm laws. The farming community agitating nationwide against these laws it says will destroy farming and food security plans to observe the day as Sampoorna Kranti Diwas, or Total Revolution Day.

The term instantly reminds one of the similar call given on the same day in 1974 by the iconic political leader Jayaprakash Narayan that had kickstarted a tumultuous movement resulting in the ouster three years later of Prime Minister Indira Gandhi.

Hectic preparations are on at the ground level in states like Punjab, Haryana and Uttar Pradesh, where hundreds of vehicles have been leaving for Delhi, where a show of strength is planned at the protest sites at the gates of the national capital.

“We plan to burn copies of the controversial legislations outside the homes and offices of legislators, members of parliament and ministers from the Bharatiya Janata Party along with those from its allies. Thereafter, there will be marches to the offices of the subdivisional magistrates and district magistrates for handing over memorandums to the government,” said Narayan Dutt of the Inquilabi Kendra Punjab.

“At places where there is negligible presence of the BJP leadership, like several small towns in Punjab, copies of the anti-people farm legislations will be consigned to the flames outside the offices of the district magistrates,” he said.

He added that a large number of jathas or companies of farmers are streaming to Delhi to join the protests there.

The umbrella Samyukta Kisan Morcha appealled meanwhile to people everywhere to help make the event a success by extending their support:

“From time to time, the call of SKM has been strongly supported by the citizens. On the Sampoorna Kranti Diwas, farmers, labourers and citizens are requested to take up the call against the Narendra Modi government and make it a mass movement forcing the government to repeal the farm laws.”

The appeal was made on May 29, the death anniversary of former Prime Minister Chaudhary Charan Singh, who was also a towering farmers’ leader. The SKM stated:

“The distrust of farmers in this government reminds the farmers of Chaudhary Charan Singh, who faithfully put every problem and pain of the farmers before the society and the government and ultimately resolved it. Today, the Modi government is proving to be a corporates’ party where it does not listen to the farmers and labourers.”

Having won a moral victory through their struggle that has seen them camp at the borders of the capital for more than six months, braving bone chilling winters and several bouts of cyclonic rains, besides the police oppression coming from governments held by the BJP, the farmers believe they have successfully made this a multi-dimensional movement.

“The biggest achievement of this movement has been that the ruling dispensation is being forced to pay a political cost, as was evident in the results of the recent West Bengal assembly polls where the farmers had campaigned and made the masses aware of the struggle they had undertaken,” said Narayan Dutt.

“Before this it was unthinkable. This movement is not just about the controversial farm laws. Through this movement people have understood the rising prices of petrol and diesel, the damages that the amendments to the labour laws would bring about, what the sale of the public sector units would spell for the country and where the continuing moves of privatization would lead to,” Dutt told The Citizen.

Even beyond these issues, many have observed that the movement has brought issues of patriarchy and federalism to the centre of debates. The prominent participation of women in the protests has been a very positive sign, as the Green Revolution states are known for their patriarchal mindsets and practices.

On the issue of federalism playing out as a strong undercurrent in the movement, Jagjit Kaur of Bhawanigarh near Sangrur, who is better known as Nikki among the progressive youth activists of Punjab, has come out with a very powerful song ‘Punjab vs Delhi Farmers’ Protest’:

Released just a few days ago, the song expresses the anguish of Punjab at the usurping of their resources by the Centre. It talks about the Partition that was enforced on the land, where even its waters were divided. It says that Punjab has always fed the country, only to be cheated by Delhi.

“Federalism has definitely been a powerful sentiment throughout this movement. The cultural artists were presented with an environment where they had to contribute their bit,” singer-songwriter Nikki told The Citizen.

“The other aspect has been the role reversal in terms of gender. Men who would not even pick up a glass of water at home have served at langars throughout. This is bound to result in some small change back home also,” she added.

“When we had arrived at the protest sites at the gates of Delhi, people used to look at us in a way that conveyed that this was not a place for women. But all this has changed over the months.

“Not only have women been equal participants but their participation has been accepted and acknowledged in the rural society across the states. Their presence has definitely made a difference.” 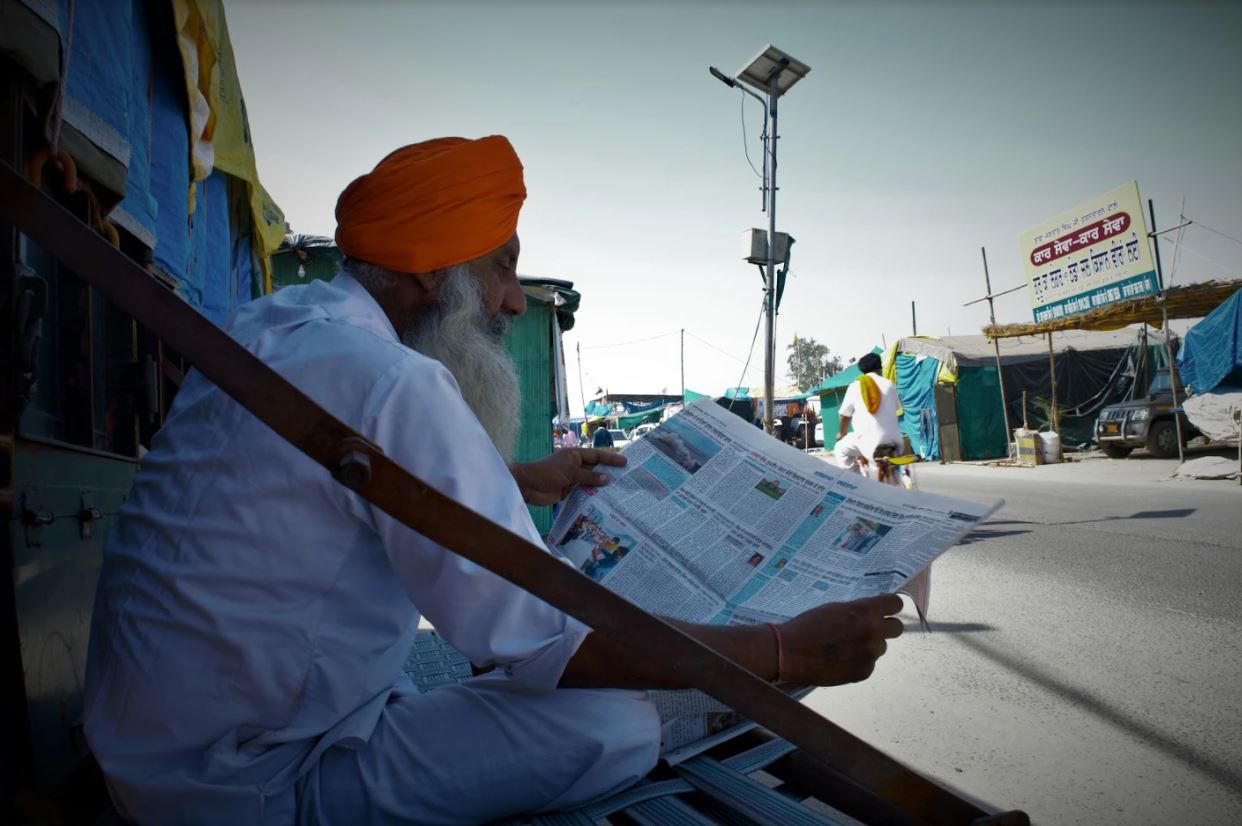