A rigged system that is by, of and for the people in power

The last time I saw India Gate and its surroundings was on a rare sunny afternoon in December 2019. I was catching up with old friends in Khan Market and had planned to visit my favourite bookstore - New Bookland run by Mirza Salim Baig on Janpath.

After hopping into the autorickshaw I requested the driver to take a detour through India Gate before dropping me at my destination. The development plan for Central Vista had already been floated creating much furore against the proposed changes to perhaps the only unifying commons in the city of New Delhi.

I was a bit surprised to find a large section of the architectural fraternity in the group of opposing voices. As a fraternity - though not as individuals - we are not known to take a public stance against issues of injustice that do not directly affect us or what we perceive as architectural heritage.

As the auto zoomed past the lawns and ponds of India Gate I struggled to reconcile what I felt as an architect with the nature of emotions that took over me as a person born and brought up in Delhi. There was a distinct clash between the two identities.

I understood and empathised with the rage that the fraternity expressed at the proposed redevelopment plan, which is nothing but a vanity project and colossal waste of public money, especially now with the country in extreme social, physical and economic distress.

But I felt a sigh of relief as a person privy to displacement and encroachment of the commons by the state in the name of development.

‘Now you know how it feels to have your land, identity and history taken away?’ I almost wanted to ask the many elite architects and urban planners shouting passionately on TV debates, but fell short of doing it.

I didn’t want to trivialise the collective pain and anguish felt by them nor did I want to evoke historical wrongs to right the hideous make over of Central Vista.

I feel now that we have lost the fight to save the Central Vista, so it is important to redirect these questions at the fraternity, not with the intent of questioning their moral underpinnings and failure to engage with the margins, but in the hope that we can learn from this failure and get on to the path of democratising development. 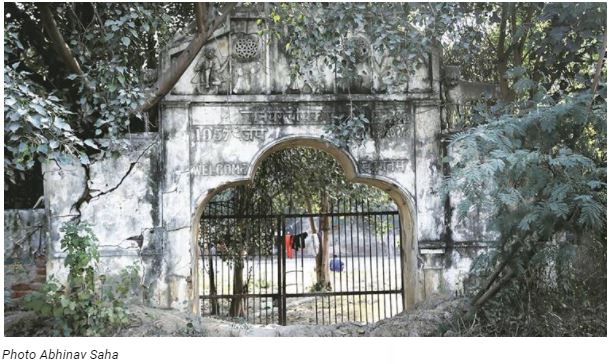 In 2007, a village named Nangal Dewat in the vicinity of the Indira Gandhi International Airport in Delhi was razed to make way for the expansion and redevelopment of the current airport into a swanky world-class facility. I was then in Class tenth and remember the incident causing a stir and fear in my home and the neighbourhood - another village, named Samalka, just two kilometres from Nangal Dewat.

The residents of Nangal Dewat had been fighting to save their village, fields and grazing lands - amounting to about 63 acres of land - since the first acquisition was undertaken by the Airports Authority of India in 1965.

The residents ran from pillar to post but their plights were blinded by the glaring lights of a swanky new Terminal 3 that would put India on par with the development nations.

We were so eager to arrive at the doors of development that we didn’t bother looking back to pick up the people who were not merely left behind, but were pushed and crippled.

In the 2001 census Nangal Dewat had a population of about 13,000 inhabitants. However, the Airports Authority of India which was mandated by the judiciary to relocate the entire village used the 1972 census to allocate plots to displaced families, leaving a number of families without homes or land.

According to a report published by NDTV, the residents who got land were relocated to an area near Vasant Kunj devoid of a proper water supply, drainage or connecting roads. Many families didn’t even get the land and were rendered homeless overnight.

In 2017 - almost ten years after the displacement - 59 Dalit families from Nangal Dewat who didn’t revieve an inch of land protested outside the AAI office in south Delhi for over two months. The National Human Rights Commission intervened, but I could not find any reports of the aggrieved families receiving their promised land.

A six lane road now separates the airport from my old neighbourhood. The spectacle of airplanes landing and taking off from the runway - which once used to be farmland with a waterbody - can now be seen from the terrace of our newly redeveloped home.

My home was once surrounded by water bodies, farmlands and grazing lands which have been constricted within strict boundaries as the development slowly caves in on it.

The impact of the acquisition hasn’t been just ecological but economical. A number of families were dairy farmers with herds of cows and buffaloes and lost their livelihood when concrete was poured over their grazing lands. These farmers who once supplied fresh milk to others now buy it in packets from a Mother Dairy.

The story of Nangal Dewat is the story of every large scale development project in India. From mines displacing Adivasis, to Farmers forced to give up their land to make expressways and flyovers, to Bastis being razed to build luxury apartments - development in our country has always come at the cost of the marginalised.

Over the years the checks and balances like social, environmental and economic assessments required by the authorities and the agencies undertaking development projects have proved utterly inept at safeguarding the interest of the marginalised communities who have neither the resources nor the clout to beat the system.

The dispossession of the residents of Nangal Dewat never quite captured the national imagination, but even battles like that for stopping the Sardar Sarovar Dam, which were fought in the public domain by famous activists like Medha Patkar and Arundhati Roy and supported by even mainstream celebrities like Aamir Khan, could not be won.

This is because of an outdated and rigged system that is by, of, and for the people in power.

Prime Minister Narendra Modi upon whose wishes the Central Vista is being redeveloped by the architect Bimal Patel have been criticised heavily by all the oppositional forces against the project including the architectural fraternity.

Although the criticism is valid and well intended, keeping it focussed on these two individuals is shortsighted and superficial. While the government has flouted multiple norms from the conception of the project to its implementation, which continued through the devastating second wave of the pandemic, it has done nothing out of the ordinary to march through with its vision without paying heed to any criticism.

It has definitely modified and made the playbook more ruthless, but it was always there and its predecessors were using it.

The revamping of Central Vista is indeed a tragedy. It lays bare the fact that if one of the most iconic commons of modern India can be so ruthlessly defaced at the country’s capital while the whole world watches, what chance do people have whose voices are muzzled even before they can speak?

To avenge the tragedy of Central Vista, we must seek to democratise development so it is people-centric and not people-in-power centric. To do that we must actively engage in democratic movements in the country.

No longer do we have the luxury to mouth opinions from our ‘neutral’ perches that absolve us of taking responsibility. 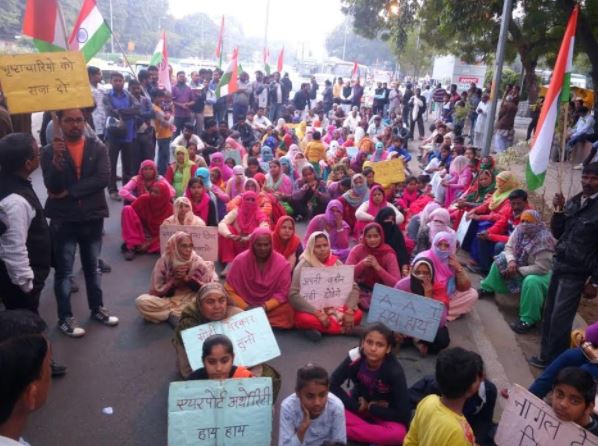 Bhawna Jaimini is a writer, researcher and architect based out of Mumbai