Associated with the tooth of Gautama Buddha and mentioned in the Bible, Cinnamon has always been one of the most sought after spices in the world. Such has been its tempestuous journey that it wreaked havoc in the southeast Asian islands and took many lives.

Egyptians used it for embalming dead bodies and in witchcraft. In medieval Europe it was used in funeral pyres, and to flavour food and make perfume. But its numerous uses were not what made this sweet spice more precious than gold – it was its origin, which remained one of the biggest trade secrets for centuries in the Mediterranean world.

Only the Arab traders knew where cinnamon was found, making them the only suppliers of this precious spice. Since the whole of Europe was after the land of origin of Cinnamon, the Arabs did everything they could to protect their monopoly. So the Europeans would not attempt to seek out the native land of Cinnamon, they came up with wild tales to scare them off.

In the first century, Nero, the infamous Roman emperor, burnt a year’s supply of Cinnamon at the funeral of his second wife in remorse for murdering her. Amidst the shortage of Cinnamon in the Roman empire, the scholar Pliny the Elder pointed out that the tales by Arab traders about Cinnamon had been cooked up, and were aimed at inflating its prices. And not only with Cinnamon but various other spices as well, including cardamom, black pepper, long pepper and turmeric, brought by Arab traders.

By the end of the 15th century the Portuguese had discovered the sea route to India, gaining access to many Indian spices, but the origin of Cinnamon was still a mystery to them. Soon they began raiding Arab ships along the Indian coast, and often found Cinnamon in the cargo. Though they suspected its source was near at hand, the oceans beyond Malabar were uncharted waters as far as the Portuguese were concerned.

In 1505, Portuguese sailors pursuing an Arab merchant’s ship found themselves adrift in rough seas in the Indian Ocean, and sought shelter at an unfamiliar coast. Little did they know the bad weather had brought them serendipitously to the place they had been seeking for centuries. When the Portuguese realised that this little island was home to their precious Cinnamon, they wanted to take over the whole place.

In their attempts to control the Cinnamon trade, the Portuguese intruded in Sri Lanka’s internal affairs and exploited the prevailing political rivalries. Yet they were met with determined resistance while establishing Cinnamon plantations in many parts of the country. They entered the kingdom of Kandy, a holy site for Buddhists where is kept a tooth of Gautama Buddha, and wanting to break the spirit of the residents, stole the tooth in order to take them over. But the tooth turned out to be fake, and the people of Kandy were never subjugated by the Portuguese.

After grabbing a monopoly in the Cinnamon trade, the Portuguese began generating very high profits in exchange for the spice. For a single shipment from Sri Lanka to India, taking some 8 days, they would take a tenfold profit. For another 100 years they protected their monopoly by enslaving the Sinhalese people, sinking Arab dhows, and hanging the agents of their European competitors. This continued until the Dutch, and then the British took control of the island.

When the Cinnamon tree began to be cultivated in other areas, the importance of Sri Lanka’s monopoly started to decline. Consumers began preferring the more common cassia bark over true Cinnamon. Meanwhile the rise in demand for tea, coffee, chocolate and sugar outstripped the popularity of the traditional spices. And this was the end of Cinnamon’s era. 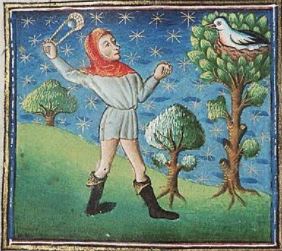 ‘The cinnamalogus is a bird that lives in Arabia. It builds its nest using the fruit of the cinnamon tree, which men value greatly. The men who want to cinnamon cannot climb the tree to reach the nest, because the nest is too high and the tree branches too delicate, so they throw lead balls to knock down the cinnamon. Cinnamon obtained from the nest of this bird is the most valuable of all.’