Chandni Chowk: Beauty Lies in the Hands of the Developer

Travelling on the busy yellow line towards Vishwavidyalaya any day of the week, one is bound to feel the hustle and bustle whenever the doors open at Chandni Chowk station.

As seasoned shoppers prepare to launch into wild expeditions, bargaining the rickshaw fare to such-and-such gali, schoolchildren run across the platform with heavy bags on their backs, parents grip their child’s hand with hushed warnings to not let go, their faces marked with excitement as they enter the popular market-centre.

Originally commissioned as a canal in the city of Shahjahanabad by the Mughal princess Jahanara Begum, Chandni Chowk has always been a boulevard of passage, a symbol of thriving city life, constantly on the move. Today it stands immobilised.

The 1.3 km stretch between the Lahori Gate of Red Fort and Fatehpuri Masjid, which has functioned as the main thoroughfare of this historic cultural space since the 17th century, was recently pedestrianised and ‘beautified’ by the Shahjahanabad Redevelopment Corporation (SRDC) and the Public Works Department (PWD).

The Chandni Chowk redevelopment project kicked off in December 2018 and was in the making for almost 17 years since the first intervention by the Delhi High Court in 2004, followed by the official establishment of the SRDC by then chief minister Sheila Dixit in 2007.

Completed at a cost of more than 90 crores, the redeveloped central verge of Chandni Chowk was to be inaugurated on April 17 this year, before it was postponed over concerns of increasing cases of Covid19.

Freshly tiled with red sandstone and adorned with benches and flowerpots on the side, the redeveloped street is a tourist’s delight, a shopper’s haven, but the bane of the permanent stakeholders of the space - the regular commuters, shopkeepers, rikshawalas, residents of the area, and streetside hawkers whose livelihoods and heritage are connected to the main street.

The project has transformed the historic central street into an incongruent museum preserve, in the name of decongesting the area of traffic, wires and noise. The move has long-run implications for the spatial negotiations between these permanent stakeholders and the alienated tourist - Chandni Chowk’s newly born “beauty” caters to his aesthetic eye.

Rapid urban development and extensive beautification have been a feature of India’s major urban centres since the introduction of neoliberal reforms in the early 1990s. Globalisation produces global cities, as Sassia Sasken (1991) called them, which must be attractive enough to capture foreign capital, preferably in the form of tourists or foreign investment - our governments’ push to “beautify” metropolises can be understood in this light.

The logic of urban beautification that state institutions and policies like the Jawaharlal Nehru National Urban Renewal Mission (JNNURM) and the recent Smart Cities Mission operate under employs Eurocentric notions of chaos, noise and sanitation in a public space, indiscriminately copy-pasted to India’s existing urban spaces regardless of their social or cultural contexts. 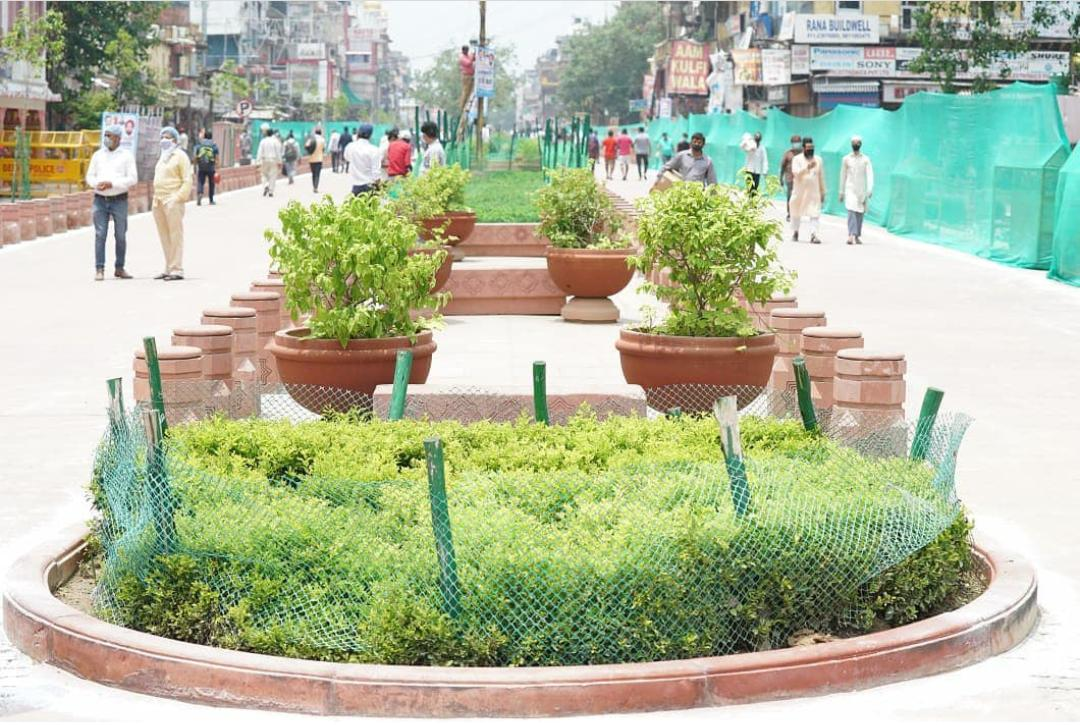 The idea of “beautifying” space assumes that the existing spaces are unappealing to the aesthetic sense of the urban elite and middle classes, from where the majority of tourists are drawn and who are understood to be the primary stakeholders of such spaces.

It is the need and the gaze of these tourists that such beautification projects and efforts to pedestrianise Delhi’s markets primarily cater to.

In laying down new tiles over the central verge of Chandni Chowk, there is the silencing and fossilisation of its dynamism, of its history and its everyday, lived realities that reveal the division between “the market” and “the bazaar”.

Beautification projects across Delhi, from Kamla Nagar to Karol Bagh to Daryaganj markets, have invariably involved a set pattern of redevelopment practices which involves pedestrianising the main market stretch into a traffic-free zone, tiling and adding public utilities like toilets, and adorning the lot with benches, bollards and shrubbery.

These renovations can be read as a part of the larger pedestrianisation project and the citywide decongestion drive that the metropolis have witnessed since 2018, under the aegis of the North Delhi Municipal Corporation and the PWD.

The civic authorities’ one-solution-fits-all approach to the complete pedestrianisation of prominent markets is particularly detrimental for dynamic cultural spaces like Chandni Chowk. Not only does it assume that all sites that undergo or need to undergo redevelopment are similar in their spatial and social make-up, it also demonstrates that such universal methods of redevelopment end up producing lookalike market spaces offering a homogenised experience to the shopper or tourist, the primary consumer of this beautified space.

It is interesting to note here that the recognised stakeholders in the project so far have been the Delhi Metro Rail Corporation, the Archaeological Survey of India, the Delhi Jal Board and the Delhi Traffic Police, among other such remote bodies.

Apart from the local traders union, there is barely any representation of the local residents who stand to suffer inconvenience as the traffic pressure redirects itself to other streets in Chandni Chowk and connecting areas.

It was only much later, as recently as June 2021, that the concerns of local residents, rickshaw pullers and shop owners were heard.

The absence of any regard for historical specificities (except the publicity around using red sandstone for the historical continuity of Mughal-era architecture, although one continues to look for continuity between the fresh tiles and dilapidated facades of older structures) begs the question of motives behind such extravagant expenditure, which does not even guarantee any ease in functionality either, since vehicular movement has now been banned during working hours in the market.

The Aam Aadmi Party government’s claim to “restoring the historic glory” of the area has so far only focussed on redeveloping the main street, while the rest of Chandni Chowk - its streets, its buildings, its drains - are in dire need of attention.

While the project incorporates provisions for more modern and utilitarian additions like fire hydrants, public toilets, malls and multi-level parking, its sole achievement so far has been converting the main street into a polished and silent museum preserve, disconnected from its chaotic surroundings.

The name of Chandni Chowk has evolved over the centuries from a bazaar to a cultural space, a heritage site, and lately, the nightmare of urban planners and public administrators to become synonymous with Delhi’s culture.

Beautification and urban development projects that claim to rebuild history like the controversial Central Vista project also entail the destruction of existing cultural spaces on a large scale that has been brushed under the carpet of “facelift.”

The concern that must be addressed immediately by civil society is that the experience of heritage and culture of Chandni Chowk is set to be changed from the top - more exclusive, more alienated, more artificial, more produced, less spontaneous and less lived.

Living cultural and historic sites like Chandni Chowk should be seen as such, so their ‘redevelopment’ includes the true stakeholders - the living past, present and future. 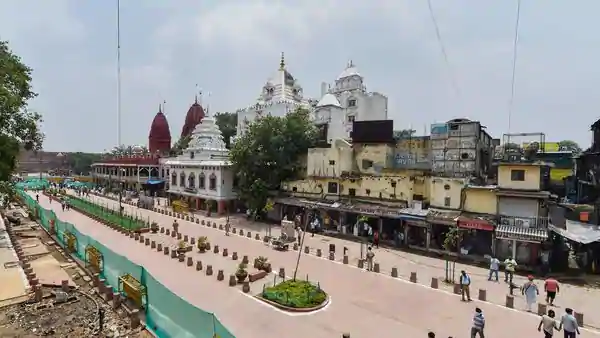