Unfailing Courage and a Deep Commitment to Justice

The death of Father Stan Swamy in extremely tragic circumstances on July 5 will be mourned by all those who believe in the most basic human values. He will be remembered by countless people for his strong commitment to justice and for standing up for his beliefs and values with great courage. He will be remembered as a champion of the rights of Indigenous people, and protection of the environment linked closely to their cultures.

His death, and the endless suffering that followed the arrest of the 83 year old ailing Jesuit priest about nine months back, will be recorded as a tragic event in the history of Indian democracy - a great tragedy that could easily have been prevented.

To understand the enormity of the tragedy and the immense harm caused to the Indian nation, democracy and federalism, we need to look at the condolence messages offered by various heads of government as reported in the media.

Chief Minister of Jharkhand, Hemant Soren, stated that Fr. Stan Swamy had dedicated his life for the rights of Adivasi communities. Pointing out that he had strongly opposed the arrest of Fr. Swamy, Soren regretted the absolute apathy shown by the Union government.

Chief Minister of Kerala P. Vijayan has said it is highly unjustifiable that a man who fought all through his life for the society’s most downtrodden had to die in custody. He added that such a travesty of justice should have no place in our democracy.

Chief Minister of Tamil Nadu M.K. Stalin after describing Fr. Stan Swamy as someone who fought for the downtrodden has said that the tragedy that befell him should not happen to anyone.

The death of Fr. Stan Swamy in these tragic circumstances has been deeply regretted also by the international community.

Eamon Gilmore, the European Union’s Special Representative for Human Rights said that Swamy was a defender of Indigenous people’s rights and the European Union had been expressing concern regarding his condition.

The United Nations Special Rapporteur on Human Rights Mary Lawlor has stated that the news of his death is devastating. Lawlor said that jailing a human rights defender is inexcusable. She stated that he was arrested “on false charges of terrorism”.

This small selection of national and international regret at the tragic death of Fr. Swamy is indicative of the great sadness and wide resentment among people, compounded by the fact that a period of several months was available to correct the initial serious mistake of his arbitrary and unjustified arrest.

He was in jail for nearly 9 months. He suffered from Parkinson’s disease, often found it difficult to hold a glass, had hearing difficulties, had undergone surgeries and suffered from many-age-related ailments. He also caught the Covid infection while in jail. The allegations against him had been refuted by several eminent persons with a very well-established reputation for being firm believers in peace and who had known Fr. Stan Swamy and his work.

Those who had demanded his release and emphasised his innocence included at least two chief ministers, prominent opposition leaders, eminent academics and public persons, associations of Jesuit priests and other priests in India, similar associations at the international level based in other countries, human rights organisations in India and abroad, Christian organisations in India and abroad, the list goes on.

Bharat Dogra is a veteran journalist and author 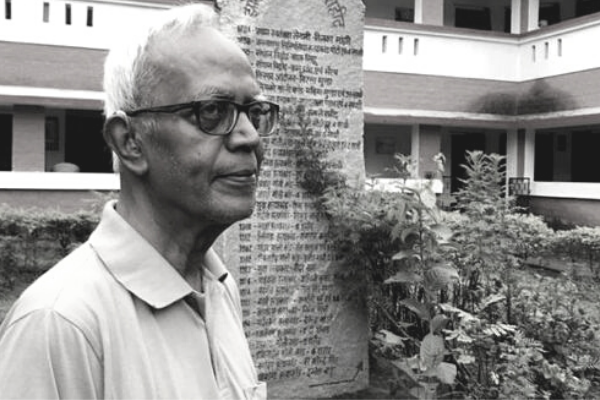