Radical Stand Could be Reason for Surveillance, says Punjabi Editor

Radical Stand Could be Reason for Surveillance, says Punjabi Editor

One of the numbers in the contact list of more than 40 Indian journalists targeted for Pegasus surveillance by the NSO group at the instructions of a supposedly unknown agency is that of an editor and proprietor of a vernacular Punjabi daily newspaper.

The newspaper Rozana Pehredar is known for its coverage of radical issues and has a dedicated readership that subscribes to its editorial line. Rozana Pehredar is a relatively new publication from the commercial hub of Ludhiana in Punjab that hit the stands in 2001 as a weekly. It was only in 2006 that it became a daily and later with the technology giving a new dimension to media it also started a web channel.

The man in question, its editor Jaspal Singh Heran is pretty annoyed as well as surprised to find his name in the list. “It is for the agencies that are to answer why my name is there in the list,” was his first reaction to the news when he was contacted by The Citizen this morning.

In fact, it has already become a kind of a joke in Punjab media circles with vernacular journalists expressing surprise why their name is missing from the list since a majority of them have been openly siding with the farmers in the ongoing movement against the three controversial farm laws.

Heran, is pretty candid in saying what he believes in. “I believe in the spread of Sikhism across the world and Guru Granth Sahib to be the holy book of the universe. I believe in the Sikh religion and want to take it across the entire spectrum of the society.”

But he believes that it is the radical stand on several issues that can be the reason for him being put under surveillance. “We have been very hard hitting on the forces of Hindutva in particular. We have taken the fight against those who want India to be a Hindu Rashtra right to the masses in the villages. We have been opposing the designs of those who have been distorting history to cause turmoil in the society. We have also been attacking those who have been targeting Dalits,” Heran told this reporter.

He said that one of the major issues that his paper ran as a campaign was that of release of Sikh detainees who had completed their prison sentences and were still languishing in jails across the country.

“We had carried out a signature campaign getting no less than 82 lakh people to sign an appeal that was later submitted to the President of India,” he said.

Another campaign that he claims to have carried out through his publication was against the hanging sentence meted out to Devinder Pal Singh Bhullar, a convict in the 1993 Delhi bomb blast case pertaining to an attack on the entourage of the then Youth Congress president MS Bitta.

Bhullar was reportedly given the death sentence in 2001 by a court dealing with Terrorist and Disruptive Activities (Prevention) Act cases. The sentence was later commuted to life imprisonment in 2014. His name was reportedly cleared for special remission by the centre in 2019 as a humanitarian gesture to mark the 550th birth anniversary of Guru Nanak.

“Over the last one year we have marked a dedicated space for the farmers’ agitation daily on the front page of our newspaper. Besides we have been supporting their cause through the editorials as well,” he added.

He is pretty upset with the surveillance of journalists saying, “It is nothing but murder of the freedom of expression. When it is something guaranteed to every citizen, why are we not allowed to express it. Everyone should respect this right. If we do not stand up now to protect our rights the country will pay a heavy price for it in the days to come.” 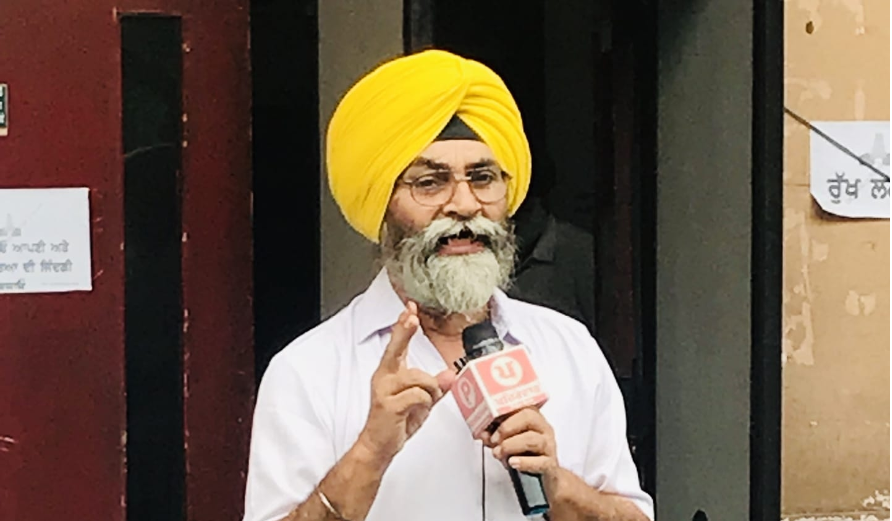