Slogans Inciting Violence Against Muslims in Delhi Cannot be Ignored

It seems to all be going out of hand, as the hate against Muslims is being revved up all across Uttar Pradesh and now Delhi. That slogans of the kind heard in the videos were being raised at Jantar Mantar, calling to kill the Muslims, is absolutely reprehensible. And cannot withstand scrutiny, be it of Parliament that is literally a stones throw from the venue, or the courts that are fairly close too given Delhi’s distances.

That these slogans that went on for a long time, an open incitement to hate and violence, should give all citizens believing in democracy pause for thought. Is this what India is going to be? Hate and animosity eschewing violence? And for no reason except to do with their sheer existence? That they exist is sufficient for these people to call for their death.

The police that keeps close guard on Jantar Mantar, restricting movement, and building barricades watched silently as the basic laws of democratic India were openly flouted. No cases were filed, no one was stopped, and people took videos and posted them with glee.

In Moradabad supposedly residents along with local right wing groups came out to stage dharnas against a couple of Muslim families who had bought houses in an essentially non-Muslim colony. Again the same kind of slogans as those gathered there insisted they would move out if these Muslim families continue to stay there.

Fear and terror is being deliberately spread, with the minorities as always the target of attack. Any political leader who speaks up for rights and justice is now attacked on the social media, and often virulently so, for supporting and appeasing the ‘jihadis’, a word used as common parlance for all Muslims in India.

The divisiveness is acquiring a new edge as the UP elections approach, with an open bid to consolidate the majority vote against the perceived threat from the minorities. The effort is of course, to eclipse all issues of life and livelihood under a wave of bigotry, so that the people can be roused into action for issues other than of price rise, joblessness, health, farmers laws and basic non-governance.

The damage to India’s polity is immense as the walls being constructed to barricade societal responses will soon be difficult to break down. And Indian democracy that had always allowed citizens to hold their heads high across the world, will be seriously threatened and compromised. The Constitution of India itself will face the brunt very soon, as its fundamental rights and concept of justice are being continuously challenged through such reasoning, in the hope that every blow will dent, and ultimately destroy, what comes in the way of formalised majoritarian rule. 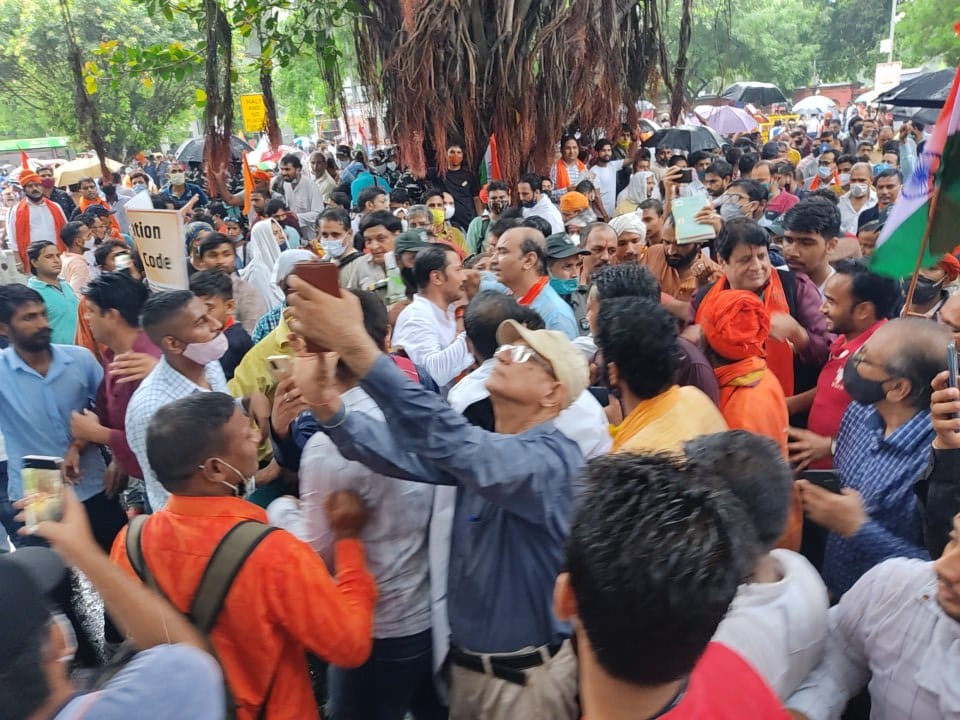