‘What will these politicians represent when there is nothing left?’

Six months to the assembly polls in Punjab, there is no sign of an election campaign. None of the political rallies or meets that mark the rundown to state elections in India. This is because farmers against the three “pro-corporate” laws pushed by the Modi government are not allowing parties to campaign.

Farmer leaders say that if campaigning is allowed in the state it will divert people’s attention to other political issues, fragmenting the movement’s support base. Individuals will move in accordance with their own party leanings, unlike the unity now in the fight to repeal the “anti-people” laws and gain a guaranteed support price.

On several recent occasions farmers have stepped in to prevent parties and their leaders from campaigning. There are also reports of party leaders trying to campaign surreptitiously, and being foiled by hostile groups of farmers who showed them black flags and showered them with slogans until they left.

On Wednesday it was Shiromani Akali Dal (Badal) president Sukhbir Singh Badal who reportedly faced the farmers’ ire as he embarked on a hundred-day Punjab Yatra from Zira in Ferozepur. Planning to cover all 117 constituencies on his yatra, Badal faced a strong protest from the start, as agitating farmers showed him black flags and shouted slogans.

Days earlier it was his wife and Lok Sabha MP Harsimrat Kaur Badal who received similar treatment, at the Burj Rathi village in Mansa where she had gone to offer condolences at two homes. Protesting farmers alleged that she had held election meetings on the pretext of offering condolences.

The Aam Aadmi Party which has emerged as the third major force in the state has said that its leaders are willing to go to the villages without party flags to hold meetings with the people.

The people are pretty annoyed with political parties in the state, which they see as forces of opportunism. They are asking what the parties have given them through successive governments.

“When these parties claim to represent the people and fight for their benefit, they need to understand that the people are already waging a big fight against the anti-people farm laws,” said Rajinder Singh of the Kirti Kisan Union.

The organisation is leading the movement to refuse politicians permission to campaign.

“What is the need for a poll campaign when they cannot stand with the people of the state? Why divert attention from the all-important issue of farm laws on which the survival of the peasantry hinges? Who and what will these politicians represent when there is nothing left?”

“Don’t they see how the Centre has usurped the rights of Punjab, whether through the Goods and Services Tax or the farm laws, despite agriculture being a state subject?” Singh asked.

Though they are hitting out at all parties, the farmers hold the BJP in particular responsible for betraying them outright.

They say the Akalis too have acted as an anti-people force by siding with the BJP when the laws were passed, and by doing nothing to curb the drug menace during the decade they were in power.

They are equally annoyed with the present Congress regime under Amarinder Singh for not delivering on poll promises related to employment and other issues.

Nor are they buying the AAP ticket, and accuse it of promising one thing in Punjab and doing quite the opposite in Delhi. “The party’s government notified one of the three farm laws in Delhi. How can we rely on them?” asked Rajinder Singh.

The farmers’ policy is clear cut: while no BJP leader will be allowed to enter the villages, the leaders of other parties must answer them on various issues.

According to Kanwaljit Khanna who has been instrumental in organising the farmers’ movement: “There is a lot of anger among the people, who have been protesting for the last ten months. They see the political parties as forces of opportunism.

“The people have gained a lot political consciousness during this movement as they have been listening to experts decipher the farm laws and related socioeconomic issues on a daily basis.

“On the other hand the politicians have neither the will nor the vision to address the people’s concerns. They never say when they will come to a village and at what time they will address the questions of the masses.

“The masses understand that the move towards the corporatisation of agriculture was initiated by the Congress and implemented by Modi, while AAP continues to hoodwink.”

However, Akali functionary Winnerjit Singh had a different take.

“When the call of the top farmer leadership has been to only target the BJP, why are the others not being allowed to convey what they have to offer to the farmers?” he asked.

“Political functioning by parties has its own important role in a democracy. We have also been participating in the farmers’ protests siding with them. It needs to be understood that every individual has his or her own political affiliation also.

“We will try to engage in dialogue with the farmers to address the concerns regarding political campaign.”

Sources say the raging anger of farmers compelled the Akalis to cancel their annual political conference on Friday to mark the death anniversary of Sant Harchand Singh Longowal. Instead the party decided to observe it as a religious event.

AAP leader Ahbab Singh Grewal told this reporter, “The farmers are justified as both the Akalis and the Congress have only paid lip service to their concerns over the last several decades. There has been no attempt at diversification of agriculture or towards decent remuneration for their produce.

“The BJP on the other hand has thrown them before the corporate. We want to give them a concrete road map to address their issues. We respect their sentiment and are ready to approach them without our flag.”

The Congress has the advantage of announcing sops and schemes from the government platform until the model code of conduct comes into force.

For now the main poll-related activity is confined to people from rival parties switching sides, and infighting as party functionaries take on their rivals. It remains to be seen how the campaign shapes up for political parties in the run up to the polls. 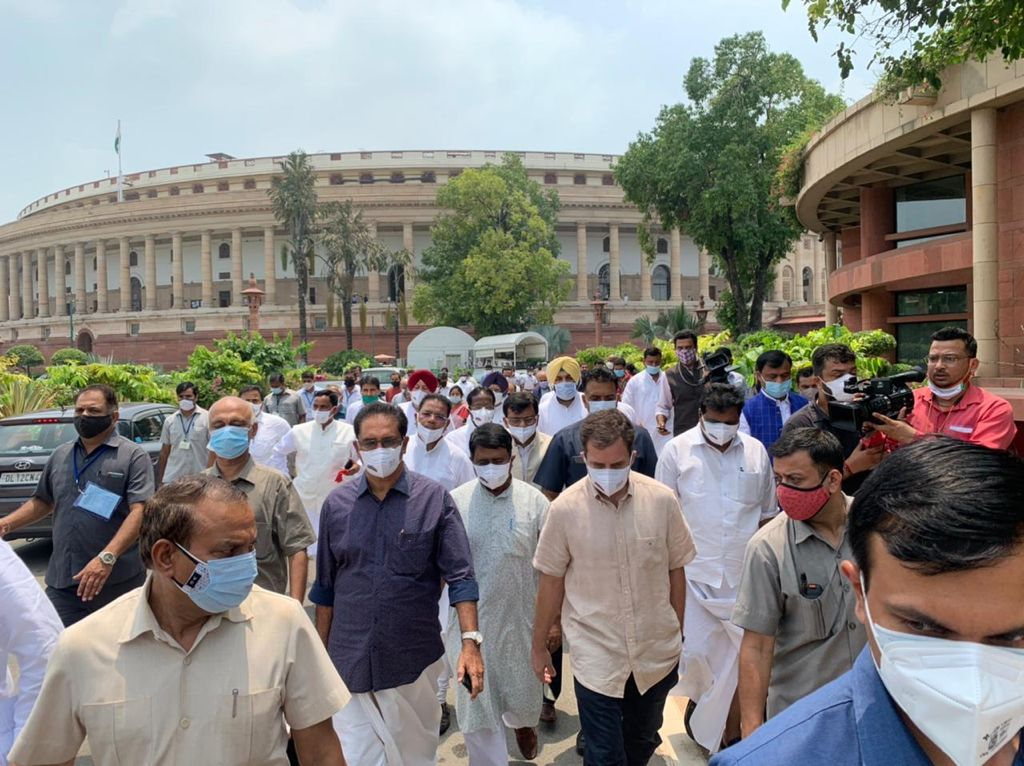