Farmers to Inaugurate Mission UP-Uttarakhand With a Rally

Thousands of farmers from different states of India are getting ready to take part in two important events of the Samyukta Kisan Morcha: the SKM national convention on August 26-27 at the Singhu border of Delhi and on September 5 a rally in Muzaffarnagar to inaugurate its Mission Uttar Pradesh-Uttarakhand.

Over 1,500 delegates from all over India will attend the national convention, being held to coincide with the completion of nine months of the historic farmers’ struggle. They will include farmers in large numbers, leaders of organizations of the working class, agricultural workers, women, youth, students, Dalits, Adivasis and other marginalized sections.

The convention will approve a plan of action according to suggestions from participants for the intensification and expansion of the movement all over India.

A big victory for the sugarcane farmers of Punjab this week has set the tone for the SKM’s national convention. In the third round of talks held on August 24 between farmer union leaders and the Punjab government, the Punjab Chief Minister announced the government would increase the sugarcane price to Rs 360 per quintal.

This significant increase of Rs 50 per quintal is a major achievement of the farmers’ collective struggle. Punjab’s sugarcane farmers fought a collective battle over five days in Jalandhar, blocking rail and road traffic from August 20.

Farmer leaders thanked all the protestors including the ones running the langars. They also thanked the people who cooperated despite some inconvenience caused to them. They announced that the protests will end in Jalandhar, and have urged all protesting farmers to return to the Delhi morchas and strengthen them.

In Haryana meanwhile, the BJP-JJP government has been anti-farmer right from the beginning of this historic movement. It placed numerous obstacles in the path of convoys of protesting farmers who were headed to the national capital in November 2020 to present their demands to the Union.

Many illegal detentions and arrests were undertaken in Haryana by the government, along with the violence of teargas shells and water cannons unleashed on farmers headed to Delhi.

Subsequently, over the past nine months the Haryana government has filed cases against some 40,000 farmers as though it is waging war against its own people. The administration has filed 136 different cases, in addition to two cases of sedition, against protesting farmers. The government has named 687 protestors and filed cases against 38,000 unknown persons as accused.

Most recently it attacked farmers protesting against the Annapurna Utsav promotion gimmicks by slapping more cases on them, for burning empty grain bags on which the anti-farmer faces of BJP and JJP leaders Modi, Khattar and Chautala had been printed.

The nervousness of the Khattar government is apparent even as the farmers’ movement gains greater momentum. It is clear that BJP and JJP leaders in Haryana are fearful of facing the public and being held accountable for their anti-farmer actions.

In Uttar Pradesh the BJP government is no less in its anti-people stance. As the movement is getting stronger in the state the Yogi Adityanath government is getting more nervous. Cases have been filed against protesting farmers in UP in the recent past. In Pilibhit FIRs were registered against 58 farmers by name who participated in a peaceful black flag protest against a state Minister.

Farmer unions in the state are demanding the withdrawal of these cases, calling them a violation of citizens’ basic right to peaceful protest.

Innumerable peaceful black flag demonstrations by farmers against the BJP’s Union and State Ministers, MPs, MLAs and others are continuing unabated in Haryana, Punjab, Uttar Pradesh, Uttarakhand, Rajasthan, Madhya Pradesh and Delhi. They are too numerous to recount here.

In the Supreme Court's recent comments in the hearing of a two-judge bench on a PIL, the Court recognised once again the farmers' right to protest peacefully.

The SKM pointed out that the blockades at protest sites were not created by the farmers, but by the police and administration of multiple state governments and the Delhi Police under the control of the Government of India.

Farmers are not living on the streets for nearly nine months out of their wish and desire, but because blockades were put up by governments, when farmers wished to go to Delhi to get their grievances heard. It is the government which is not willing to resolve the stalemate and is trying to also ensure that farmers’ right to protest is also not upheld.

The Supreme Court said that the Union Government should take early steps to resolve the matter. Such a resolution will come from resuming dialogue with the SKM and fulfilling the farmers’ legitimate demands.

Nearly 600 farmers have been martyred in this agitation so far, and the BJP government is unmoved about the hardships of the protestors, and is not even willing to acknowledge the deaths so far.

The SKM last week exposed the Prime Minister’s lies in his Independence Day address from the Red Fort. Farmers of the country have realised fully that they can never depend on the Prime Minister's hyped claims, false promises, spin narratives, or his jumlas.

The hollow claims around remunerative Minimum Support Prices stand exposed, in addition to the jumla on ‘doubling farmers’ incomes’. The PM however continued to make a reference to “the important decision of increasing the MSP by 1.5 times” in his Independence Day Speech.

MSPs have not at all been increased by 1.5 times, and even the announced MSPs are not being realised by lakhs of farmers despite a commitment on the floor of Parliament by the Modi government.

Modi chose to draw the attention of the nation to the Pradhan Mantri Fasal Bima Yojana during his speech. He claimed that small farmers of the country are the resolve and mantra for the government, and are the nation’s pride. In that context he sought to showcase PMFBY as an effort to increase the power of the small farmer in the country.

The reality of PMFBY is totally different. This reality exposes the hype and false claims being made about this crop insurance scheme, right from the beginning of its launch. The story is as false and cruel as the MSP story, where again the PM made untrue claims standing right under our national flag.

In PMFBY, latest figures show that private insurance companies collected Rs 31,905.51 crore in 2018-19 and 2019-20 as gross premium from farmers, State governments and the Union government while the claims paid amounted to only Rs 21,937.95 crore.

This leaves a margin of around 10,000 crore rupees for the private insurance corporations to operate and profiteer, over just two years.

The insurance claims of lakhs of farmers were never settled. States like Andhra Pradesh, Bihar, Gujarat, Jharkhand, Telangana and West Bengal opted out of PMFBY.

Indeed the number of farmers covered under this scheme has been falling significantly year after year.

The story of declining coverage is true for the rabi season too, year after year. The number of agricultural crops covered in 2018 kharif was 38, which decreased to 28 crops by 2021 kharif. In the case of horticultural crops, it fell from 57 crops in 2018 to 45 in 2021. The area insured during kharif 2018 was 2.78 crore hectares, which saw a significant decline to 1.71 crore hectares in kharif 2021.

These numbers reveal the true story with regard to the failed PMFBY and it is shocking to see the Prime Minister make a mention of this scheme as one that could increase the power of the small farmer!

In that speech there was also a reference to the Agriculture Infrastructure Fund announced during the first Covid pandemic lockdown, with the PM claiming that the Government of India had ‘sanctioned’ one lakh crore rupees for this.

Now, this year, it is the ‘Gati Shakti’ National Infrastructure Master Plan trumpeted as a 'scheme of more than 100 lakh crore rupees.’

The statements of the Prime Minister stand exposed when we look at the reality of the Agriculture Infrastructure Fund, more than a year after the pompous announcement.

AIF is a 13-year scheme incidentally with disbursements till 2023-24. As on August 6, 2021 only 4,503 crore had been sanctioned under AIF for 6,524 projects including ‘in-principle’ sanctions (amounting to 4.5% of the so-called ‘sanction’ announced last year itself).

As per a Rajya Sabha response on July 23, 2021 only 746 crore rupees have actually been disbursed – just 0.75% of the grand announcement.

Significantly, India’s opposition parties are backing the farmers’ struggle. On August 20, 19 opposition parties in India jointly put out a statement announcing nationwide protests from September 20 to 30, on 11 burning demands of the country.

One of the demands is to “repeal the three anti-agriculture laws and compulsorily guarantee MSP to farmers”.

The statement says, “The historic struggle by our farmers continues into the ninth month now, with the government being obdurate in not repealing the three anti-farmer Laws and compulsorily guaranteeing and giving MSP to the farmers. We, the undersigned, reiterate our support to the struggle launched by the farmers under the banner of the Samyukta Kisan Morcha.”

The statement further says, “The destruction of the Indian economy, with deepening recession, is pushing crores of our people into joblessness, escalating the levels of poverty and hunger. The run-away inflation and price rise is adding to people’s woes and destroying livelihoods…

“The destruction of the economy is accompanied by a mega loot of our national assets; large-scale privatization of the public sector, including banks and financial services; the privatization of our mineral resources and public utilities to benefit the cronies of Prime Minister. This will be strongly resisted.”

- Stop and reverse the unbridled privatisation of the public sector

- Vastly enlarge MGNREGA with increasing guarantee for 200 days with at least doubling of wages. Legislate an urban employment guarantee programme on similar lines.

After giving a nationwide call for protests from September 20 to 30 the statement ends by saying, “We, the leaders of nineteen Opposition Parties, call upon the people of India to rise to the occasion to defend our secular, democratic Republican order with all our might. Save India today, so that we can change it for the better tomorrow.”

Ashok Dhawale is president of the All India Kisan Sabha. 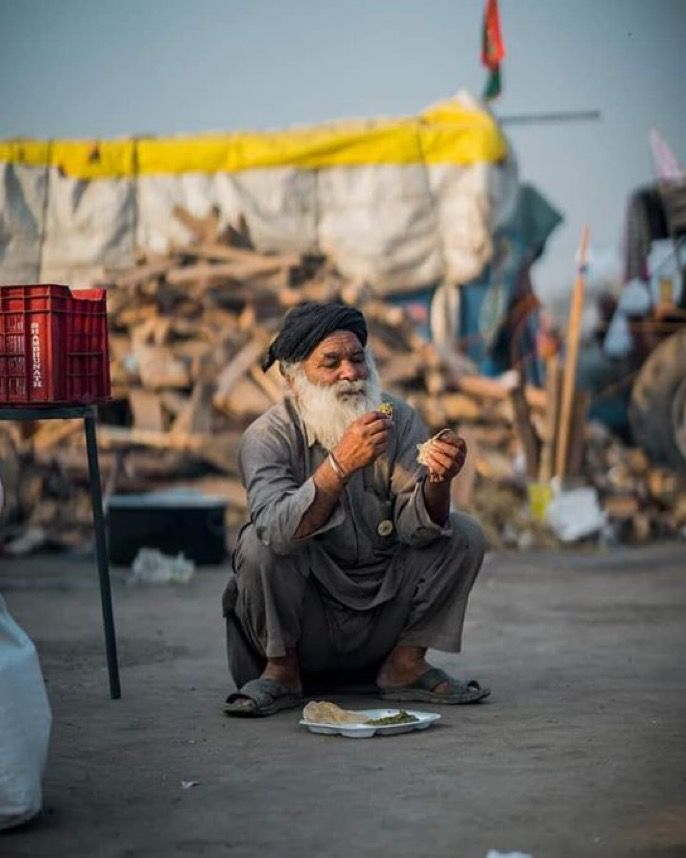