May your resentment put me on top

What does AIMIM (All India Majlis-e Ittehadul Muslimeen) president Asaduddin Owaisi mean when he appears from the lanes of Charminar in Hyderabad to promise Uttar Pradesh a Muslim chief minister?

Is this all contesting politicians have to offer voters on the eve of assembly elections scheduled in UP early next year?

What about safety, security, education and jobs?

If a Muslim head of government were the only aspiration of Muslim voters, then Muslim Indians would have long ago favoured the Muslim League. Instead most Muslims chose to side with the secular credentials of the Indian National Congress.

Now Owaisi blames the secular political parties for making slaves of the Muslim voter. He travelled around UP between September 7-9 addressing public meetings in Ayodhya, Barabanki, Rudauli and Sultanpur, proclaiming that politicians helped by Muslim voters to win elections in the past have made themselves mantri (minister) and given Muslims the job of santri (guard).

Nearly 20% of UP voters are Muslim and in independent India the majority of Muslims have always voted for secular politics, despite scaremongers like Owaisi.

Unfortunately few Muslims are willing to be quoted about who they will vote for, or how they feel today. This is because they don’t want to be misunderstood, they say and don’t want to get into trouble over what they say. Different voters express different concerns about the future but most reject the notion that they want only Muslim politicians to win the 2022 elections in Lucknow.

One voter not shy of being quoted on this topic is Farrukh Jaffar, 89 year old actor who out of habit is loud and clear about what she wants from a politician. She will make up her mind who to vote for closer to the election, she says, for a politician who may or may not be Muslim.

“My late husband was a freedom fighter, journalist and Gandhian. Our home was visited by numerous politicians, not necessarily only Muslim. I recall canvassing for an army of Congress Party leaders who were not Muslim during election time. I campaigned for Algu Rai Shashtri in the first Lok Sabha elections in 1952 and for Sucheta Kripalani, Lucknow’s first female chief minister in 1963. Nanaji Deshmukh, who was sent to UP as an RSS volunteer was a family friend,” says Jaffar.

She adds that the politics of the Muslim League did not interest her, and she has no time for what Owaisi has to say.

In elections past she has worked with the late Congress leader Swaroop Kumari Bakshi, and was with Rita Bahuguna on poll campaigns while Bahuguna was still a member of the Congress Party.

It is the inability of the Congress Party to speak in an Indian idiom that disappoints Jaffar. It is as if the Congress Party is afraid of secularism - although the soft Hindutva that attracts its leadership is perhaps less to undermine the Muslim and more to impress the Hindu voter.

It makes Jaffar unhappy to watch religion being abused even by younger politicians to fulfil their desire for power.

The biggest challenge before voters like Jaffar is to invest their vote in a dream politician who still believes in Hindu-Muslim unity, and in social justice for all.

By doing so, the Congress Party makes Muslim voters feel that they are abandoned not only by the Congress but by the entire opposition.

There is no guarantee that this despondency will make the Muslim vote fall into the AIMIM’s lap.

Who the Muslim voter will eventually favour is to be seen - conversations with Muslims in Lucknow reveal that the preference is for politicians sympathetic to the needs of all citizens, including Muslims.

The dream is for a leader who is seen providing jobs and education opportunities to everyone, a head of government determined to discourage communal activities, and to work hard to make UP safe and secure for all.

The dilemma before Muslim voters is similar to the dilemma faced by any other concerned citizen.

It is to identify a politician who is well meaning and who cares for the welfare of all citizens, knowing very well that such a politician is like a needle in a haystack.

This is the most challenging predicament before voters today who see most politicians misusing religion to grab, and to remain in power.

For the majority of the electorate, including Muslims the priority remains safety and security, social justice and the country’s economic well being. Few voters need politicians to show them the way to heaven and to god. 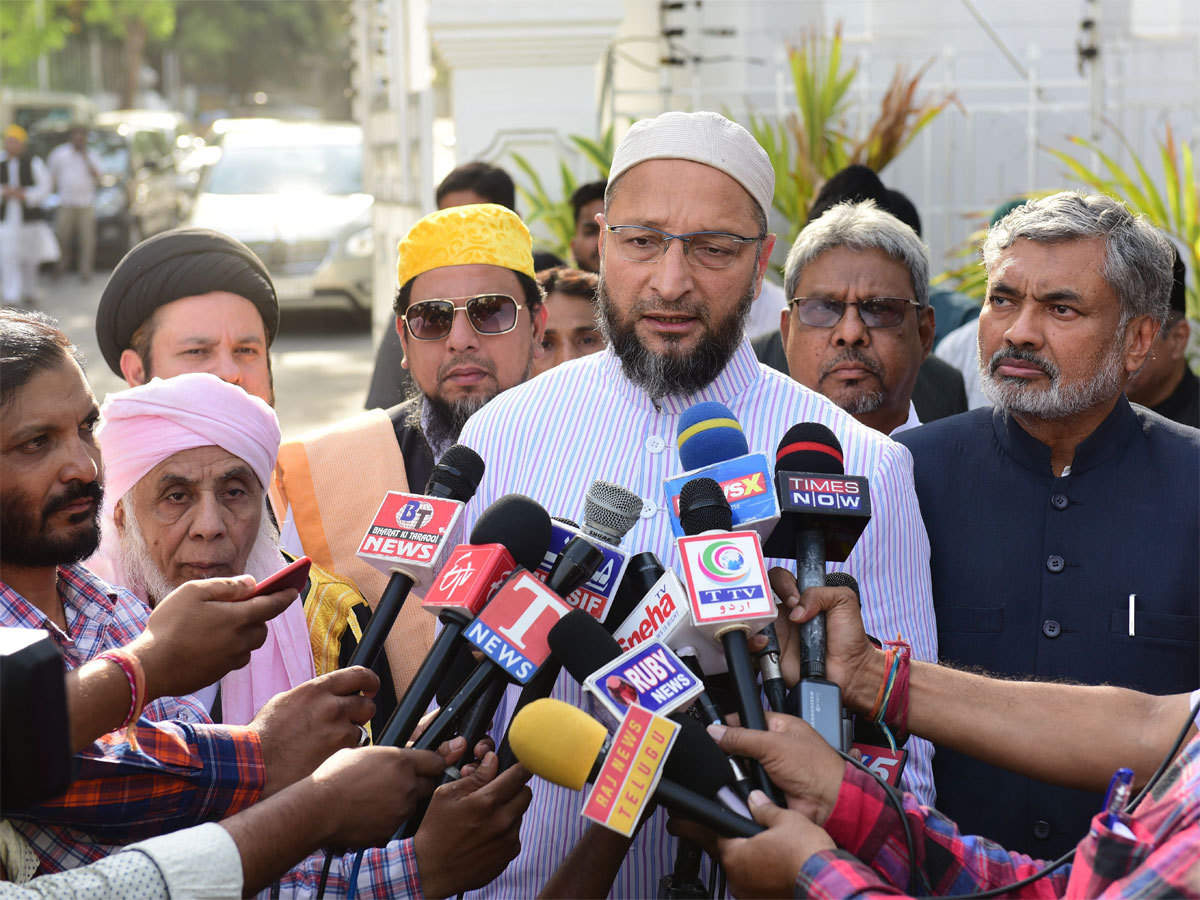