The Congress has zeroed in on Charanjit Singh Channi to replace political heavyweight Captain Amarinder Singh as the new chief minister of Punjab, just about four months before the state Assembly elections.

The party has played the Dalit card in choosing Channi over other frontrunners. Whether it will pay off electorally remains to be seen. But the move is a gamble as one, the caste politics and connotations in Punjab are not like those in states like Uttar Pradesh where a gesture such as this would have yielded results.

And secondly, Channi has always been a controversial figure in the news for wrong and absurd reasons. The party has thus provided enough cannon fodder to its opponents who have come out with all guns blazing in this era of social media warfare.

Channi, 58, has won elections for three terms from the Chamkaur Sahib constituency. He was the Minister for Technical Education in Amarinder Singh’s cabinet, and will now take the oath as CM today.

Congress supporters are hailing his appointment as that of a first Dalit chief minister of the state. The move is also intended to counter the other political parties who had been looking ata Dalit deputy CM if not the CM. Punjab has over 32 per cent Dalits, far more than states like Uttar Pradesh.

But Dalit connotations and politics work in a different manner here. A substantial number of Dalits, particularly those from the Doaba belt, are working abroad and have done well economically. While they continue to face social discrimination where they have separate Gurdwaras and cremation grounds economically they are not not so badly off. In the Malwa and Majha regions, however, the economic and social conditions of the Dalits are deplorable. Dera politics also has a role to play in context of the Dalit population in Punjab.

Observers pointed out that this is the first time that suggestions for a Dalit deputy CM had become part of the poll rhetoric. The Congress has taken a potshot at its rivals by installing Channi as its leader and the Dalit face for the party in the run up to the elections.

However, it remains to be seen whether the gesture will pay off. As Channi is known for a string of gaffes. He was in a soup in 2018 for having reportedly sent ‘inappropriate’ text messages to a lady administrative officer. Amarinder Singh had to intervene and ask him to apologize to the official. This is trending again on Twitter under the #MeToo hashtag after the announcement.

Channi’s fascination with astrology has often been reported by the regional papers. On the advice of an astrologer he had a road constructed from a public park outside his official residence in Sector 2 in Chandigarh, that was promptly razed by the Chandigarh administration.

And who can forget the instance of him moving around on an elephant in the laws of his private residence in Kharar, photographs of which invited much amusement.

In another instance he tossed a coin to decide on the appropriate candidate for the post of a lecturer in a polytechnic that had left the state government embarrassed. It was clarified the minister wanted to allocate the post in a ‘transparent’ manner.

Channi had also been in the news for his failing to clear the entrance exam for PhD that led the Panjab University to allegedly relax the norms and slash the passing percentage for the reserved category students just to accommodate him.

There is also a video of him doing the rounds where while replying to a query from Shiromani Akali Dal (Badal) president Sukhbir Singh Badal on the achievements of the previous Congress government, he claimed that the government did ‘patch’ work on roads in Punjab.

But his rise in Punjab politics has been phenomenal. From the president of Chamkaur Sahib municipal council in 2002, he went on to win the 2007 assembly poll as a Congress rebel. He then won the same seat on a Congress ticket in the next two elections.

Just ahead of the 2017 polls, he was made the leader of the Opposition in the house. He is known to raise issues concerning Dalits in the state assembly for which he has even been critical of his own government. He has an uphill task at hand preparing for the electoral battle on one hand and running the government on the other with just a few months at hand.

In the context of his appointment, there is another aspect that needs to be pointed out about the psyche of Punjabis. Observers point out that with the element of federalism riding high in the state, Punjabis want their chief minister to be a man of stature who can take on the central government irrespective of who is in power there.

It remains to be seen whether Channi is able to fit in that league as far as people's perception goes.

Interestingly, Amarinder Singh has started working on the farmers constituency that had been supporting him. On Sunday evening he issued a statement expressing sorrow at having to cancel the scheduled disbursement of appointment letters to families of 150 farmers who had lost their lives in the ongoing agitation against the farm laws.

He said that with the new chief minister designate already announced, he would unfortunately not be able to personally hand over the employment letters to the next of kin of the deceased farmers even though his council of ministers had already accorded approval to the proposal. He hoped the new chief minister would carry out the task at the earliest to provide relief to the affected families.

Amarinder Singh urged Channi to ensure that the state government continues to stand with the beleaguered farmers of Punjab, ‘who have sacrificed their lives in our collective fight for justice’.

The statement read his government had also released Rs 14, 85,50,000 in compensation to the next of kin of the 298 deceased farmers. It said that he would not allow the sacrifices of India’s 'annadaatas’ to go waste. It was the responsibility of every government and political dispensation, be it in Punjab or any other state, as well as the centre, to ensure that the farmers get their due. He said that cases of 51 more families were under process. 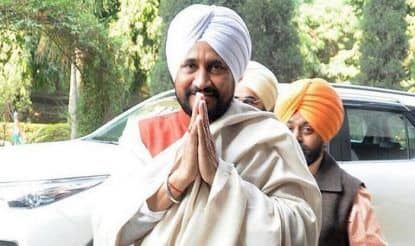