Even the BKM is protesting inflation and low commodity prices

Last week the Cabinet Committee on Economic Affairs chaired by Prime Minister Narendra Modi announced the minimum support price for a number of rabi commodities for the 2022-23 marketing season. The MSP of one major commodity, wheat has been increased from Rs 1,975 to Rs 2,015 per quintal.

But the price increase for wheat is only Rs 40 per quintal, or 2% higher than the previous marketing season.

Only once has there has been a lower percentage increase, in 2009-10 when the MSP for wheat was increased by 1.85%. Every increase since then has been more than what Modi announced for 2022-23.

Fhe Samyukta Kisan Morcha and some political leaders have rejected the hike in the MSP of wheat calling it unreasonable. The Bhartiya Kisan Morcha affiliated to the Rashtriya Swayamwevak Sangh has also rejected the hike, staging protests at more than 500 district headquarters across the country. The RSS affiliated union also staged a protest at Jantar Mantar in Delhi on September 8 asking the government to ensure remunerative market prices of all agricultural commodities and to control inflation.

This action of the Bhartiya Kisan Morcha has shaken the NDA government. K.C.Tyagi, a leader of the Janta Dal (United) that is part of the NDA also disagreed with the government and has called for major changes in agricultural policies.

For more than nine months now the Samyukta Kisan Morcha has been protesting at various interstate borders of Delhi and across the country for repeal of the three agricultural laws enacted by the Union government, and for providing legal guarantee for the continuation of MSP of agricultural commodities.

Various experts have made it clear that allowing private markets for the purchase of agricultural commodities and contract farming laws would result in the forced exit of farmers, agricultural labourers, and rural artisans and will hamper rural development. Changes in the Essential Commodities Act 1955 would be a major blow to consumers. Although the Supreme Court has barred implementation of these laws, the sharp rise in the prices of essential commodities has put consumers in difficulty keeping the stove burning.

The demands of the Samyukta Kisan Morcha are justified. Adherence to these demands will surely bring some relief to farmers, agricultural labourers, rural artisans, and consumers. In line with the country’s larger interests, these demands need to be met and the Union and State governments need to make major changes in their agricultural policies.

In such conditions people dependent on agriculture are forced to live a very low level of living. Surveys conducted in many parts of the country reveal the fact that almost all marginal and small farmers, agricultural labourers and rural artisans are born in debt and poverty, have a hard time in debt and poverty, and leaving a mountain of debt and poverty for the next generation, they either die a death of starvation, or when all their hopes are dashed by governments and society, they take their own lives.

Some teachers from the Punjabi University, Patiala, the Guru Nanak Dev University, Amritsar and the Punjab Agricultural University, Ludhiana have conducted surveys for the Punjab government to analyse the various aspects of suicides by farmers and agricultural labourers in rural Punjab.

The surveys reveal that 40% of the suicides are by agricultural labourers and 76% by marginal and small farmers.

The main cause of these suicides is the ever increasing burden of debt and abject poverty amongst farmers and agricultural labourers.

The plight of the suicide-victim families remains pitiable as government assistance to these families is negligible.

There is no doubt that the prices of agricultural commodities should be profitable. Most of the farmers’ organizations and some political parties put emphasis on implementing Swaminathan’s suggestion to fix MSPs for agricultural commodities. By accepting this suggestion, the farmers will get a 50% profit on their cost of production. Undoubtedly, accepting this suggestion will turn the current loss-making agriculture into a profitable activity.

One aspect is very important in this regard, that is to know whether this will enable all sections dependent on agriculture to meet their basic needs in a respectful manner.

Assuming that the average annual cost of production of such farmers is Rs 1 lakh, their profit or income per family will be Rs 50,000 per annum, Rs 4,167 per month, Rs 137 per day.

Think about how a family can survive on such a low income.

Both these sections have no other means of production except to hire out their labour. But the use of machinery and herbicides in the package of ‘New Agricultural Strategy’ adopted to meet the food needs of the country has severely hampered the employment of these sections in the agricultural sector.

Therefore, to ensure a minimum income level for marginal and small farmers, agricultural labourers, and rural artisans, MGNREGA and other such employment schemes will have to be implemented.

To increase productivity, some political leaders, NITI Aayog experts and other pro-capitalist/ corporate people continue to provide advice and direction to farmers on crop diversification. But before adopting the New Agricultural Strategy, remarkable crop diversification was found in many parts of our country.

Crop diversification is essential for maintaining groundwater levels and soil health, and protecting the environment from pollution. To do this, the government should identify the agro-climatic zones and ensure the sowing/ planting of suitable crops in those areas, and the procurement of agricultural commodities at remunerative prices. Redistributing this will also ensure children’s health and nutrition, and food security.

The successful experiences of cooperative farming of the Zamin Prapti Sangharsh Committee in Punjab and of landless women in Kerala show that the government should provide Panchayati land to agricultural labourers and rural artisans for cooperative farming without charging any rent.

It is the duty of the Union and State governments to provide interest-free credit facilities to the people dependent on agriculture, and to provide the required subsidies or grants, and to rationalise these subsidies/ grants in favour of the marginalised sections of the farming community. 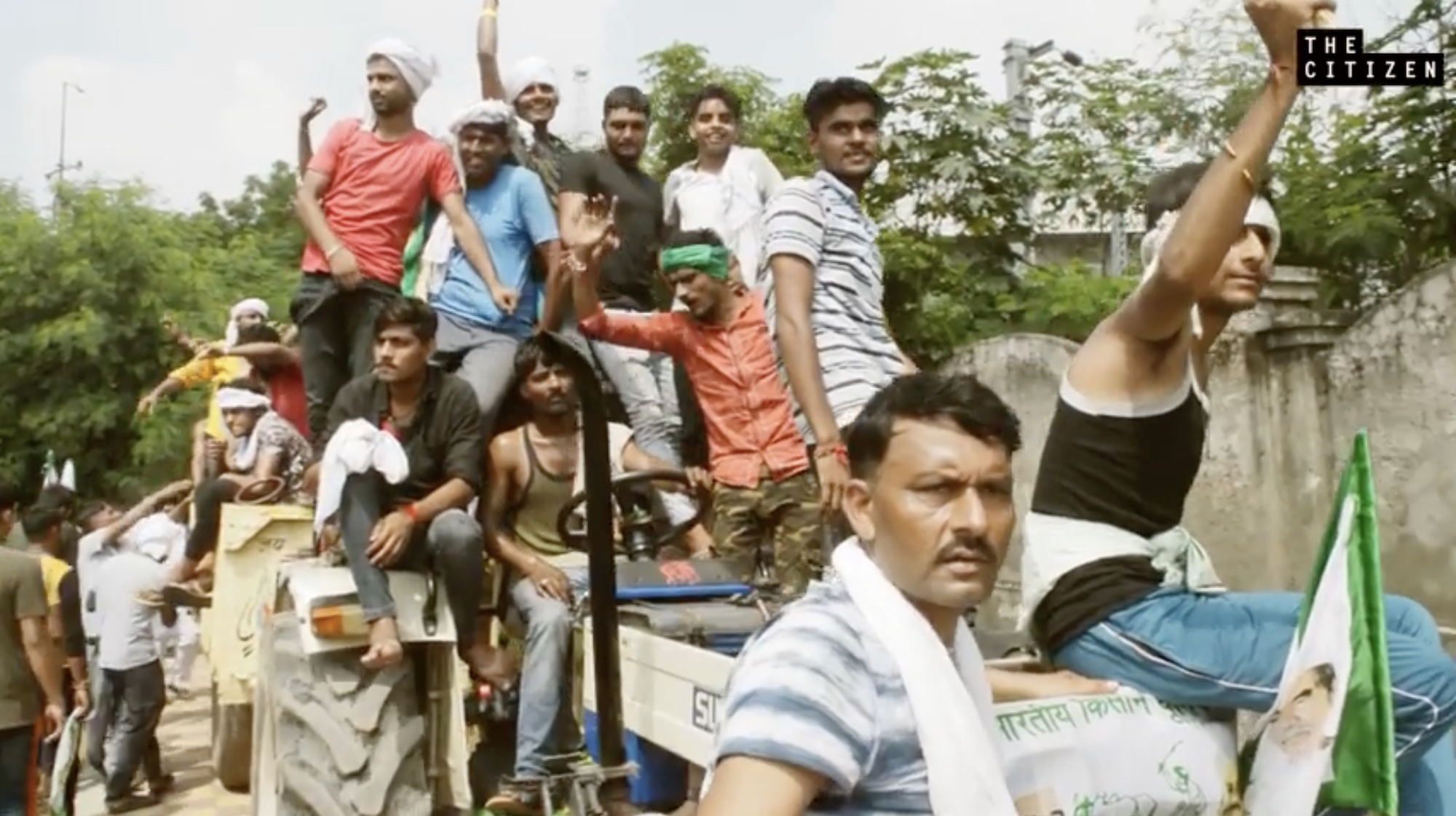 Images from the Muzaffarnagar farmers rally: Danish Pandit for The Citizen