Many concerns and questions

Assam Chief Minister Hemant Sarma is happy and enthusiastic about his government’s eviction drive at Dholpur village in Assam where ‘illegal encroachments’ have been mowed down, three persons killed, and at least 5000 left homeless under the skies. In a tweet Sarma said, “Continuing our drive against illegal encroachments, I am happy and compliment district administration of Darrang and @assampolice for having cleared about 4500 bigha, by evicting 800 households, demolishing 4 illegal religious structures and a private instn at Sipajhar, Darrang.” He has posted photographs of the same with no mention really of the humanitarian dimension of the demolition that has left these families who have been living there for decades without a home.

Not just this but a video that sent shockwaves across the country does not seem to have perturbed the authorities, although he has been arrested subsequently. The video starts with a man running out of the village, chasing someone away, when he is shot at and beaten senseless by a posse of policemen standing there. He could have been easily overpowered but that thought did not occur to the large group of cops who shot and felled him with lathis. The villager was lying motionless when at that point a man in glasses and a camera for legitimacy ---described later as a government photographer who had accompanied the cops to the site---came running up, jumped repeatedly on the almost dead man’s chest and beat him. A couple of cops led him away gently. The lifeless body of the villager lay there with no one bothering to check whether he was dead or alive when again the photographer emerged in a marathon run and jump, landing with full force yet again on the chest of the hapless villager.

The photographer, reports say, has since been arrested but by the CID and not the Assam police. Concerns and questions are many :

1. Is this eviction drive one sided, targeting Bengali speaking citizens?

2. On what basis have the villagers in Dholpur village been branded as illegal migrants?

3. Given the large numbers surely there has to be a policy of rehabilitation where the villagers are settled in an alternative area peaceably and not with force? Through dialogue and not violence?After all they are at the risk of losing all that they have which is their home and their base for livelihood. Resistance from them is expected, but violence from the government is not.

4. What drove that cowardly photographer ---he waited until the villager was motionless--to exhibit such hate? Of course he is a cog in a larger wheel but even that fact needs articulation and sufficient explanation and action to ensure that such barbaric demonstrations are not justified and condoned.

5. And finally surely even the governments know that this polarisation and continuous attack on the minorities will destabilise the state and the peoples. As no one lives in a vacuum and the consequences of hurt and violence are felt by all. Even in remote Assam where humanity is being fast buried under the politics of hate and exclusion. 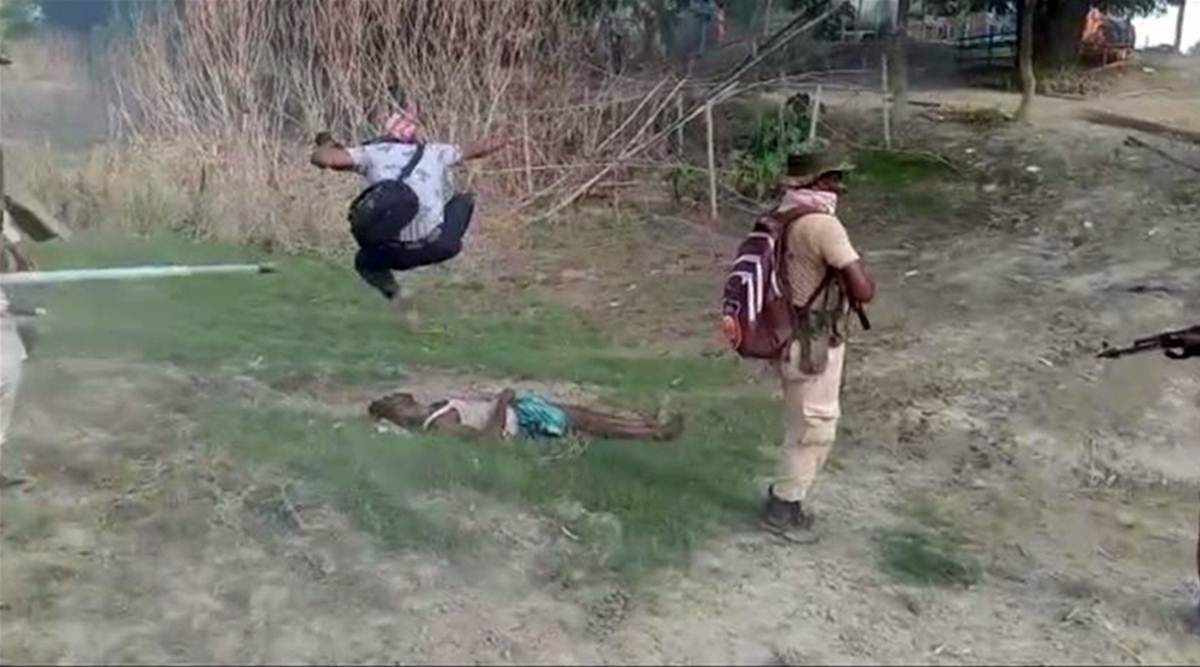