The Congress and Uttar Pradesh

The bloodcurdling incident in Lakhimpur Kheri where nine people including four farmers were run over and killed has woken up the Indian National Congress to its social responsibility. The tragedy has also made the usually laid back population of Uttar Pradesh angry.

The anger of thousands of sugarcane farmers throughout the state has been simmering for months over non-payment of dues by private mills and state cooperatives. The above tragedy has further fuelled the mood.

Lakhimpur Kheri is the sugar bowl of the state with four sugar mills that are the largest in Asia. Farmers are fed up over the long wait for payments that run into crores of rupees. The rules state the payment is to be made within a fortnight of the sugarcane being delivered to a mill - this has not happened for a long time. Farmers are also annoyed that sugarcane prices have not increased for years despite the steep rise in the price of inputs including diesel and fertilisers.

The Congress along with other opposition parties is in the forefront of demanding justice for farmers today. And it has a long history of working with the farmers of the area. It is the Congress that first addressed grievances of the peasantry way back in 1936, and organized the farmers into a spirited mass movement called the All India Kisan Sabha.

Founded at the Lucknow session of the Congress in April 1936 when the nationalist legend Swami Sahajanand Saraswati was elected its first president, the AIKS was part of the Congress mobilization of the peasantry against the attack of landlords on farmers’ occupancy rights, which flagged off a vibrant farmers’ movement in the country. It is the AIKS that first inspired national consciousness amongst the farmers of UP.

Acharya Narendra Dev, CB Gupta, Sampurnanand and other freedom fighters had prepared the ground for the Congress Socialist movement as well, which became a meeting place for like-minded activists. The Socialist Party added to the momentum given by Congress leaders like Jawaharlal Nehru, Lal Bahadur Shastri, Purshottam Lal Tandon, KD Malviya, ZA Ahmad and others to focus on the farmer’s cause in Uttar Pradesh.

UP is home to the very fertile fields of the Indo-Gangetic plains, which have always provided abundant food for everyone, giving the impression that the population here is well fed and therefore politically laid back. However, this is not always true.

Whenever push has come to shove, the people of this culturally lush and politically sensitive area have always stood up to the need of the hour. History has witnessed the anger of the usually easy-going people of UP boil over against the colonial government on several ocassions.

Eastern UP in particular has been politically engaged in some of the biggest battles fought against powers that have tried the patience of common citizens in the past.

The first war of independence was fought by the people of this area in 1857 when Mangal Pandey, the hero who led this war had defied the British. Mangal Pandey belonged to Ballia, which refused to acknowledge colonial authority during the Quit India Movement of 1942. An independent administration was installed and a nationalist government formed under a local Congress Brahmin leader called Chittu Pandey. For that reason the place earned the nickname of baaghi ballia, rebellious Ballia.

Kakori, a small town close to the state capital Lucknow, is famous for the Kakori Conspiracy Case. In August 1925 Indian revolutionaries had stopped a train in Kakori and looted money bags belonging to the treasury. The revolutionaries were looking for funds to finance their activities and to win people’s support against the British.

This was the first incident when British property was looted, and a passenger killed by Indian freedom fighters. The British were surprised at the courage of local freedom fighters, and angry. They retaliated with a witch hunt. Nearly 40 Indian revolutionaries were arrested, and over a trial that lasted for nearly two years Pandit Ram Prasad Bismil, Thakur Roshan Singh, Rajendra Nath Lahiri and Ashfaqullah Khan were found guilty and sentenced to death.

The premises where the trial took place and where the guilty were hanged is now the home of Lucknow’s General Post Office.

After the Congress was founded in 1885, it was supported in large numbers by the people of UP. The enthusiasm of those who followed Mahatma Gandhi’s people’s movement was extraordinary, including their participation in the non-cooperation movement in 1920 and the civil disobedience movement of 1930.

Till the Quit India movement of 1942, eight annual Congress Party sessions were held in UP of which four sessions were hosted in eastern UP. After 1915 Mahatma Gandhi had visited UP many times and frequent visits of other national leaders like Maulana Muhammad Ali Shaukat Ali, Motilal Nehru and Jawaharlal Nehru only helped to further motivate the masses into action during the freedom movement.

UP continues to be a hotbed of politics. The show of solidarity by Priyanka Gandhi and Rahul Gandhi with the families that have lost loved ones to the horrific tragedy in Lakhimpur Kheri last Sunday is no surprise. Their visit to this area bordering Nepal only follows in the footsteps of their elders, and waking themselves up to traditions practised by the Congress since 1885. 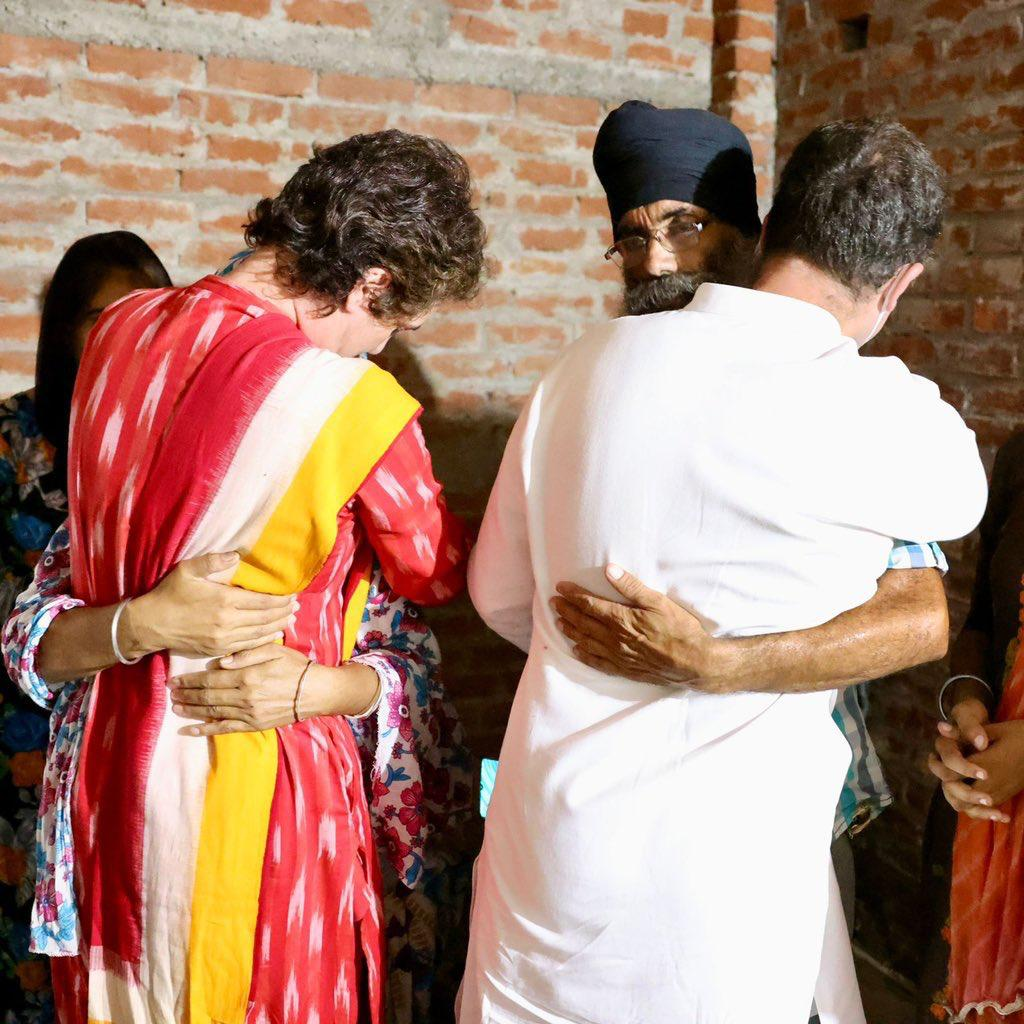