Punjab and its approximate 32% Dalit population, the highest share in any state, have been making the headlines as polls approach, with different political parties trying to garner electoral support among this segment. What makes the whole thing interesting is how the Dalit politics is playing out at various levels in the state.

To begin with, this is the first time that Dalits are the core of the poll narrative in Punjab, with key political players like the Shiromani Akali Dal + Bahujan Samaj Party combine, the Aam Aadmi Party and the Bharatiya Janata Party throwing the gauntlet by promising a deputy chief minister and chief minister from among the Dalits.

But the developments in the governing Congress after the removal of Amarinder Singh actually saw a Dalit in Charanjit Singh Channi being elevated to the post although he was never the first choice. Now the Congress is going to town across the states claiming that it executed what the others were merely talking about.

Observers point out that Channi’s elevation has led to the rising of aspirations among the Dalits but many feel that these expectations are bound to fizzle out pretty soon as there is much distance yet between the cup and the lip.

An expert on Dalit matters Professor Raunki Ram pointed out that it was the BSP patriarch from Punjab Kanshi Ram who had first given rise to the political aspirations among the Dalit. “He was the one who had underlined that the Dalits need to organize themselves into a political force otherwise they would always be taken for a ride. But his idea took roots only in Uttar Pradesh where Mayawati became the chief minister.”

The BSP’s best performance in Punjab was in the 1992 assembly polls where it won nine out of the 105 seats contested and garnered 17.6% of the vote. From then on there has been a constant decline on all the parameters. Many people see them as a compromising force out to extract some share in power, even by aligning with the parties that are ideologically opposed to them.

In present circumstances it is felt that Channi’s elevation has the potential to benefit the Congress, particularly when it comes to the floating Dalit votes. This despite the SAD-BSP combine having already allocated seats to its candidates, said Raunki Ram.

He also pointed to the role that various Deras play in Punjab politics. A large section of Dalits subscribe to these Deras. “The Deras have stepped in to provide basic things like healthcare, education etc. that are actually supposed to be provided by the state.”

The Dera heads are known to indicate to their followers whom to vote for at the time of polling in their respective areas of influence. This is why the top leaders of all the political parties make a beeline to these Deras that are spread across the state.

The Deras have mushroomed in large numbers over the last few decades with various religious sects finding roots in them. It is a well known fact that it is basically the non-upper class and non-Jatts who throng them. One of the reasons people attribute for this is the upper-class domination of the Gurdwaras and other Sikh institutions, with those from marginalized sections denied a role in their management.

Meanwhile sociologist Professor Manjit Singh said, “No matter how Channi became the chief minister, the fact is that Dalits are looking at aspirations of the future. The Congress can benefit provided the state party chief Navjot Singh Sidhu remains silent instead of creating a scene on decisions being taken by the Channi government.”

He underlined that all that the Dalits had got till now was reservation benefits and no upliftment. He also pointed out how it was the BJP that first announced to make a Dalit chief minister by resorting to the politics of ‘religion and caste’ after it was completely sidelined by the ongoing farmers’ agitation against the three farm laws made by the Narendra Modi led BJP government at the Centre.

While it is true that the farmers’ movement has overshadowed every other political narrative in the state as of now, it is also true that Dalits are part and parcel of the movement where they are fighting alongside people from other castes.

“It is but obvious that the movement is led by the powerful Jatts, as they are the people with resources,” explained Manjit Singh.

Kashmir Singh Ghugsore of the Pendu Mazdoor Union goes on to elaborate on the participation of the Dalits in the movement. “The Dalits in the villages know that they will survive only when agriculture survives. They also understand that two of the anti-people agriculture laws impact them most. They know that the law that is feared to lead to hoarding of essential commodities will hit the poor, basically communities like them the most. Secondly, they understand that doing away with government mandis will eventually lead to doing away with public distribution system, which again will put them at the receiving end.”

Ghugsore further said that Dalit industrial workers understand that implementation of the new labour code that calls for 12-hour work shifts will amount to their exploitation and unemployment.

Social activist Tarsem Peter, who contested the last assembly polls as an independent, said that any aspirations of Dalits that have taken flight are likely to get deflated soon.

“Even those Dalits who have risen in the bureaucratic ranks with the help of the reservation benefits extended through the Constitution have ignored the community after reaching the top. It is only after retirement when they look for greener pastures in politics that they start talking about Dalit upliftment. It is all a power game,” he told The Citizen.

He said that Dalits in the Malwa region got a strong message when a group were lathicharged on October 12 while demanding land rights under the banner of Zameen Prapti Sangharsh Committee that is spearheading the movement.

“Similarly the Dalits in the Doaba region are striving for small residential plots from Panchayat lands as land prices have skyrocketed in the region. This is not something that a political party would give them and claim credit for. It is rightfully theirs as per law,” he said.

“The chief minister has been making tall announcements about giving these plots. But where are the Gram Sabhas that are supposed to be held for this purpose. If not delivered these promises are nothing but hogwash.”

“Whatever they announce for the poor, whether it is in terms of waivers or fresh incentives, come with so many riders that the people hardly benefit,” Ghugsore added.

A top functionary of the ZPSC, Mukesh Malaudh told this reporter, “The lathi charge on protestors in the second week has made people realize that only the face of the government has changed and not the attitude. Come to think of it, there were people within the Dalits who tried to dissuade us from holding the protest saying, ‘Our work would be done since our man is on the top.’ This was the first protest where no slogan was raised against the office that Channi represents. We even had to soften our posters saying that the people demanded a mulaqat (meeting) and sought time to air their grievances.”

He further said, “The dilly dallying approach on granting them time angered these very people instantly and the result was a skirmish and a lathi charge. Even we were unable to cool tempers. People remember that this was the same Channi who gheraoed a police station in Bhawanigarh in Sangrur in 2016 along with Dalits when they were lathicharged under the previous SAD-BJP combine government. They have realized that they will have to continue with their struggle.”

Malaudh explained that the Dalits rising up for their land rights over the last few years have made a lot of difference in Punjab. “Previously the political parties could woo them with programmes like atta-dal schemes or promising them a community centre or shed in the name of Dalit leaders. This is no longer the case.”

And it is true that Dalits in Punjab have never voted as a monolith. Their issues and concerns vary from region to region and from community to community within the fold. Some of them, particularly from the Doaba region have done well economically by going abroad. But there is lots that remains to be done in the social domain, as they continue to segregate Gurdwaras and other institutions.

Various studies have been done from time to time to reflect the plight of Dalits in the state. One such study was released by a team led by noted agrarian economist Dr Gian Singh just before the lockdown last year.

It confirmed that despite Punjab having the highest proportion of Dalits in its population, the majority of them continued to be landless. They have mainly been a source of labour along the chain, particularly in the informalised sector. The oppression of Dalit women continues to be the worst since they have to toil in their homes as also in the fields and the households of the wealthy.

The study pointed out that the need for their socio-economic upliftment and for giving them more space in politics has never been acknowledged.

Now with polls round the corner announcements are pouring in from the government end.

During the recent Valmiki Jayanti celebrations, Punjab’s first Dalit chief minister announced that his cabinet had decided to abolish the prevalent system of recruiting Group-D employees through outsourcing - in future such employees would be recruited only on a regularised basis, like the other categories.

Channi also announced that Safai Sewaks would be given a weekly day off, besides being entitled to all gazetted holidays at par with other government employees.

Detailed instructions had been given to all Panchayats to allot 5-marla plots to the homeless people, he said.

He also claimed that the process for waiving outstanding electricity bills up to the load of 2KW of all categories with a financial liability of Rs 1,200 crore had already been started.

How much of this actually gets translated into reality remains to be seen. The government has little time on its hands before the model code of conduct comes into effect. 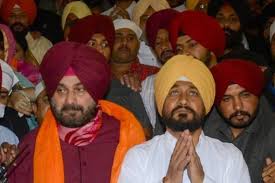