The historic farmers’ movement in India which began on November 26, 2020 at Delhi’s borders along with an all India strike of the working class completes eleven long months. Lakhs of annadaatas of our country have led a peaceful, continuous and resolute struggle and have put themselves through severe hardships during this period.

As the Samyukta Kisan Morcha said, “For many observers, this movement resembles India’s independence struggle against its British colonial rulers and the economic and political repression therein. It also resembles the movement led by Lok Nayak Jayaprakash Narayan against the authoritarian emergency imposed by India’s then PM Indira Gandhi.”

The thoroughly insensitive BJP-RSS government led by Narendra Modi has not only refused to concede the farmers’ rightful demands pertaining to their life and death and their future generations, it has gone out of its way to attack the protesting farmers. This obstinacy of the Modi regime stems from its ‘dalali’ of its crony corporates, symbolized by the Ambanis and the Adanis, to whom it has offered the entire country for sale through privatization.

On October 26, responding to the SKM’s call, protests were organised in hundreds of places all over India to demand the immediate arrest and sacking of Ajay Mishra Teni, the ‘sutradhaar’ of the Lakhimpur Kheri massacre. The protests took various forms including marches, motorcycle rallies, demonstrations, dharnas and so on.

One of the highlights of the farmers’ struggle after the Antim Ardaas of the Lakhimpur Kheri martyrs on October 12 is the numerous SKM-led Shaheed Asthikalash Yatras that are traversing hundreds of kilometers across several states and districts in the entire country, and the massive response from the people that they are eliciting.

Farmers are taking a vow that they will not allow the martyrs’ sacrifice to go in vain, and will carry forward the struggle until all demands are secured. Everywhere that the Shaheed Kalash Yatras travel, the demand for the arrest and sacking of Ajay Mishra from the Union Council of Ministers is getting stronger. The yatras are strengthening the resolve of thousands of participants joining to pay homage, to carry forward the struggle peacefully and strongly as before.

Several such yatras are being held in Uttar Pradesh and Uttarakhand. In Prayagraj district, the ashes of the martyrs were immersed in the Sangam. Yatras traversed through Gorakhpur, Kushinagar, Mathura, Sant Kabir Nagar, Deoria, Pilibhit, Shahjahanpur Muzaffarnagar, Meerut, Sitapur, Kaushambi, Basti, Aligarh and many other districts. In Uttarakhand, the yatras travelled through Vikasnagar, Khatima and Nanakmatta of Udham Singh Nagar.

The yatras in Punjab covered all the districts in all the three regions of Malwa, Majha and Doaba. The response has been huge. These yatras have drawn even urban citizens wherever they travelled, and the demand for justice is getting louder and stronger. One of the yatras is traveling through villages around Chandigarh. In Himachal Pradesh, ashes of the martyrs were immersed in Poanta Sahib at Yamuna Ghat. The Punjab government has issued cheques of 50 lakh rupees each to the kins of the five martyrs of the Lakhimpur Kheri massacre.

In Haryana, the farmers and the people are also coming out in thousands in numerous villages in almost all the districts to pay homage in the yatras. Panipat, Sonepat, Bhiwani, Karnal, Sirsa, Rohtak, Hisar, Jind are some of the districts that have been covered so far. All the freed toll plazas in Haryana, where thousands of farmers assemble every day, are being covered.

In Odisha, after covering a large area, the ashes of the Shaheed Kalash Yatra were immersed in the Daya river, named as the river that changed the heart of Emperor Ashoka. In Madhya Pradesh, yatras are being held in Gwalior and many other places.

In Tamilnadu, the Shaheed Kalash Yatras received tremendous response. One yatra was initiated in Chennai, and in its four day schedule it covered 22 districts including Dindivanam, Villupuram, Salem, Namakkal, Karur, Dindigul, Virudhunagar, Sivagangai, Madurai, Tiruchirapalli, Tanjavur, Tiruvarur and Nagapattinam, before the ashes were immersed at Vedaranyam into the Bay of Bengal.

Maharashtra’s Shaheed Kalash Yatra began in Pune on October 27 from Mahatma Jotirao Phule’s former home and will culminate in a large Kisan Mazdoor Mahapanchayat in Mumbai at the Azad Maidan on November 18. The Hutatma Chowk nearby commemorates 106 martyrs, most of them workers and peasants, of the Samyukta Maharashtra Movement.

In Mumbai it will pay homage to the statue of Chhatrapati Shivaji at Shivaji Park, the Chaitya Bhoomi of Dr Babasaheb Ambedkar and the memorial to martyr Babu Genu, who was crushed to death in Mumbai in 1930 by a British-driven truck because he was protesting against the import of British cloth. This mahapanchayat will be addressed by SKM leaders. The yatra will reach Mumbai after traveling all over the state covering 36 districts.

Meanwhile, in its third hearing of the Lakhimpur Kheri massacre, the Supreme Court pulled up the Uttar Pradesh government yet again. The CJI led bench expressed surprise at the fact that only 23 eyewitness accounts were recorded in the case when thousands were present in the rally. The UP government was asked to identify more eyewitnesses, accord them protection and record their statements. It was also told to expedite the forensic examination, or the court would issue directions to laboratories for the same. The next hearing is on November 8.

Earlier in the second hearing the apex court made adverse remarks about both the UP and Union governments and their agencies’ ability to conduct impartial investigation. The bench led by Chief Justice Ramana said that it did not receive a report on the status of the investigation in time, and that it never asked for such a report to be submitted in a sealed cover - which in itself is a welcome departure from earlier instances.

The bench also remarked that the investigation cannot be an unending story. It asked the UP government to dispel the feeling that it is dragging its feet. It asked pointed questions with regard to witness protection. Asking why the statements of all listed witnesses had not yet been recorded, the court asked why the most vulnerable witnesses who can be browbeaten were not recognised and their statements recorded. The UP government had to commit to the protection of witnesses.

In this context, the SKM raised once again the issue about the lack of recording of eyewitness statements, and the intimidation that they would be under, which is reflected in the UP government’s status report also. A fair investigation into this matter and securing justice is not possible with Ajay Mishra Teni continuing as Union Minister - the SKM once again demanded speedy justice and said this is possible only if Ajay Mishra Teni is sacked and arrested.

Ashok Dhawale is president of the All India Kisan Sabha. 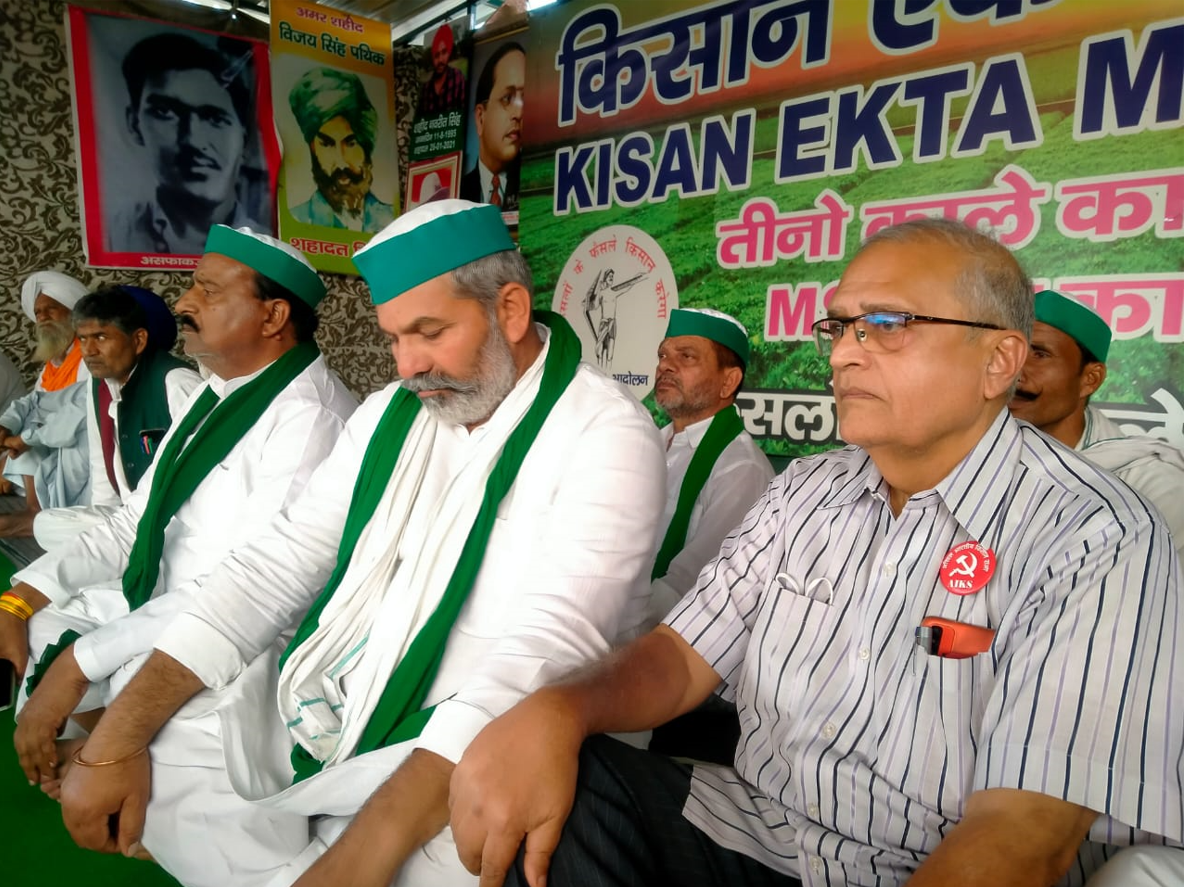