Parliament, when in session, really became the hub of Indian democracy, Apart from the proceedings within the Lok Sabha and Rajya Sabha which have both seen some historic moments and great debates, the corridors of Lutyen's beautiful building were always buzzing with activity.

Journalists covering politics found sessions to be particularly lucrative as they were able to renew contact with political leaders, make new contact, partake of press conferences, participate or witness interesting political discussions -- all adding to political knowledge and understanding.

So it is sad times indeed when this access is taken away bit by bit, to a point where entry into Parliament itself has become very difficult. If not impossible. Since 2019 in particular the process of what journalists now openly refer to as ‘censorship’ has accelerated with various excuses such as the pandemic being used to deny journalists access to Parliament while it is in session.

Passes to the central hall have been cancelled and entry limited to a very few. Some scribes have been told they are too old, but as one of them pointed out by the time a journalist is eligible for a central hall pass he or she is perforce old. As he or she has to go through years covering the state legislature, then covering Parliament and then finally if fortunate enough a central hall pass. Scribes always find this very useful not for breaking stories as it were, but for the opportunity to interact with India’s top law makers and listen to interesting discussions within.

For a year or more the pandemic has been used to regulate media entry into Parliament, with many being deprived of their passes. But even while schools are reopening, markets and malls are flourishing, festivals and weddings being celebrated with full ardour, the journalists wanting to cover Parliament still remain under Covid restrictions.

Journalists are not allowed into the media galleries of both houses, and now even entry into the premises has been restricted to two days a week. This rationing is simply not acceptable with journalists now planning to march to Parliament on December 2.

Interestingly, journalists' issues were handled in Parliament by a media advisory committee. This was last appointed by former Speaker Sumitra Mahajan in 2014 but continued to function till 2019, two years in excess of the permissible two year term. But since then there is no committee, and even the old one has not met with decisions being taken by babus in Parliament. The journalists over the past two years have become distinctly passe.

Protests including a letter to the chairpersons of both Houses have fallen on deaf ears. Opposition leaders have taken it up but then no one in government seems to be listening to them either. In the process free and independent journalism has taken a big hit, with passes being controlled, and entry totally restricted.

This will hurt Indian democracy. 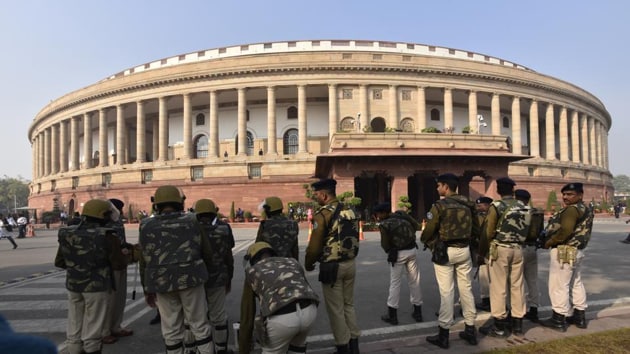