West Bengal Chief Minister Mamata Banerjee’s hectic political activity in recent days has given rise to speculation that she is positioning herself for the top Prime Ministers post as and when general elections are held. And given the state of the opposition everyone knows that it will need some work by anyone with ambitions to climb to the top, at least as a clear cut candidate supported by most of the regional parties.

However, in doing so she seems to be cutting into the semblance of unity with the Congress firing potshots at her as she meets everyone from Pawar to Adani. And even Prime Minister Narendra Modi.

The Congress insists she is working with the BJP; Banerjee is adamant that the Congress cannot claim top shot position any longer; and in the seeming mess the regional parties are watching and not committing. Not even Pawar who many see as the hand behind Mamata Banerjee being close to business houses who some insist are keen for a change.

In the process Banerjee is contesting Assembly elections next year in the hope perhaps of extending the reach of the Trinamool Congress into the national party domain. In Uttar Pradesh though the major players – BJP and Samajwadi party — do not seem to be unduly concerned with both rallying their vote banks through a stepped up campaign. The Congress party remains behind in UP despite Priyanka Gandhi’s recent campaign, with Lucknow of the view - at least at this moment– that the contest in the state will be between the Samajwadi Party and the BJP.

But to get back to the national stage. It does seem that Banerjee is unduly influenced by so called strategist Prashant Kishore who has joined the rank of Congress baiters after his deal with the party or rather the Family fell through. And if he is indeed advising her, as his tweets seem to indicate, then he appears more like the proverbial woman scorned than she as the hunting down of Congress leaders in different states to join the TMC does seem to have acquired an angry and almost desperate hue.

Of course the Congress has done little for opposition unity, and cannot hope for the adulation in its fading glory. It opposed and fought Mamate Banerjee in the recent elections in West Bengal that were bitter and extremely tough for the TMC. At a time when the BJP was panting and puffing over Banerjee’s shoulder, the Congress decided to make it tougher for her by allying with the Left and dividing the votes. That she won goes to her grit and determination, with TMC leaders openly alleging that the Congress was working for her defeat.

In Uttar Pradesh too, the SP and Rashtriya Lok Dal have come together and decided to keep the Congress at bay. Akhilesh Yadav has been of the view that the party lost the UP polls when it allied with the Congress for two reasons - one, the party brought nothing to the elections in terms of vote banks and organisation; and two, it demanded and got far more seats than it was in a position to win. This time too the Congress made it clear that it was not looking for allies, and has been amongst the first to announce that it will be contesting all the Assembly seats in UP. And that it is targeting SP is clear from statements, and also the fact that Priyanka Gandhi went out of her way to meet Jayanat Choudhary of the RLD leading to speculation that he might desert Akhilesh Yadav and ally with her. That has not happened and the opposition alliance in UP, at least of the regional parties that matter, remains intact.

So the ‘Mamata is with the BJP’ taunts from Congress leaders ring hollow. But opposition leaders expect Banerjee not to follow Prashant Kishore’s lead as he seems to have acquired petty axes to grind, and will work out a stable and solid Opposition alliance. The manner in which she has been rushing from state to state, individual to individual seems to suggest otherwise with the BJP of course gaining currently from her political excitement. It adds to a perception of flightiness when her handshakes include persons who have never seen eye to eye with each other, as well as top money bags close to the ruling dispensation in Delhi.

There is no reason why Banerjee cannot throw her hat into the prime ministerial ring. The pros are many - she is a fighter, she has proven to be a good leader and administrator, she is a woman, she has made it on her own without godfathers or privileged family, and she is street smart. The con is actually one but in India perhaps the most crippling - she is not fluent in Hindi and will be seen as an outsider in the belt that still influences the outcome of a Lok Sabha poll. But perhaps she will be able to add to her many firsts, by being the first to overcome this ridiculous ‘handicap’.

The Congress party has lost the trust and faith of the regional parties. The DMK and the NCP and the RJD that have remained fairly steadfast in the UPA alliance and supportive of the Family will be happy to join a National Front kind of alliance, without the Congress.

Of course, it is all too early yet but then either Banerjee or someone else has thrown her into the ring for the big stakes on the eve of crucial Assembly elections. This in itself is a major step that might boomerang for the regional parties or bring new players into the PM akhara. Such as Akhilesh Yadav. 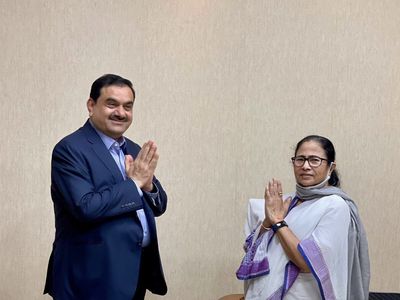