Karnataka’s Draconian Bill - Will It Get Through the Upper House and the Courts?

Against vociferous protests from the opposition Congress Party and the Janata Dal (Secular), the Lower House of the Karnataka State Assembly on Thursday passed the controversial “Protection of the Right to Freedom of Religion Bill 2021” aka “Anti-conversion Bill.”

Apart from making conversion difficult, the bill also renders inter-faith marriages very difficult, if not impossible. Both religious conversions and inter-faith marriages have been virtually criminalized. That it is a Hindutva agenda is clear from the fact that while conversion from Hinduism to Islam or Christianity is challenged, conversion to Hinduism from Islam or Christianity is not. That latter is deemed “Ghar Wapsi” and welcomed.

However, the bill has hurdles to cross. It might not get through the Upper House of the Karnataka Assembly where the ruling Bharatiya Janata Party (BJP) does not have a majority. If the Congress and Janata Dal Secular stand together, the bill could be scuttled. Further, if the bill is taken to the courts as a violation of the constitutional right to freedom of religion, it could be struck down. Previously, the Karnataka and Gujarat High Courts and the Supreme Court had upheld the freedom of religion enshrined in the constitution.

The bill is blatantly draconian. It claims that it is only banning religious conversion or inter-faith marriages brought about by “allurement”. But “allurement” includes virtually everything viz., “any gift, gratification, easy money or material benefit either in cash or kind; employment, free education in school or college run by any religious body, promise to marry, a better lifestyle or divine displeasure.”

The bill makes it mandatory for one who desires to convert to give a declaration, 30 days in advance to a District Magistrate. The Magistrate would then conduct an inquiry within 30 days to find out if any objections have been received. A declaration needs to be made by the converted person within 30 days from the date of conversion. The Magistrate will call for objections. The converted person shall then appear before the Magistrate 21 days after conversion to establish his identity and confirm the contents in his declaration.

Importantly, the proposed law places the 'Burden of Proof' regarding lawful conversion on the person who has caused the conversion and where such conversion has been facilitated by any person.

Complaints against a conversion or an inter-faith marriage can be filed by any person related to the person getting converted or married. Anyone found guilty under this law will be charged with a cognizable and non-bailable offence. If minors, women and persons from the Dalit and tribal communities are involved, a jail term of three to ten years and a fine of Rs. 50,000 has been proposed.

The courts have so far been fair in their rulings and observations in this regard. On December 4, 2020 Indian Express reported that a bench of the Karnataka High Court had ruled that an adult’s right to marry a person of his or her choice is a “fundamental right” that cannot be denied on the basis of caste or religion by anybody. The bench comprising Justices S Sujatha and Sachin Shankar Magadum made the observation in a habeas corpus plea filed by a 25-year-old software engineer, Wajeed Khan, over the refusal of the parents of a work colleague to acknowledge their interfaith marriage.

“It is well settled that a right of any major individual to marry the person of his or her choice is a fundamental right enshrined in the Constitution of India and the said liberty regarding the personal relationships of two individuals cannot be encroached by anybody irrespective of caste or religion,” the bench said in its November 27 order.

A division bench of the Allahabad High Court had ruled in the case of a Muslim-Hindu couple, Salamat Ansari and Priyanka Khanwar alias Alia, that the “right to live with a person of his/her choice irrespective of religion professed by them, is intrinsic to right to life and personal liberty”. The Gujarat High Court had declared that the provisions of the anti-conversion law will not apply to parties entering into an inter-faith marriage on the basis of free consent.

A report in India Today dared February 9, 2021 quoted the Supreme Court as saying that it was time society learned to accept inter-caste, inter-faith marriages. The Court made the observation while hearing a case of an inter-caste marriage from Karnataka. It said that adults have the right to choose their life partner. "Educated young boys and girls are increasingly choosing their life partner on their own. It might be viewed as a deviation by the society and parents, but the police are duty bound to keep such couples out of harm's way if there is no violation of the law”, the Court said.

The bill passed by the Karnataka Assembly on Thursday will not only criminalize conversion and infringe the constitutional right to practice and propagate any religion, it will also inhibit Christian institutions from establishing and running educational institutions or charities or doing any social service for that matter. Even these activities could be deemed to be allurement for conversion.

Anyone can lodge a complaint with the police saying that poor children who are being given education free, are being converted. And the police could promptly arrest the priest or Principal concerned. An aggrieved parent or any disgruntled person could level charges of conversion only to harass the school or the institution concerned.

“If you look at the 2011 census and compare it with today, the Christian population has diminished from 2.34% to 2.3%. Harmless communities are being targeted by the ruling party,” the Congress party’s Brijesh Kalappa is quoted as saying.

The Karnataka government has decided to follow in the footsteps of Uttar Pradesh, Himachal Pradesh and Madhya Pradesh, which have enacted such laws with an eye on the 2023 Assembly polls. In 2023 the BJP is likely to face tough competition from the secular Congress and the Janata Dal (Secular) I Karnataka. Through measures like the anti-conversion and anti-interfaith marriage bill, the BJP is hoping to increase its appeal among hardline Hindus. 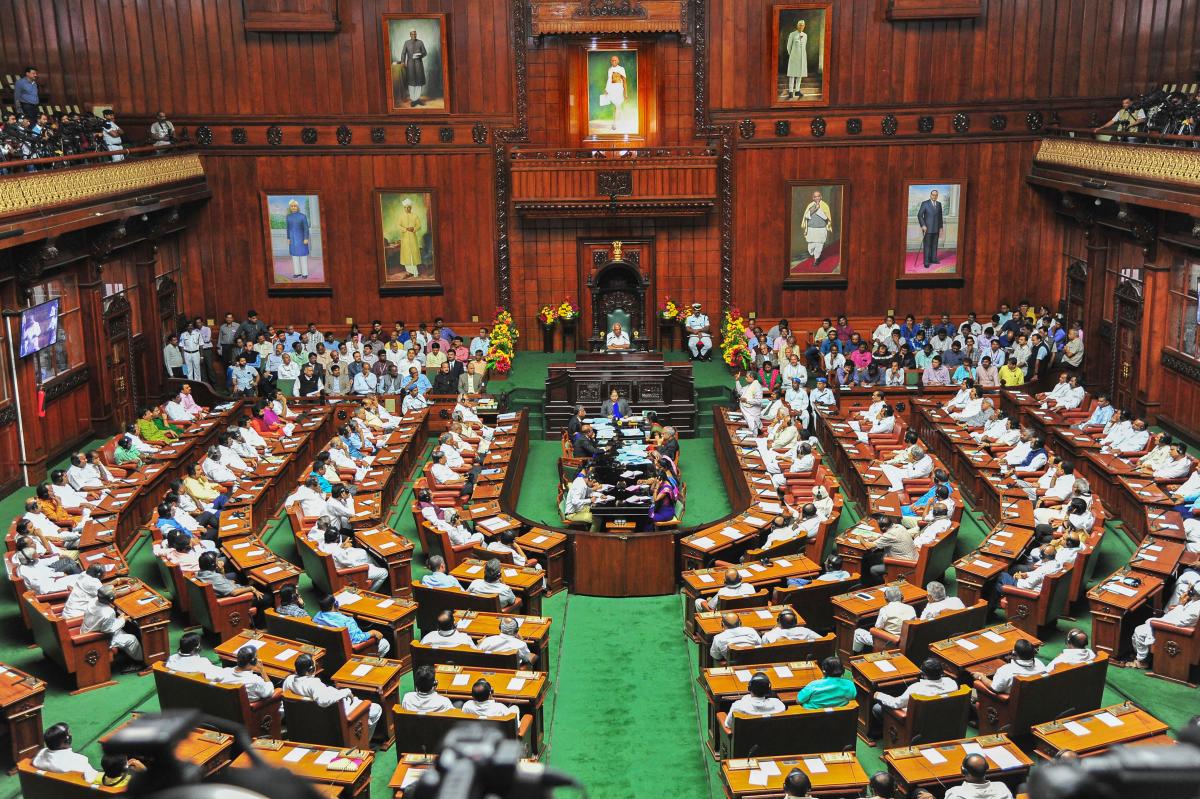