Kandhu vatti is a prevalent and illegal practice in the state

CHENNAI: Kasturi Karuppusamy, a domestic help, fell into a debt-trap with a loan of Rs. 5 lakh, on account of her daughter’s wedding held during the pandemic.

“The groom’s side demanded a wedding that amounted to Rs. 5 lakh and we had to give them what they wanted, as Priya is our only daughter,” said Kasturi, a resident of Chennai.

She had borrowed money from a loan shark on kandhu vatti (usury interest) of 60 percent per year and 5 percent per month, which amounts to Rs. 25,000 per month.

Loan sharks in the state continue to charge interest rates higher than allowed in law. According to section 7 of the Money-Lenders Act, money-lenders are prohibited from charging an interest higher than 12 percent per annum.

Her husband being the head of a union at the Municipal Corporation, Nungambakkam; one of her sons having finished his graduation and another, his polytechnic; Kasturi hoped she would be able to repay the amount.

However, she said, due to the pandemic, Kasturi herself lost her job and her sons could not get jobs. Her total family income became the total income of her husband, Karuppusamy — Rs. 25,000 per month.

In addition to this, Kasturi said she had borrowed another lakh for the delivery of Priya’s child. “The lenders took my plight and desperation for granted and increased the vatti to 80 percent,” said Kasturi. She said she has been able to repay the interest of Rs. 25,000 every month but is struggling to pay for her daily expenses.

“The money is instant and doesn’t require us to submit documents, so kandhu vatti is preferred by most,” she says. The documents required for a personal bank loan essentially include identity proof, address proof, bank statements of the previous three months and the latest salary slip, which most people belonging to the distressed groups do not have access to.

“There is no guarantee that people would repay the money,” said a loan shark from Chennai, who declined to be named. “This business essentially runs on faith, eventually leading to people borrowing money beyond their repaying capacity.” 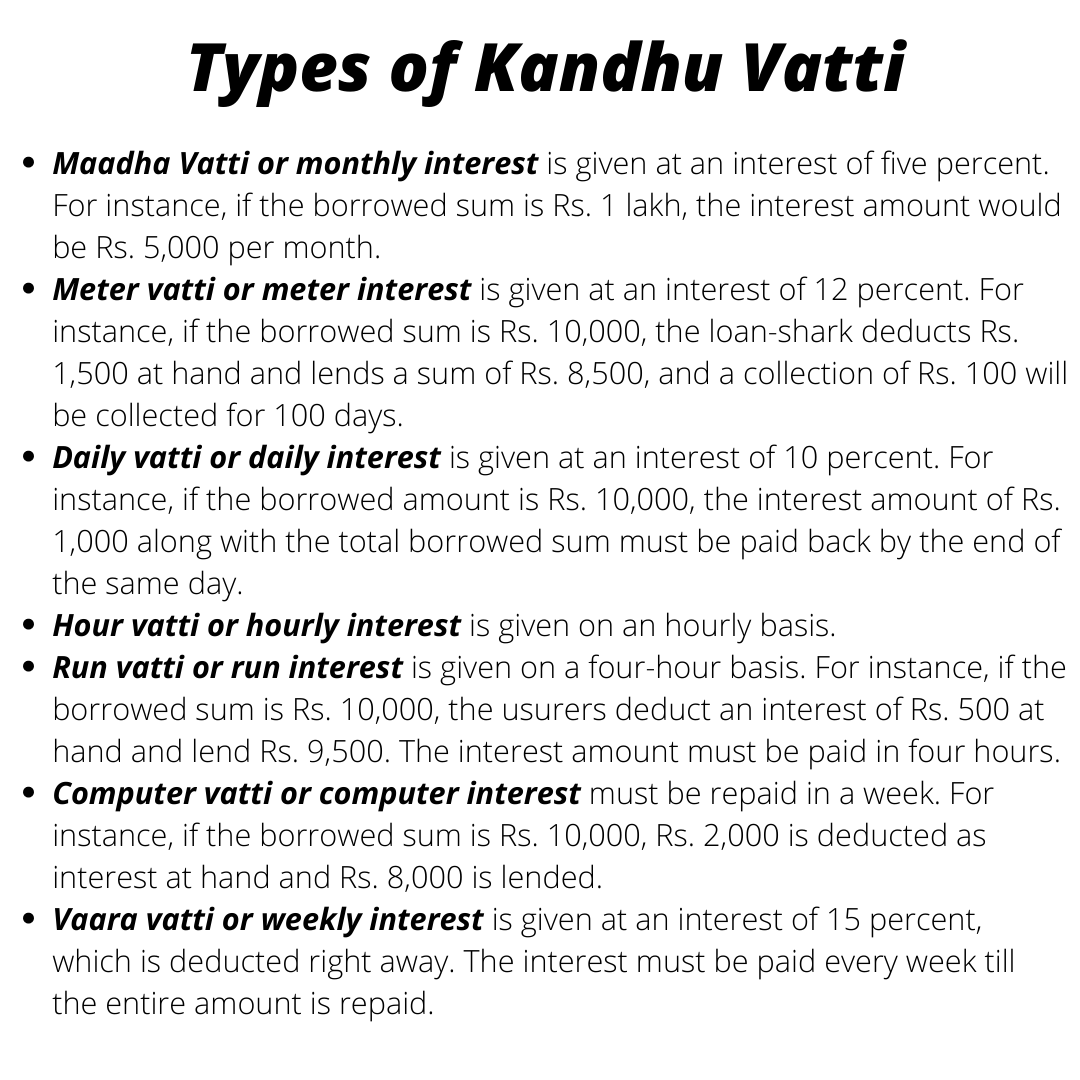 There have been several reports covered by the media, in which the borrowers were subjected to death threats, harassment, shaming leading some debtors to even take their own lives, as well as the lives of their family members. In the year 2017, Esakkimuthu, a labourer, set himself and his family on fire inside the collectorate, succumbing to the pressure of his loan shark, Muthulakshmi, who demanded twice the amount she had lent him.

In response to such issues in the past, the government in power at that time – AIADMK – requested the debtors to approach the District Collectors and police officers. However, according to reports, no action was taken.

According to reports filed by the media, Muthulakshmi was said to have close-contact with the retired sub-inspector, who was believed to have influenced the police to not take any action against her.

Kandhu vatti, however, is a double-edged sword. There have been reports of the loan sharks being murdered by the debtors for being abusive towards them. “The borrowers can easily get away with not repaying the money,” said the loan shark, when asked about the challenges faced by him. “We are required to chase them down and demand to be repaid with interest.”

Despite the financial literacy rate of Tamil Nadu being the second highest in India with 26 percent, around 14.5 percent of the population do not have access to formalised banking. Financial literacy in Tamil Nadu is 46 percent which is more than that of India, yet usury is majorly prevalent in the state.

IDFC, a Microfinance Institution operating in Tamil Nadu, offered Kasturi a loan of Rs. 30,000 with an interest of 10.99 percent and a loan processing fee of 2.5 percent. However, Kasturi required a minimum of Rs. 5 lakh for the wedding. “I had no other choice but to turn to loan sharks,” she said.

Microfinance institutions are RBI-approved formal banking institutions that help people with a loan of less than 1 lakh, with an interest less than 10 percent. These institutions offer money and assistance to urgent family needs, despite the fact that these borrowers do not offer a solid guarantee of repayment of money.

“People who approach loan sharks are uneducated who can’t sign their own signatures. They borrow an amount, usually, not more than Rs. 10,000,” said the loan shark. 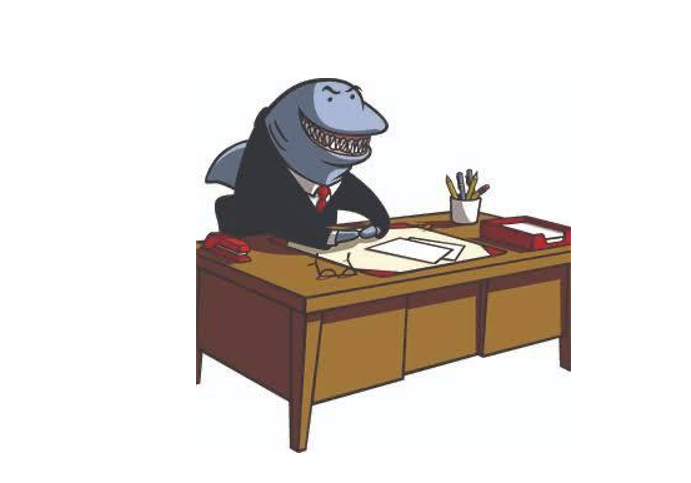