Uttarakhand: 'It Has Been a Mess All Along'

State of many ironies

Uttarakhand, one of the youngest states of the Indian Union, has been in a political mess right from the day of its inception. Ahead of another assembly election, the state stands out as a case study reflecting what has gone wrong with the Indian polity.

Overambitious and petty politicians with scarce respect for ethics, a bureaucracy calling the shots, and the people’s issues remaining where they were before the state was carved out of Uttar Pradesh make one wonder why the purpose for which Uttarakhand was carved out along with Jharkhand and Chhattisgarh stands defeated even after two decades.

The state has become synonymous with political instability and a journey into its political past makes interesting reading on account of the quirkiness that has almost become a norm.

Come to think of it, Uttarakhand has witnessed eleven changes at the level of chief minister with ten leaders adorning the chair in the 21 years of its existence. Only one chief minister, Narayan Dutt Tewari of the Congress has the distinction of completing a full five year term in office.

The day when the first chief minister, Nityanand Swami of the interim government was taking oath as leader of a house comprising 27 legislators, who represented constituencies carved out of undivided Uttar Pradesh, leaders of Swami’s own Bharatiya Janata Party Ramesh Pokhriyal Nishank and Bhagat Singh Koshiyari were busy opposing him. Both of them later went on to become the chief ministers of the state.

Another irony was that Tewari, who became the first elected chief minister of the state, was known for opposing the creation of Uttarakhand as a leader in undivided Uttar Pradesh.

Indeed Uttarakhand is a state where erstwhile and sitting chief ministers are known to have bitten the dust in assembly polls. Just a few months ahead of the first assembly polls in 2002, Swami who was a seasoned RSS leader was replaced with Koshiyari. He went on to lose from the Laxman Chowk seat in Dehradun while Koshiyari retained his seat from Kapkot.

The story repeated itself in 2012, when the sitting chief minister Major General (Retired) Bhuwan Chandra Khanduri lost from Kotdwar. This was another ironical result as Khanduri had been brought back as chief minister having earlier resigned after a whitewash at the hands of the Congress in the 2009 parliamentary polls and being replaced by Nishank.

The BJP’s catchline for the polls was ‘Khanduri hai Zaruri’, and it was his loss that resulted in the Congress having a one seat advantage over the saffron party and achieving a simple majority in the 70 member house. Khanduri’s return as the BJP’s chief minister after a disastrous Nishank regime did help his party get into a neck and neck fight with the Congress but his own defeat made a lot of difference.

In 2017 it was the turn of the Congress Chief Minister Harish Rawat to bite the dust, in both the Haridwar (Rural) and Kitcha constituencies from where he had contested.

The state has also witnessed political opportunism at its worst with partymen frequently switching sides, and this continues for the forthcoming polls as well as demonstrated by the return of politicians like Yash Pal Arya, his son Sanjeev Arya and Harak Singh Rawat to the Congress fold.

Another glaring irony in the state over the last two decades has been the drastic decline in the political fortunes of its lone regional force, the Uttarakhand Kranti Dal. This was the party that spearheaded the agitation for the creation of Uttarakhand and raised regional aspirations in the masses. In the mid-nineties when the agitation for the creation of the hill state was at its peak, nobody would have disputed the UKD coming to power in the state at some point of time. But the myopic vision of many of its over-ambitious leaders led to the party fast losing ground to the two main national forces and also facing splits.

Now the UKD is once again fighting for survival and its best bet is in the Dwarahat seat where Pushpesh Tripathi is the party candidate. One of the topmost leaders Kashi Singh Airy is not even in the fray this time.

Another irony that stands out is that although the majority of its districts are geographically in the hills, Uttarakhand can no longer be called a hill state politically, as the majority of the seats are now in the plain areas of Haridwar, Dehradun and Udham Singh Nagar.

Demographic changes witnessed in the state because of the people migrating from the hills to the plains have resulted in this phenomenon.

In fact, migration from the hills has emerged as a very important issue which comes up in the election narrative but there have been very little serious attempts to address it by various governments.

In the preface of the ‘Interim Report on the Status of Migration in Gram Panchayats of Uttarakhand’ released in April 2018 it was stated:

“The problem of migration from the rural areas of the state is posing multiple challenges due to economic disparities; declining agriculture; low rural incomes and a stressed rural economy. It is in this background that the Uttarakhand government decided to set up a commission to assess the quantum and extent of out-migration from different rural areas of the state; evolve a vision for the focused development of the rural areas of the state, that would help in mitigating out-migration and promote welfare and prosperity of the rural population; advise the government on multi-sectoral development at the grassroots level which would aggregate at the district and state levels; submit recommendations on those sections of the population of the state that is at risk of not adequately benefiting from economic progress and to recommend and monitor focused initiatives in sectors that would help in multi-sectoral development of rural areas and thus help in mitigating the problem of out-migration.”

What the state has witnessed is village after village being abandoned as residents move out in search of employment and livelihood. The inability of the people to get proper education, health and other basic facilities like transport along with poor road connectivity are other factors responsible for the people abandoning their villages.

In several villages there are only the elderly who continue to live there and this points to the collective failure of successive governments. The phenomenon has serious security implications as well, as villages along the border with Tibet witnessing emigration has its own implications in terms of intelligence and logistical support to the defence establishment.

Yet another factor that has contributed to the political mess in the state is the several fault lines that continue to exist. Uttarakhand has emerged as a unit of conflicts. The foremost is the regional divide of Kumaon and Garhwal that often gets reflected in various narratives. The next is the hill–plain divide as many feel that the very purpose of creating a hill state to meet the aspirations of the people from the hills stands defeated. But at the same time it is the districts of the plains that have been the main source of revenue in the state. Then of course are the communal and caste fractions, with Thakur and Brahmin rivalry at the helm.

Amidst all this stands out the case of the state failing to have a permanent capital till date. While Dehradun remains the administrative hub, its status remains that of a temporary capital. While the summer assembly sessions are being held at Gairsain and it has been declared the summer capital, the issue of a permanent capital remains unresolved.

All this left the people desolate, disillusioned and with a feeling of being cheated. So what explains the frustration of the people at not getting the ‘ideal state’ or the ‘state of their dreams’ which are terms one gets to hear in discussions even now?

It was on the sidelines of one such discussion in 2010 that Girish Tewari ‘Girda’, the iconic people’s poet who had played a major role in the agitation for statehood of Uttarakhand had made some interesting observations to this reporter.

“The state was carved out in haste. The situation was such that neither the receivers of statehood nor those giving the statehood of Uttarakhand were prepared with a future road map. In fact, the creation of all three states of Jharkhand, Chhattisgarh and Uttarakhand was a result of a political conspiracy that was going on across the nation at that point of time,” Tewari had said.

“No one has the guts even to say that Dehradun will remain the permanent capital. The state was made not for those living in palatial houses or for those owning vast tracts of land. Instead, it was made with the notion that the chief ministers would regularly move in rural areas and the public representatives would address the grievances of a common person. But what we have got is useless talk. I want to ask those enjoying power where were you when the struggle for statehood was on and where are you now? Those who were not to be seen anywhere at that time are now enjoying the fruits,” he had confided.

One of the common refrains that can be heard across the state is that the people were better off as part of undivided Uttar Pradesh. The people are so disgusted with the treatment meted out to them by the officialdom and the rampant corruption that they say that in the olden days although they had to grease palms in Lucknow to get their work done, the officials would give them priority saying they had come from the hills and would want to return at the earliest. Their complaint now is that despite greasing palms their works are still not done by corrupt officials.

“Despite coming out of Uttar Pradesh that is known as a cradle of Indian politics, Uttarakhand did not get the politicians one found in its mother state. The Ram Mandir movement of late eighties and early nineties saw emergence of petty politicians in the right wing. When the state was carved out many corrupt bureaucrats opted for the Uttarakhand cadre that offered quick promotions and rise up the hierarchy.

Many officials at the lower levels who belonged to the districts of this new state chose to return but never worked for its people. There was a rise of a political class that had no understanding of administrations and these were repeatedly misled by the bureaucrats who became all the stronger during this period.”

He added, “The state along its journey lost its direction as there was no clarity and vision on what Uttarakhand was destined to be. Someone wanted to make it a tourism state while another wanted to make it a sugarcane state or energy state or wildlife destination. It has been a mess all along.” 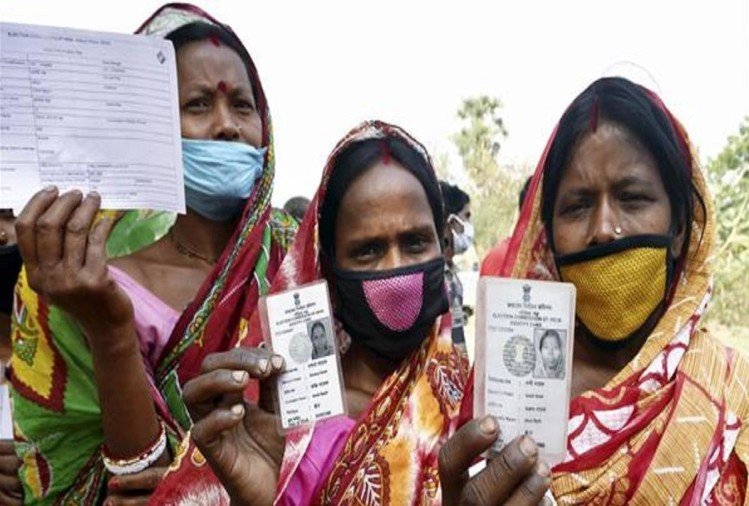