“We, the citizens of secular and democratic India, are shocked to witness the moves of the state governments ruled by the BJP and other political parties, targeting Christians, Muslims, Dalits, Adivasis and Hindu women using Anti-Conversion Laws in India.

Hindutva elements in various parties, and specially those evolving from the Rashtriya Swayamsewak Sangh and the Hindu Mahasabha, successfully lobbied hard to enact the first Anti-Conversion Law in Odisha in 1967, followed by nine other states in India.

These include Madhya Pradesh, Chhattisgarh, Jharkhand, Gujarat, Rajasthan, Uttarakhand, Himachal Pradesh, and Arunachal Pradesh. In Tamil Nadu, the then All India Anna DMK party chief J. Jayalalitha enacted such a law, but withdrew it following a strong protest in the state.

Wherever the Anti-Conversion Law, ironically called the Freedom of Religion Act, was passed, it became a justification for the persecution of the minorities and other marginalized identities. The attacks on these minorities grew sharply in recent years since this law was tweaked and used as a weapon targeting the dignity of Christians and Muslims.

The latest debate on Anti-Conversion Law is in the state of Karnataka today, where resistance is building up to ensure that the Bill passed by the Legislative Assembly, does not become law.

For the Hindutva forces, the Anti-Conversion Law is a path towards establishing a Hindu Rashtra [Hindu State] in India which would disenfranchise Muslims and Christians, converting the democratic secular republic into a theocratic and xenophobic state.

It is not just Muslims and Christians, the primary targets – this law has existential implications for Dalits, Adivasis, and some sections of the Hindu community. It also targets women’s sexual and social freedom.

Any Dalit who chooses to convert to Christianity or Islam loses the constitutional provisions of reservations in government employment and in educational institutions. More critically, they also lose the protection of the Anti-Untouchability laws. However the current laws all accept conversions to Sikhism, Buddhism or Jainism, as legitimate and with continuing benefits of reservations which they had under the Hindu faith.

Anyone who does choose to join a new religion is now required to prove that he or she was not converted by force, or coercion, inducement or allurement.

These laws are far more draconian than they look at first sight. They target Christianity and Islam. They encourage a return to Hinduism. But at the grassroots, they put coercive pressure on Dalits and Adivasis to not profess Christianity or Islam.

Coercion and blackmail are implicit in the notorious Article 341 Part 3, which is immediately evoked to take away their rights of reservation and protection. In effect, a Dalit forced by the State to remain in Hinduism.

For Islam and Christianity, it means that while they can personally profess their religion, they no longer have the right to propagate their faith. This goes against Article 25 in the Constitution of India which says people have “freedom of conscience and free profession, practice and propagation of religion”.

Not only does it discriminate against the Christian and Islamic religions, it undermines the secular foundations of the Constitution which treats all religions equally.

Since 2019 this notorious law has also targeted women, taking away their agency in the most personal of issues of their sexuality, and criminalising their choice of a Muslim or Christian as a life partner. Women now require government approval to marry a Muslim or a Christian. It exposes women to physical harm and social disgrace as even distant relatives can move the law against an intended inter-faith marriage. The man she chose will be arrested for a non-bailable offence.

In Uttar Pradesh and Madhya Pradesh, the law is being used to prevent interfaith couples from getting married. Hindutva forces are using this law to target the Muslims, rousing communal and sectarian passions against what politician have called ‘Love Jihad’…

Till recent months when it was used in several states against Muslim men, the law was used just for harassing Christian pastors and teachers or principals of academic institutions. Arrests were few and far between. State governments have not been able to adduce any data or evidence to justify the laws.

The core, and patronising, argument that underpins all such laws is that the Dalit or the poor has no agency and no understanding, in matters of religion. Yet in all other matters including the right to vote and choose their political representatives to local governments and to Parliament, they are deemed to be of sound mind and judgement.

This is highly insulting to the intellect and wisdom of India’s Dalits and its poor who have been kept suppressed by social force under the caste system and implemented by threats of force or threat of punishment.

The Indian Penal Code has all too many provisions to address crimes of cheating, bribing and issues such as attempts to disrupt harmony between communities, or creating ill-will among various sections of society.

Further top jurists of the country have held this law to be totally in violation of the right to profess, practice and propagate one’s faith. Babasaheb Ambedkar, who chaired the Drafting Committee of the Constitution in the Constituent Assembly, and several subcommittees which discussed issues of the rights of citizens, discussed these issues threadbare before putting them in the statutes.

The Indian Constitution provides six broader fundamental rights. Everyone is equal and has equal rights and freedom without discrimination before the law (Art 14-18) & (Art 19-22). The State provides freedom of conscience and right to profess, practice and propagate religion (Art 25-28) as well as cultural and educational rights for the religious minorities (Art 29-30). It is a right to equality, freedom, and non-discrimination for every citizen.

Besides these rights, the anti-conversion laws violate international covenants and instruments where India is a signatory. Articles 1, 18 and 19 of the Universal Declaration of Human Rights, Articles 18 and 19 of the International Covenant on Civil and Political Rights, and Articles 2 and 3 of the UN Declaration on Elimination of All Forms of Intolerance and of Discrimination Based on Religion or Belief spell this out clearly and categorically.

For the people of India, the anti-conversion laws discriminate against Christianity and Islam against all other religions, creating an environment of exclusion, hospitality and encouraging targeted hate and physical violence against persons and institutions.

We, from the National Solidarity Forum, are convinced that such discriminatory laws should have no space in a democratic society like India.

We realize the need for larger involvement of all secular and democratic people to support the campaign for the withdrawal of such laws.

And, therefore, we appeal to all those who respect human rights, dignity, peace, harmony, and justice to endorse this statement against the Anti-Conversion Laws in India.

Together, let us join hands to defend the values enshrined in the Indian Constitution and protection of human rights of the minorities and other marginalized sections in India.

(The National Solidarity Forum, a network which emerged soon after Kandhamal genocide, has been active during the last 13 years. Many actions followed with the initiative of this forum, with a primary objective to maintain justice, peace and harmony and to protect the Indian Constitution and secular/democratic values.)” 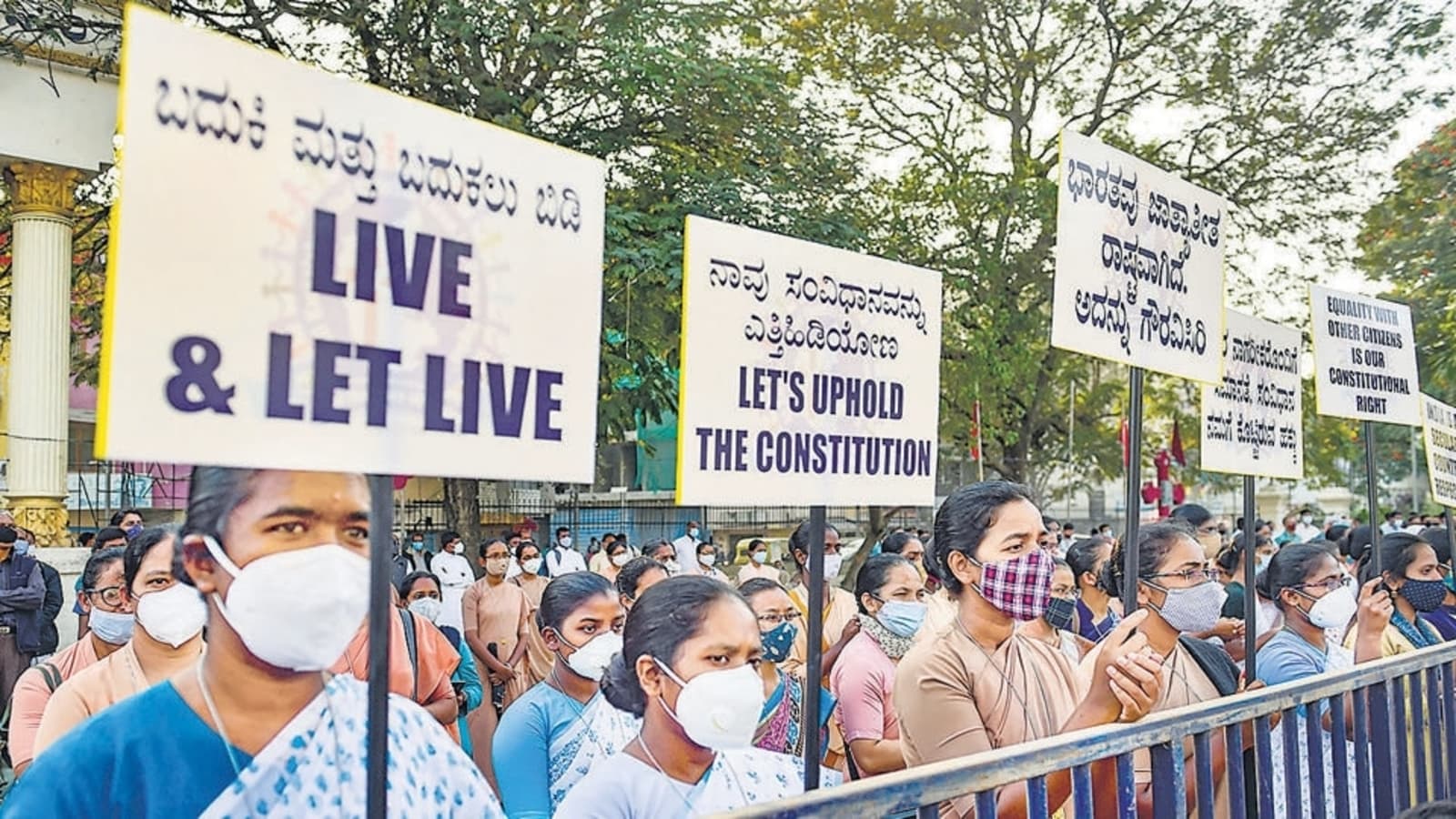