A state born out of public agitations

They say public memory is short in India. What could be more convenient for the politicians? Or the Chamoli disaster in which dozens of people were killed and over 200 more went missing would have found a place in the poll narrative in Uttarakhand, where campaigning is at its peak as February 7 marked the first anniversary of the man made tragedy.

In this ecologically fragile state, other important issues that center on the people and their livelihood concerns have once again been airbrushed from the election narratives of the key contesting parties, as in every election in Uttarakhand since 2002. Instead it is communal discourse that is dominating the campaigns.

This leads to several questions as elections have become the rare occasion when people’s issues can be revisited. Otherwise no one bothers about them except for concerned citizens and civil society.

Does the purpose of carving out a state to meet the aspirations of the people living in remote hill areas stand defeated? Is there any hope of a reversal of the deterioration being kicked into place? All this leads to interesting perspectives when one tries to understand what has gone wrong.

Indresh Maikhuri, a popular social activist contesting from the Karnprayag seat in Garhwal for the CPI(ML) points out, “What can you expect when the first response of the top functionaries after the Chamoli disaster was that such instances cannot be allowed to become a propaganda tool against the ‘development’ in the state? This shows the concern for public life and safety.”

Uttarakhand is a state that was born out of public agitations and it is also the state that set an example for the world in curbing ecological destruction in the form of Chipko movement of the 1970s, when its people, especially women embraced trees to protect them from being slain for the commercial gains of big entities while locals were denied even their traditional forest rights.

“It is a sad reality that in present context environment will never become a poll issue. The model that has come in the state is that in the absence of employment avenues in the hills, small time politicians lure the youth. Once these politicians rise to public offices they offer contracts for executing projects related to building dams, chopping trees, building roads and buildings to their followers and small time employment to the locals. These are the sectors where money is to be made in the hills as successive governments have failed to address the issues concerning agriculture and horticulture that stand devastated in the absence of long term policy and destruction by wild animals, particularly monkeys and wild boar,” points out veteran Dehradun based political observer SMA Kazmi who has been documenting development in the state right from its inception.

Maikhuri goes a step further saying, “What we have in place today is a Vinashkari Vikas Model (Destructive Model of Development) which gets further amplified with promotion of illegal mining and sale of liquor to remote corners. The politicians have been treating the natural resources as the goose laying the golden egg and want to extract all the eggs at once. The people getting small time employment through contractors are resigned to their fate believing this is the best they can achieve. That is why even the family members of some of those who perished in the Chamoli and other disasters believe these to be livelihood hazards.”

It needs to be pointed out that the Nasha Nahin Rozgar Do (Give Employment Not Intoxication) agitation was another people’s movement that rose from the hills of Kumaon and spread across the region in the 1980s.

P.C Tewari who is a senior functionary of the Uttarakhand Parivartan Party that has been raising people’s issues including the fight against the rampant liquor consumption in the hills told this reporter, “What we are witnessing is collaboration of government and media to take the narrative away from genuine issues. Another tragedy is that those who have an understanding of issues prefer to stay away from politics. There are debates on issues but the participants are hardly visible on the ground to actually bring about a change.”

In the past Uttarakhand has seen several agitations led by women against the liquor culture. But this was countered by people bidding for liquor vends in government auctions in the name of women, and trying to subdue their voices.

“It is a sad state of affairs where people’s voices seem to have died down. Very few people are speaking out against the poor health services, pathetic condition of schools, lack of employment, hill agriculture becoming unviable. Those having government employment are least bothered as they have a fixed income coming their way. They also try and succeed in influencing others. Politically also the people see polls as an occasion to make a few thousand rupees instead of looking at them as an opportunity to change the course of their future. They are content with petty doles,” said Yusuf Tewari who is a social activist in Almora.

And according to Anil Joshi of the Himalayan Environmental Studies and Conservation Organization, “When all political discourse is aimed at grabbing power, people’s issues are bound to get ignored. It is the people who now need to decide what they want. We have to be optimistic and hope that with time the people will ensure that changes are made and politicians become accountable.”

One can ask what actually went wrong after the massive agitation for statehood that was fired by the aspirations of the people. According to Indresh Maikhuri, “We need to understand that while the scope of the agitation for statehood was very wide, the movement was politically and ideologically very weak. What happened after the creation of the state was that the very forces against whom the people had fought became their rulers.”

Kazmi thinks that there is no will on the part of any major political party to address the core issues of employment, environment, money-order economy, and saving agriculture and horticulture in the Himalayan state. 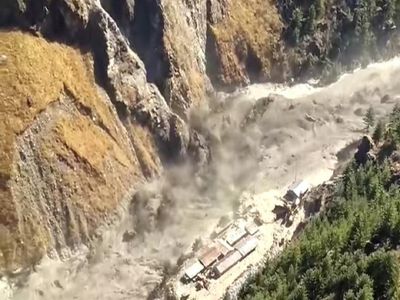