Which Way for Western UP?

Come 2022 and the picture has changed

NEW DELHI: With campaigning over for 58 seats in western Uttar Pradesh on February 8 evening, the most enigmatic question doing the rounds is whether this Muslim and Jat dominated belt will go all out for the Samajwadi Party-RLD combine or succumb once more to the hate-fuelled religious propaganda of the BJP as it had done in 2017.

The Muzaffarnagar riots in 2013 had so divided the voters along religious lines that the BJP literally swept the area. Jats, who form a sizeable community in this region roughly comprising 25% of the population, had completely supported the BJP then, decimating all other parties. This factor had also rendered the sizeable Muslim vote completely irrelevant as it had split between the SP and BSP, giving the BJP an edge. Muslims comprise roughly 27% of the population in this area and it will be interesting to watch which way this vote goes, for it will pave the way for Muslims’ overall voting pattern in the rest of the state.

It is important to remember that Muslims are a sizeable 19% of the population in Uttar Pradesh. In 15 districts, quite a few of which are in western UP, they are over half the population. There are 83 seats in UP where Muslims can influence the election outcome. The BJP had won 62 of these in 2017, while the SP could win only 16, and the Congress and BSP won two each. The RLD, which commands support among Jats, could only win one seat because religious polarization had seen Jats firmly siding with the BJP then.

Come 2022 and the picture has changed. According to ground reports, Yogi’s Hindutva overdose has resulted in a counter polarization, with Muslim voters veering towards the SP-RLD combine.

Prominent Muslim leaders from the state told this writer that UP could witness a West Bengal type polarization of Muslim voters in favour of the SP-RLD alliance. In West Bengal, the TMC had garnered the complete support of its Muslim voters rendering the likes of Asaduddin Owaisi completely irrelevant. Though Owaisi is a much admired leader among Muslim youth in UP, his electoral appeal remains to be tested.

But the huge crowds gathering at his public meetings have caused consternation among senior Muslim leaders. According to one such leader, “Owaisi is very popular among the youth who flock to hear him speak. But it is not clear yet whether this section will vote for him as well because we, as their seniors, have been warning them that voting for Owaisi will pave the way for a BJP government once again.”

In fact so concerned are senior Muslim leaders about Owaisi’s disruptive influence that they have issued public statements warning the youth about its implications. Maulana Sajjad Nomani, who is a senior member of All India Muslim Personal Law Board, has issued an appeal to Owaisi suggesting he should take care not to split the Muslim vote.

“Contest on those seats only where you have a strong possibility of winning. On others enter into alliances,” the cleric has advised Owaisi. It may be mentioned here that Owaisi has announced his party will contest in 100 seats in UP in alliance with smaller outfits.

Senior AIMPLB member and president of the Welfare Party of India, SQR Iliyas, however says the SP-RLD combine looks set to get Muslims’ undivided support because of the communal agenda pursued by the BJP government. “Our feedback is that SP-RLD have an edge,” he says.

According to senior SP leader Sudhir Kumar Panwar, there are other reasons too for the SP-RLD alliance having an edge in western UP. The first and foremost, he says, is the farmers’ agitation, which is impacting the mood in this region cutting across caste and religious boundaries. Although the government was finally compelled to withdraw the three farm laws, farmers are upset with the BJP because the government paid no heed to their arguments for over a year.

“Over 700 farmers died during the agitation but the government paid no heed,” says the SP leader. Besides, the Lakhimpur Kheri incident where the convoy of a minister’s son mowed down farmers has only added fuel to farmers’ anger. Another issue making farmers angry in western UP is cane prices and the long pending arrears. Though big promises are routinely parroted by BJP leaders, nothing happens on the ground.

Another factor which could cost the BJP dearly and result in counter polarization in favour of the SP-RLD is the unwarranted hate mongering in the name of Kairana, which the BJP uses as a symbol of Hindus’ persecution, or kabristaan or Jinnah or jaalidar topi, and other dog whistles against Muslims.

Innuendoes rather than promises of employment make the main body of speeches by almost all BJP leaders. Western UP is an area where the social economic fabric is glued together by Jat-Muslim unity. Efforts to rupture this unity have succeeded in the past but the price everyone paid was high, so people are wary of such things now. 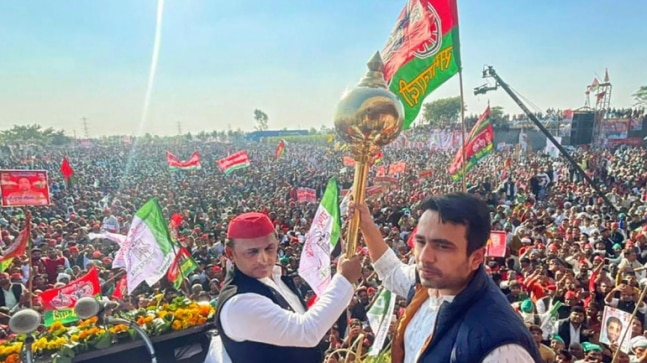