'There Had Been No Problems Before, We Were All Students Together'

'What was the sudden problem?'

CHENNAI: Tensions rose across Karnataka with more and more protests organised against the right of Muslim girls and women to wear hijabs in colleges and schools.

Scenes of young Hindu men and some women, clad in saffron shawls and chanting ‘Jai Shri Ram’ (victory to Ram) heckling a lone Muslim woman on her way to college to submit an assignment went viral on social media.

There were reports of stones being pelted, police perpetrating lathi charges and protests turning violent across the state. In Davangere district, police fired teargas shells reportedly to quell a violent mob, and the administration imposed Section 144 in the town preventing public gatherings.

While the BJP government has made statements in support of uniform rules for all, the opposition Congress has come out in support of the students.

Meanwhile the Karnataka High Court announced a three-day holiday for high schools and colleges across the state.

Raniya Sultana, a student of the BB Hegde First Grade College who was banned from entering the college premises in her hijab, recalls

“Last week we went to our college and we were initially allowed inside. Around 11 the authorities came and told us that due to the prevailing situation, they are forced to send us out unless we remove our hijabs. We said we would not do that. They said the non-Muslim students are offended by it. But this is a practice we had been following since the beginning. What was the sudden problem?

“The next day we returned, but we were stopped at the college gates. They told us we would only be permitted if we remove our hijabs. We refused to do that and stood outside demanding our rights to wear what we choose. Our internal exams were supposed to happen that day and we couldn't take it. Now that the government has announced a three-day holiday, we are waiting for the next announcement.”

Adding, “I don’t know what happened all of a sudden. It definitely looks like political pressure. In fact, just two months ago the management had given us a stand to place our burqas on it. They were very supportive of our rights. Even the boys who wore saffron shawls and started demanding that we should not be allowed to wear hijabs were all supportive of us before this. There had been no problems so far. So it’s very strange what is happening.

“The other students were reacting out of proportion. Their minds have been filled by fanatics. I want to tell them if their religion requires them to wear the shawls, we don’t have any problem with it, why can’t they give us the same courtesy.”

“It is my choice to wear the hijab. No one has forced me to wear it,” said Sultana.

“It has definitely affected our education. We have already missed our exams and I don’t know what the situation is going to be like from now.

“It has also affected our social connections. I heard about a girl who was travelling and a Hindu girl who sat next to her immediately got up and moved away from her. This is not the India I have known all my life. Our own friends are against us now. It is so heartbreaking.

“When so much is happening, how can we focus on our education? Already because of COVID we had been impacted badly. My dreams are to become an IAS officer. Now I’m inspired to address issues like these and bring about harmony and peace. That’s what India was about.”

She added, “Because of poverty and because of the mindsets of Muslim families, where education is not given much importance, the percentage of educated Muslim girls is already low. Incidents like these make it even worse for Muslim girls to be empowered. Nothing should come in the way of education and we should be providing all the support that Muslim girls need to be educated.”

Meanwhile, Nobel laureate and education activist Malala Yousafzai also tweeted in support of those caught by this controversy.

“College is forcing us to choose between studies and the hijab. Refusing to let girls go to school in their hijabs is horrifying. Objectification of women persists – for wearing less or more. Indian leaders must stop the marginalisation of Muslim women.” 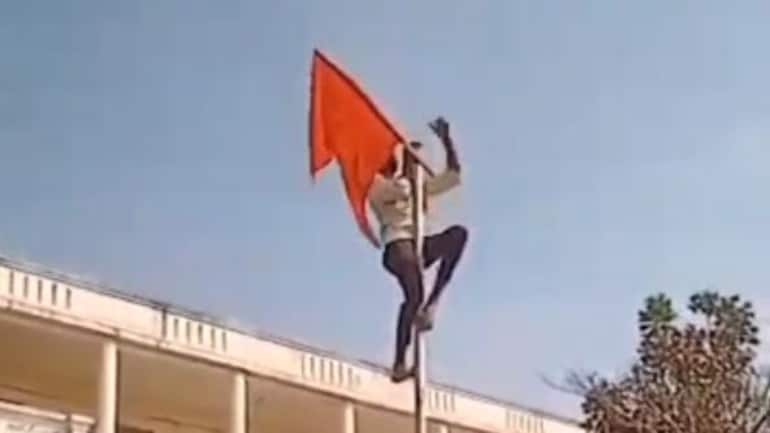